Construction details of switched reluctance motor with six stator poles and four rotor poles can be explained by referring to figure 3.1

CONSTRUCTION AND OPERATION OF SRM

Construction details of switched reluctance motor with six stator poles and four rotor poles can be explained by referring to figure 3.1

The stator is made up of silicon steel stampings with inward projected poles. The number of poles. The number of poles of the stator can be either an even number or an odd number. Most of the motors available have even number of stator poles (6 or 8). All these poles carry field coils. The field coils of opposite poles are connected in series such that their mmf‘s are additive and they are called phase windings. Individual coil or a group of coils constitute phase windings. Each of the phase windings are connected to the terminal of the motor. These terminals are suitably connected to the output terminals of a power semiconductor switching circuitry, whose input is a d.c. supply.

The rotor shaft carries a position sensor. The turning ON and turning OFFoperation of the various devices of the power semiconductor circuitry are influenced by the signals obtained from the rotor position sensor.

Fig. 3.2 shows the block diagram of SRM. Dc supply is given to the power semiconductor switching circuitry which is connected to various phase windings of SRM. Rotor position sensor which is mounted on the shaft of SRM, provides signals to the controller about the position of the rotor with reference to reference axis. Controller collects this information and also the reference speed signal and suitably turns ON and OFF the concerned power semiconductor device to the dc supply. The current signal is also fed back to the controller to limit the current within permissible limits. 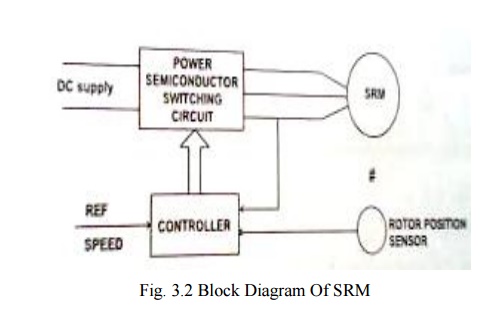 Fig. 3.3 represents the physical location of the axis stator poles and rotor poles of a 6/4 SRM.

To start with stator pole axis AA‘ and rotor pole axis aa‘ are in alignment as shown in fig. 3.3(a). They are in the minimum reluctance position so far as phase windings is concerned. Then dLa/dθ=0. At this position inductance of B windings is neither maximum nor minimum. There exists dLb/dθ and dLc/dθ.

Now if B phase is energized then the rotor develops a torque because of variable reluctance and existences of variation in inductance. The torque developed is equal to (1/2)iB2(dLB/dθ). This direction is such that BB‘ and bb‘ try to get aligned. If this torque is more than the opposing load torque and frictional torque the rotor starts rotating. When the shaft occupies the position such that BB‘ and bb‘ are in alignment (i.e.,) θ=30°, no torque is developed as in this position dLB/dθ=0. [Vide fig. 3.3(b)]

As the speed increases, the load torque requirement also changes. When the average developed torque is more than the load torque the rotor accelerates. When the torques balance the rotor attains dynamic equilibrium position. Thus the motor attains a steady speed. At this steady state condition power drawn from the mains is equal to the time rate of change of stored energy in magnetic circuit and the mechanical power developed.

When the load torque is increased, the speed of the motor tends to fall, so that the power balance is maintained. If the speed is to be develop at the same value, the develop torque is to be increased by increasing the current. Thus more power is drawn from the mains. Vice-versa takes place when the load is reduced. Thus electrical to mechanical power conversion takes place.