Condensation is the process of transition from a vapour to the liquid or solid state. The process is accompanied by liberation of heat energy due to the change 10 phase. When a vapour comes 10 contact with a surface maintained at a temperature lower than the saturation temperature of the vapour corresponding to the pressure at which it exists, the vapour condenses on the surface and the heat energy thus released has to be removed. The efficiency of the condensing unit is determined by the mode of condensation that takes place:

Let us consider a plane vertical surface at a constant temperature, Ts on which a pure vapour at saturation temperature, Tg (Tg > Ts) is condensing. The coordinates are: X-axis along the plane surface wit~ its origin at the top edge and Y-axis is normal to the plane surface as shown in Fig. 11.1. The condensing liquid would wet the solid surface, spread out and form a continuous film over the entire condensing surface. It is further assumed that

(i) the continuous film of liquid will flow downward (positive X-axis) under the action of gravity and its thickness would increase as more and more vapour condenses at the liquid - vapour interface, 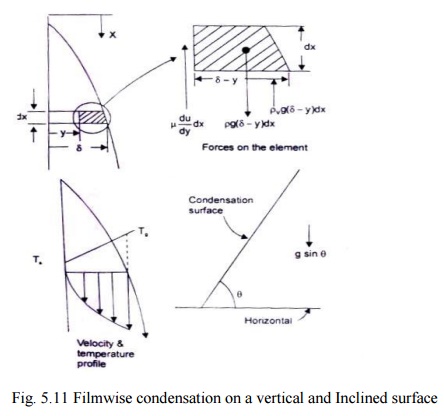 Fig. 5.11 Filmwise condensation on a vertical and Inclined surface

(ii) the continuous film so formed would offer a thermal resistance between the vapour and the surface and would reduce the heat transfer rates,

(iii) the flow in the film would be laminar,

(iv)there would be no shear stress exerted at the liquid vapour interface,

(v) the temperature profile would be linear, and

We choose a small element, as shown in Fig. 11.1 and by making a force balance, we 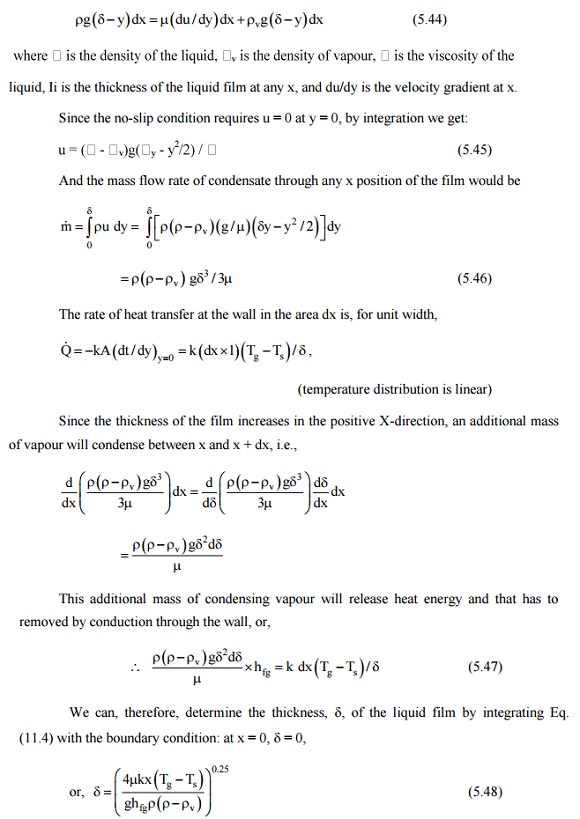 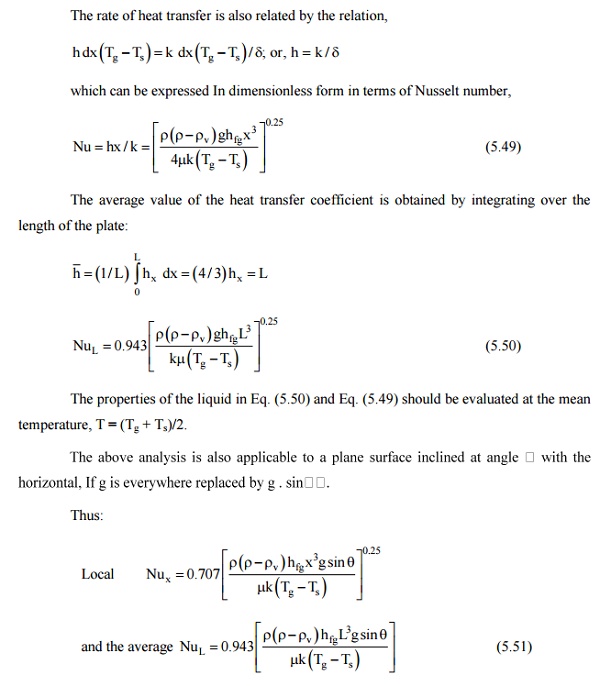 zero, (a horizontal surface) we would get an absurd result. But these equations are valid for condensation on the outside surface of vertical tubes as long as the curvature of the tube surface is not too great.