Class encapsulates the run-time state of a class or interface. Objects of type Class are created automatically, when classes are loaded. You cannot explicitly declare a Class object.

Class encapsulates the run-time state of a class or interface. Objects of type Class are created automatically, when classes are loaded. You cannot explicitly declare a Class object. Generally, you obtain a Class object by calling the getClass( ) method defined byObject. Class is a generic type that is declared as shown here:

Here, T is the type of the class or interface represented. A sampling of methods defined by Class is shown in Table 17-15. 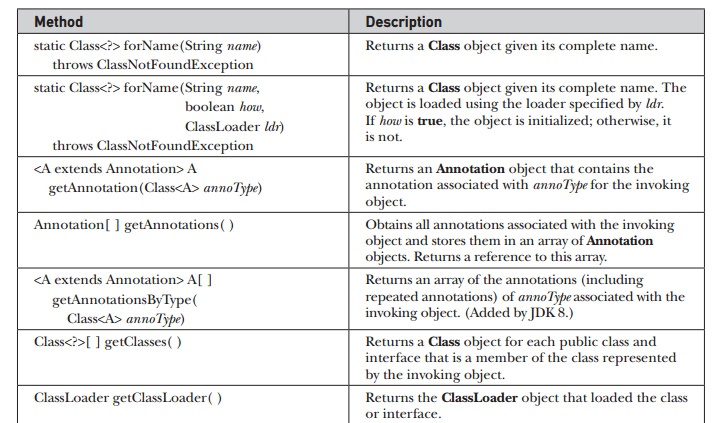 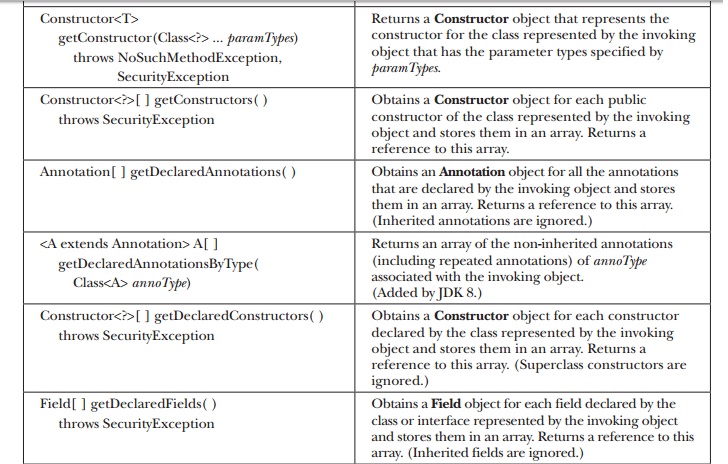 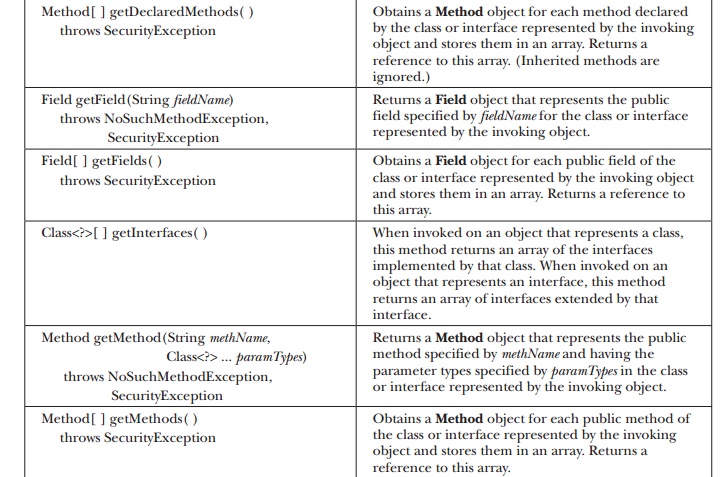 The methods defined by Class are often useful in situations where run-time type information about an object is required. As Table 17-15 shows, methods are provided that allow you to determine additional information about a particular class, such as its public constructors, fields, and methods. Among other things, this is important for the Java Beans functionality, which is discussed later in this book.

The following program demonstrates getClass( ) (inherited from Object) and getSuperclass( ) (from Class):

System.out.println("x is object of type: " +

System.out.println("y is object of type: " +

The output from this program is shown here:

x is object of type: X

y is object of type: Y

The abstract class ClassLoader defines how classes are loaded. Your application can create subclasses that extend ClassLoader, implementing its methods. Doing so allows you to load classes in some way other than the way they are normally loaded by the Java run-time system. However, this is not something that you will normally need to do.