Assembly modeling is a technology and method used by computer-aided design and product visualization computer software systems to handle multiple files that represent components within a product. The components within an assembly are represented as solid or surface models.

Assembly modeling is a technology and method used by computer-aided design and product visualization computer software systems to handle multiple files that represent components within a product. The components within an assembly are represented as solid or surface models.

•         Assembly modeling is a combination of two or more components using parametric relationships.

•         Add other components to the base part using merge commands.

An exploded view consists of series of steps. One can create steps by selecting and dragging parts in graphical area. 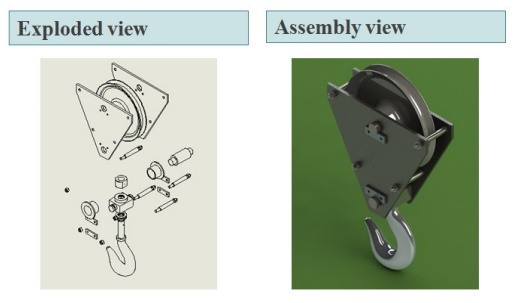 •         The approach is ideal for large assemblies consisting of thousands of parts.

•         The approach is used to deal with large designs including multiple design teams. 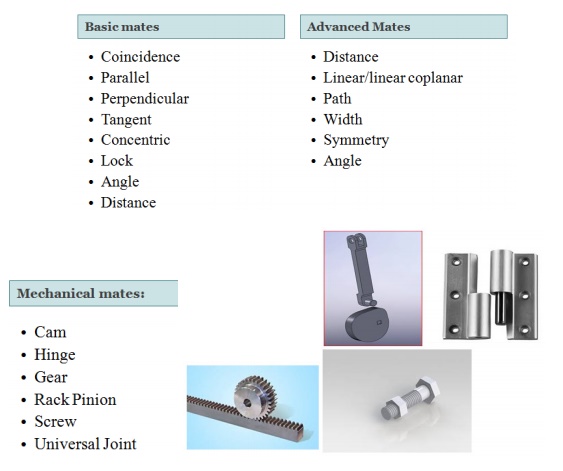 •         Constraints can be used to create permanent relationships between parts 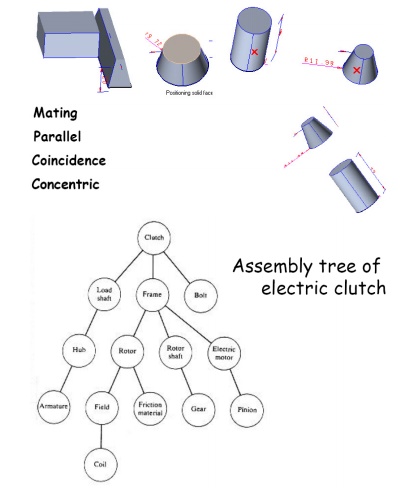 •       potential for parts damage during assembly and part mating

•       occurrence of the need for reworking

•       against: two normal vectors are in against directions

•       Against and fits allows rotation and translation between parts 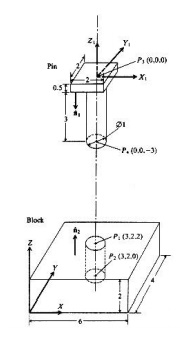 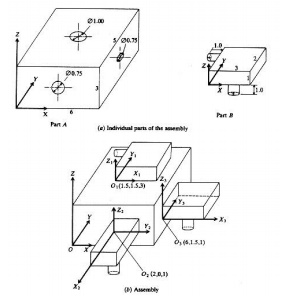 The goal of IAMS is to avoid this expensive and time-consuming process by facilitating semblability checking in a virtual, simulated environment.

In addition to part-part interference checking, the IAMS tool will check for tool accessibility, stability, and ergonomics. 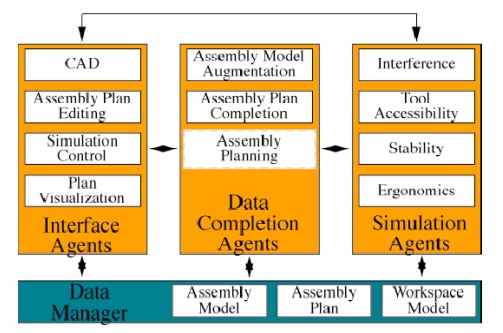 • Designed to show all the possible assembly sequences of a product.

• Each individual assembly operation is assigned a number.

• Diagram is usually organized into columns 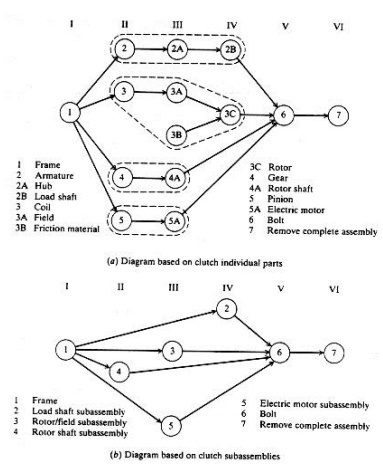 There are three terms used in the limit system:

1.     Tolerance: Deviation from a basic value is defined as Tolerance. It can be obtained by taking the difference between the maximum and minimum permissible limits.

2.     Limits: Two extreme permissible sizes between which the actual size is contained are defined as limits.

3.     Deviation: The algebraic difference between a size and its corresponding basic size. There are two types of deviations: 1) Upper deviation 2) Lower deviation

The fundamental deviation is eith er the upper or lower deviation, depending on which is closer to the basic size.

Due to human erro rs, machine settings, etc., it is nearly impossib le to manufacture an absolute dimension as specified by the designer. Deviation in dimensi ons from the basic value always arises. Thi s deviation of dimensions from the basic v alue is known as Tolerance.

The figure shows mechanical tolerances which occur during operations. 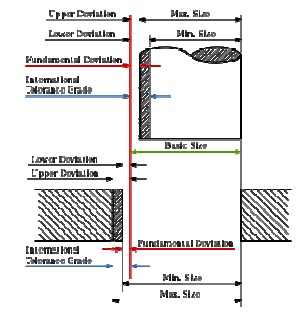 The relation between two mating parts is called fit. Depending upon the actual lim its of the hole or shaft sizes, fits may be classified as clearance fit, transition fit and interference fit.

Transition fit may result in either an interference or clearance, depending upon th e actual values of the tolerance of individual parts.

In identifying limit dimensions for the three classes of fit, two systems are in use:

1.   Hole basis system: The size of the shaft is obtained by subtracting the allowance from the basic size of the hole. Tolerances are then applied to each part separately. In this system, the lower deviation of the hole is zero. The letter symbol indication for this is 'H'.

2.   Shaft basis system: The upper deviation of the shaft is zero, and the size of the hole is obtained by adding the allowance to the basic size of the shaft. The letter symbol indication is 'h'.