What about anions? The major anion involved in electrical ex-citation is chloride.

All the ions we have covered so far are cations. What about anions? The major anion involved in electrical ex-citation is chloride. Figure 4.13 summarizes how it fits into the picture: Because of its opposite charge, chloride actually opposes the excitatory action of Na+, although it closely resembles the latter in its distribution across the cell membrane (cf. table 4.1). The opening of chloride chan-nels therefore will inhibit rather than promote membrane depolarization. Accordingly, chloride channels occur in inhibitory synapses within in the central nervous system. Inhibitory synapses do not trigger action potentials; they rather suppress their formation in nearby excitatory synaps-es that engage the same postsynaptic cell (see Figure 7.1). Such chloride channels are mostly actuated by the inhibito-ry transmitters glycine and GABA (γ-aminobutyric acid). GABA receptors are of central importance in the pharma-cology of anaesthetic and sedating drugs. 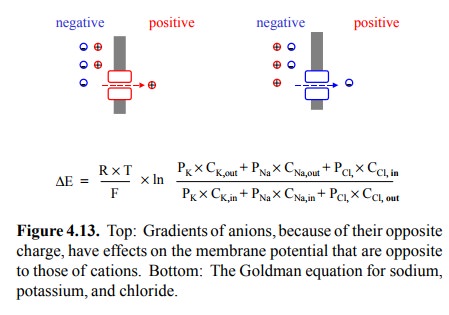 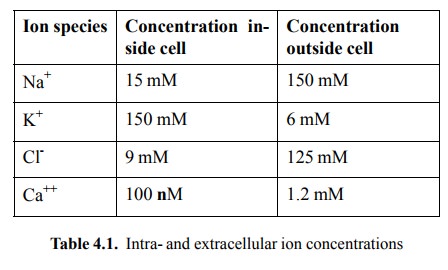