A brief history about the discovery of cells 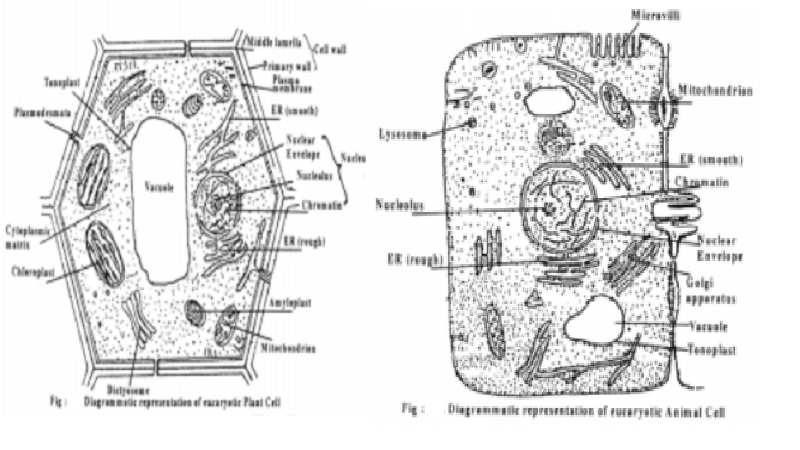 A cell is a structural and functional unit of all living organisms. It is microscopic and capable of independent existence. All living things are made up of cells. The outward differences among the various biological forms may bewilder us. But underlying these differences is a powerful uniformity.

A brief history about the discovery of cells

The study of cell is impossible without microscope. Anton van Leewenhoek (1632-1723) studied the structure of bacteria, protozoa spermatozoa, red blood cells under the simple microscope which he examined under a simple microscope that was designed by him. The word cell was first coined by Robert Hooke in 1665 to designate the empty honey-comb like structures viewed in a thin section of bottle cork which he examined.

In 1838, the German botanist Schleiden proposed that all plants are made up of plant cells. Then in 1839 his colleague, the anatomist Theodore Schwann studied and concluded that all animals are also composed of cells. Even at that time the real nature of a cell was a big question. Cell theory was again rewritten by Rudolf Virchow in 1858.

Robert Brown in 1831 discovered the presence of nucleus in the cells of orchid roots. This was an important discovery. Purkinje coined the term protoplasm for the slimy substance that is found inside the cells. In the 20th century, Various modern micro techniques have been employed in cytological investigation. With the invention of electron microscope in the year 1932 more and more information

about the cell and various organellses of the cells become available to us. On the basis of the structure, the cells are classified into prokaryotic and eukaryotic cells. 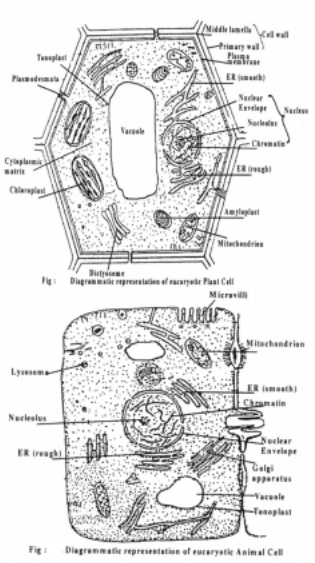 Eukaryotic cells vary very much in shape and size. The smallest cells are found among bacteria (0.2 to 50 microns). The largest plant cell is the ovule of Cycas. The shape of the cells also varies considerably. It may be spherical, polygonal, oval, rectangular, cylindrical, ellipsoidal etc.,