O. Read the story of Neerja Bhanot. Make notes based on the table and complete it. 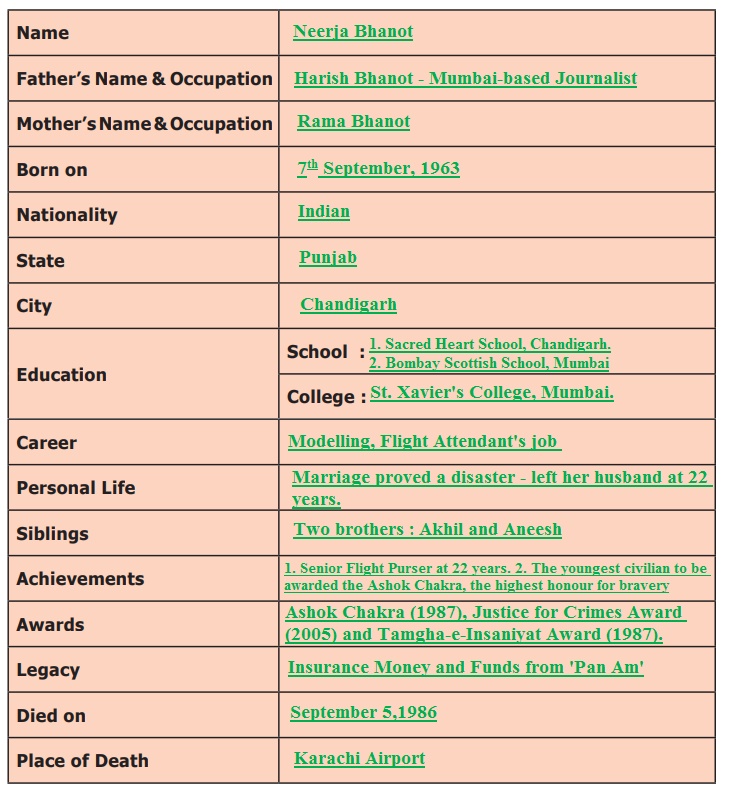 Achievements 1. Senior Flight Purser at 22 years. 2. The youngest civilian to be awarded the Ashok Chakra, the highest honour for bravery

Legacy : Insurance Money and Funds from 'Pan Am'

P. “Heroes are ordinary people who do extraordinary things.” Write an anecdote on the extraordinary deed of Jaiswal K.P. who helped in the recent Kerala Flood. Use the tips given in the box. 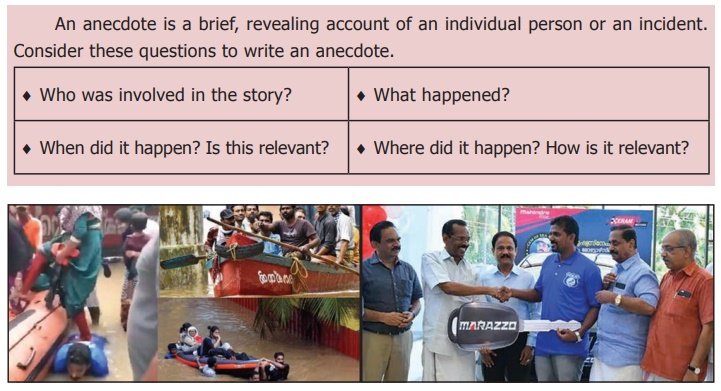 Who was involved in the story?

Answer: Jaiswal. K.P. was involved in the story.

What, when, where happened?

Answer: In the year 2018 August there was severe flood in Kerala due to high rainfall. 483 people died. 140 people were said to be missing. Due to flood, there were landslides 1,50,000 people were evacuated. Several districts were isolated. Traffic became impossible. Coastel areas were submerged.

How is it relevant?

Answer: J.P. Kaiswal is a resident of Tanur. He helped an elderly woman step into an, inflatable boat. The fishermen and local residents helped the victims of flood to a great extent.