Western Education and its Impact

Western Education and its Impact

(a) Education in Pre-British India

Education in pre-colonial India was characterised by segmentation along religious and caste lines. Among the Hindus, Brahmins had the exclusive privilege to acquire higher religious and philosophical knowledge. They monopolised the education system and occupied positions in the society, primarily as priests and teachers. They studied in special seminaries such as Vidyalayas and Chatuspathis. The medium of instruction was Sanskrit, which was considered as the sacred language. Technical knowledge – especially in relation to architecture, metallurgy, etc. – was passed hereditarily. This came in the way of innovation. Another shortcoming of this system was that it barred women, lower castes and other under-privileged people from accessing education. The emphasis on rote learning was another impediment to innovation.

(b) Contribution of Colonial State: Macaulay System of Education

The colonial government aided the spread of modern education in India for a different reason than educating and empowering the Indians. To administer a large colony like India, the British needed a large number of personnel to work for them. It was impossible for the British to import the educated lot, needed in such large numbers, from Britain. With this aim, the English Education Act was passed by the Council of India in 1835. T.B. Macaulay drafted this system of education introduced in India. Consequently, the colonial administration started schools, colleges and universities, imparting English and modern education, in India. Universities were established in Bombay, Madras and Calcutta in 1857. The colonial government expected this section of educated Indians to be loyal to the British and act as the pillars of the British Raj.

T. B. Macaulay was India’s first law member of the Governor General in Council from 1834 to 1838. Before Macaulay arrived in India the General Committee of Public Instruction was formed in 1823 with the responsibility to guide the East India Company on the matter of education and the medium of instruction. The Committee was split into two groups. The Orientalist group advocated education in vernacular languages. The Anglicists advocated Western education in English. 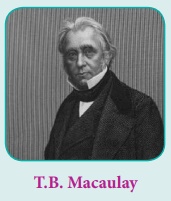 Macaulay was on the side of Anglicists and wrote his famous ‘Minute on Indian Education’ in 1835. In this Minute, he argued for Western education in the English language. His intention behind supporting the Anglicists was that he wanted to create a class of persons from within India who would 'be Indian in blood and colour, but English in taste, in opinion, in morals and in intellect'.

The British created an educated Indian middle class for their own ends but sneered at it as the Babu class. That very class, however, became the progressive intelligentsia of India and played a leading role in mobilising the people for the liberation of the country. 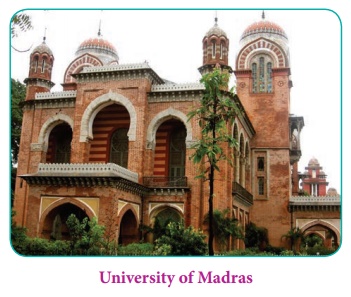 The economic and administrative transformation on the one side and the growth of Western education on the other gave the space for the growth of new social classes. From within these social classes, a modern Indian intelligentsia emerged. The “neo-social classes” created by the British Raj, which included the Indian trading and business communities, landlords, money lenders, English-educated Indians employed in imperial subordinate services, lawyers and doctors, initially adopted a positive approach towards the colonial administration. However, soon they realised that their interests would be better served only in independent India. People of the said social classes began to play a prominent role in promoting patriotism amongst the people. The consciousness of these classes found articulation in a number of associations prior to the founding of the Indian National Congress at the national level.

Raja Ram Mohan Roy, Ishwar Chandra Vidyasagar, Swami Vivekananda, Aurobindo Ghose, Gopala Krishna Gokhale, Dadabhai Naoroji, Feroz Shah Mehta, Surendra Nath Banerjea and others who belonged to modern Indian intelligentsia led the social, religious and political movements in India. Educated Indians had exposure to ideas of nationalism, democracy, socialism, etc. articulated by John Locke, James Stuart Mill, Mazzini, Garibaldi, Rousseau, Thomas Paine, Marx and other western intellectuals. The right of a free press, the right of free speech and the right of association were the three inherent rights, which their European counterparts held dear to their heart, and the educated Indians too desired to cling to. Various forums came into existence, where people could meet and discuss the issues affecting their interests. This became possible now at the national level, due to the rapid expansion of transport network and establishment of postal, telegraph and wireless services all over India.

One of the earliest initiatives to impart modern education among Indians was taken up by the Christian missionaries. Inspired by the proselytizing sprit, they attacked polytheism and caste inequalities that were prevalent among the Hindus. One of the methods adopted by the missionaries, to preach Christianity, was through modern secular education. They provided opportunities to acquire education to the underprivileged and the marginalised sections, who were denied learning opportunities in the traditional education system. However only a very small fraction converted to Christianity. But the challenge posed by Christianity led to various social and religious reform movements. 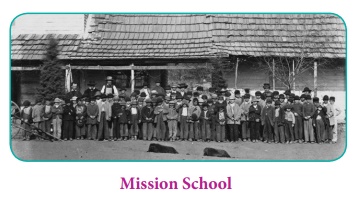