One of the first attempts to organise and vent the grievances against the British came through the formation of the Madras Native Association (MNA) on 26 February 1852. 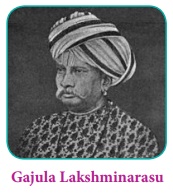 An association of landed and business classes of the Madras Presidency, they expressed their grievances against the Company’s administration in the revenue, education and judicial spheres. Gajula Lakshminarasu, who inspired the foundation of MNA, was a prominent businessman in Madras city.

The Association presented its grievances before British Parliament when it was discussing the East India Company’s rule in India before the passing of the Charter in 1853. In a petition submitted in December 1852, the MNA pointed out that the ryotwari and zamindari systems had thrown agricultural classes into deep distress. It urged the revival of the ancient village system to free the peasantry from the oppressive interference of the zamindars and the Company officials. The petition also made a complaint about the judicial system which was slow, complicated and imperfect. It pointed out that the appointment of judges without assessing their judicial knowledge and competence in the local languages affected the efficiency of the judiciary. The diversion of state funds to missionary schools, under the grants-in-aid system, was also objected to in the petition.

The MNA petition was discussed in the Parliament in March 1853. H. D. Seymour, Chairman of the Indian Reform Society, came to Madras in October 1853. He visited places like Guntur, Cuddalore, Tiruchirappalli, Salem and Tirunelveli. However, as the Charter Act of 1853 allowed British East India Company to continue its rule in India, the MNA organised an agitation for the transfer of British territories in India to the direct control of the Crown. MNA sent its second petition to British Parliament, signed by fourteen thousand individuals, pleading the termination of Company rule in India.

The life of MNA was short. Lakshminarasu died in 1866 and by 1881, the association ceased to exist. Though the MNA did not achieve much in terms of reforms, it was the beginning of organised effort to articulate Indian opinion. In its lifetime, the MNA operated within the boundaries of Madras Presidency. The grievances that the MNA raised through its petitions and the agitations it launched were from the point of view of the elite, particularly the landed gentry of Madras Presidency. What was lacking was a national political organisation representing every section of the society, an organisation that would raise the grievances and agitate against the colonial power for their redress. The Indian National Congress filled this void.

After the Madras Native Association became defunct there was no such public organisation in the Madras Presidency. As many educated Indians viewed this situation with dismay, the necessity for a political organisation was felt and in May 1884 the Madras Mahajana Sabha was organised. In the inaugural meeting held on 16 May 1884 the prominent participants were: G. Subramaniam, Viraraghavachari, Ananda Charlu, Rangiah, Balaji Rao and Salem Ramaswamy. With the launch of the Indian National Congress, after the completion of the second provincial conference of Madras Mahajana Sabha, the leaders after attending the first session of the Indian National Congress (INC) in Bombay amalgamated the MMS with the INC.

The idea of forming a political organisation that would raise issues and grievances against the colonial rule did not emerge in a vacuum. Between 1875 and 1885 there were many agitations against British policies in India. The Indian textile industry was campaigning for imposition of cotton import duties in 1875. In 1877, demands for the Indianisation of Government services were made vociferously. There were protests against the Vernacular Press Act of 1878. In 1883, there was an agitation in favour of the Ilbert Bill. 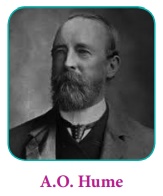 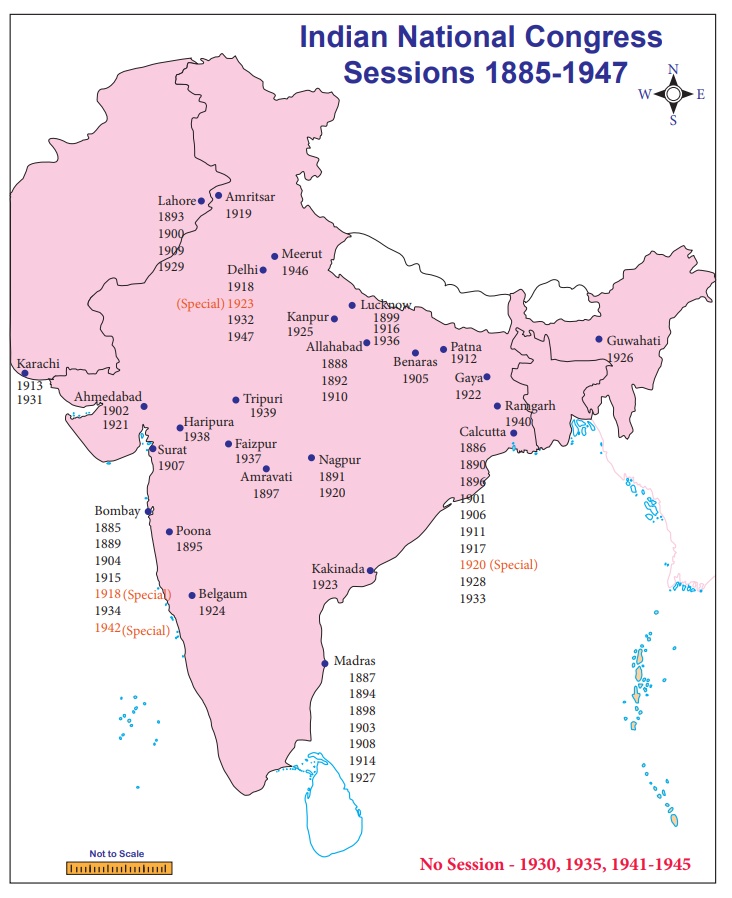 In December 1884, Allan Octavian Hume, a retired English ICS officer, presided over a meeting of the Theosophical Society in Madras. The formation of a political organisation that would work on an all India basis was discussed and the idea of forming the Indian National Congress emerged in this meeting. The Indian National Congress was formed on 28 December 1885 in Bombay. Apart from A.O Hume, another important founding member was W C. Bonnerjee, who was elected the first president. 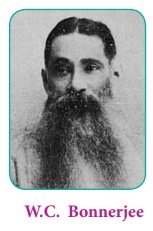 Though the activities of the INC then revolved around petitions and memoranda, from the very beginning the founders of the INC worked to bring every section of the society into its ambit. One of the main missions of the INC was to weld the Indians into a nation. They were convinced that the struggle against the colonial rule will be successful only if Indians saw themselves as the members of a nation. To achieve this, the INC acted as a common political platform for all the movements that were being organised in different parts of the country. The INC provided the space where the political workers from different parts of the country could gather and conduct their political activities under its banner. Even though the organization was small with less than a hundred members, it had an all-India character with representation from all regions of India. It was the beginning of the mobilisation of people on an all-India basis.

The major objectives and demands of INC were

High land revenue was one of the major factors that contributed to the oppression of the peasants. It demanded reduction in the land revenue and protection of peasants against exploitation of the zamindars. The Congress also advocated the imposition of heavy tax on the imported goods for the benefit of swadeshi goods.

Higher officials who had responsibility of administration in India were selected through civil services examinations conducted in Britain. This meant that educated Indians who could not afford to go to London had no opportunity to get high administrative jobs. Therefore, Indianisation of services through simultaneous Indian Civil Services Examinations in England and India was a major demand of the Congress.

Because of the partial treatment against the Indian political activists by English judges it demanded the complete separation of the Executive and the Judiciary.

The early nationalists in the INC came from the elite sections of the society. Lawyers, college and university teachers, doctors, journalists and such others represented the Congress. However, they came from different regions of the country and this made INC a truly a national political organisation. These leaders of the INC adopted the constitutional methods of presenting petitions, prayers and memorandums and thereby earned the moniker of “Moderates”. It was also the time some sort of an understanding about colonialism was evolving in India. There was no ready-made anti-colonial understanding available for reference in the late nineteenth century when the INC was formed. It was the early nationalists who helped the formulation of the idea of we as a nation. They were developing the indigenous anti-colonial ideology and a strategy on their own which helped future mass leaders like M. K Gandhi.

From the late 1890s there were growing differences within the INC. Leaders like Bipin Chandra Pal, Bal Gangadhar Tilak and Lala Lajpat Rai were advocating radical approaches instead of merely writing petitions, prayers and memorandums. These advocates of radical methods came to be called the “extremists” as against those who were identified as moderates. Their objective became clear in 1897 when Tilak raised the clarion call “Swaraj is my birth right and I shall have it”. Tilak and his militant followers were now requesting Swaraj instead of economic or administrative reforms that the moderates were requesting through their petitions and prayers.

Though they criticised each other, it would be wrong to place them in the opposing poles. Both moderates and militants, with their own methods, were significant elements of the larger Indian nationalist movement. In fact, they contributed towards the making of the swadeshi movement. The partition of Bengal in 1905, by the colonial government, which you will be studying in the next lesson, was vehemently opposed by the Indians. The swadeshi movement of 1905, directly opposed the British rule and encouraged the ideas of swadeshi enterprise, national education, self-help and use of Indian languages. The method of mass mobilisation and boycott of British goods and institutions suggested by the radicals was also accepted by the Moderates. 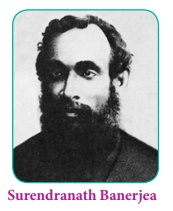 Both the Moderates and the Radicalswere of the same view when it came to accepting the fact that they needed to fulfil the role of educators. They tried to instil nationalist consciousness through various means including the press. When the INC was founded in 1885, one-third of the members were journalists. Most stalwarts of the early freedom movement were involved in journalism. Dadabhai Naoroji founded and edited two journals called Voice of India and RastGoftar. Surendranath Banerjea edited the newspaper called Bengalee. Bal Gangadhar Tilak edited Kesari and Mahratta. This is the means that they used to educate the common people about the colonial oppression and spread nationalist ideas. News regarding the initiatives taken by the INC were taken to the masses through these newspapers. For the first time, in the history of India, the press was used to generate public opinion against the oppressive policies and acts of the colonial government. 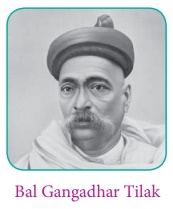 Bal Gangadhar Tilak was a firm believer that the lower middle classes, peasants, artisans and workers could play a very important role in the national movement, He used his newspapers to articulate the discontent among this section of the people against the oppressive colonial rule. He called for national resistance against imperial British rule in India. On 27 July 1897, Tilak was arrested and charged under Section 124 A of the Indian Penal Code. Civil liberty, particularly in the form of freedom of expression and press became the significant part of Indian freedom struggle.