Voting and Procedures of Voting 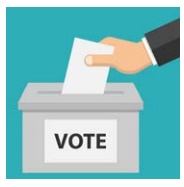 The word ‘Vote’ originated in Latin word ‘Votum’ indicating wishes or desire. By casting his vote one formally declaring his opinion or wish in favour of or against a proposal or a candidate to be elected for an office. The proposals passed across the table of any company depend mainly on the votes cast by the board of directors. Every motion or proposal is subject to the approval of the majority of the members or shareholders can cast their votes only on the occasions in which they want establish their rights according to the section 47 of the company Act, 2013.

There are two distinct procedures of voting viz., Open and Secret procedures.

This type of voting has no secrecy as the all the members assembled can see voting. There are two popular methods of open voting namely voice voting and voting by show of hands.

Voice voting is a popular type of voting in which the chairman allows the members to raise their voice in favour or against an issue ‘Yes’ for approval and ‘No’ for rejection. Chairman announces the result of voice voting on the basis of strength of words shouted. It is an unscienfic method. It cannot be employed for deciding complex issue. 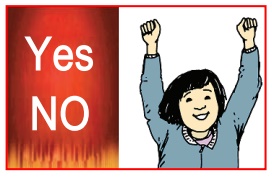 Under this method the chairman, requests the members to raise their hands of those who are in favour of the proposal or candidate and then requests those are against. Then the chairman counts the number of hands raised for Yes and No respectively can announce the result on the basis of hands counted.

Secret procedure is adopted to decide certain vital issues. It is a popular voting method that could maintain the secrecy of the voter.

Under this system, ballot paper bearing serial number is given to themembers to record their opinion by marking with the symbol or Shareholders have to cast their vote in a secret chamber and put the ballot paper into the ballot box. The chairman opens the ballot box in the presence of tellers or scrutinizers and counts the votes. He rejects the defective or wrongly marked ballot papers. The votes are counted and the results are announced. 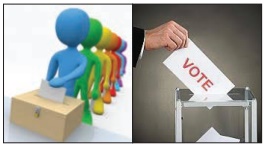 Big companies or big associations having members scattered all over the country follow this method of voting. Under this method serially numbered ballot papers are sent by post in sealed covers to the members,who, living at a distant place, are unable to attend the meeting physically. The members or voters fill in the ballot papers and return them in sealed covers which are opened when the ballot box is opened for counting the votes. 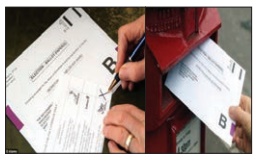 There is another requirement of quorum. A single person does not contain a meeting so it has to be seen that the required number of people are present. Requisite number of person at the meeting is called as quorum.

Proxy means a person being the representative of a shareholder at the meeting of the company who may be described as his agent to carry out which the shareholder has himself decided upon. Proxy can be present at the meeting and he cannot vote.

Study the websites which are related to company functions www.bseindia.com

1. Mr R, as the secretary of the Muraliviki Co., signed a letter to its bank, forwarding a ‘resolution' of the board of directors. The resolution named three directors and instructed the bank to pay cheques signed by any two of them and countersigned by the secretary. Specimen signatures were attached. The instruction was entirely in accordance with the company's memorandum and articles. However, there had never been any proper appointment of directors or a secretary by the company. Those who had formed the company had assumed their roles. Following the letter, the bank had honoured cheques in accordance with the instructions contained in the letter. The question was, whether, the company was bound by the cheques. Comment.

2. A contract between Muthumani Ltd and Mr. V, one of its director is referred to a general meeting for its approval. At the meeting, Mr. V voted for the resolution and all others against it. But as V held majority of shares and was entitled to majority of votes, the resolution was passed. Is the contract binding on the company?

Stakeholders of the company include shareholders, employees, customers, suppliers, financiers, governments and the society.