Since the amendment of the Companies Act in 1994, only a person having prescribed qualifications can be appointed secretary of a company.

Since the amendment of the Companies Act in 1994, only a person having prescribed qualifications can be appointed secretary of a company. Apart from the statutory qualifications, he should also have other qualifications as may be necessary to conduct the affairs of the company. 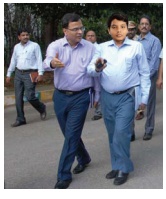 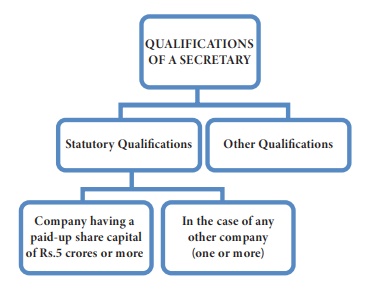 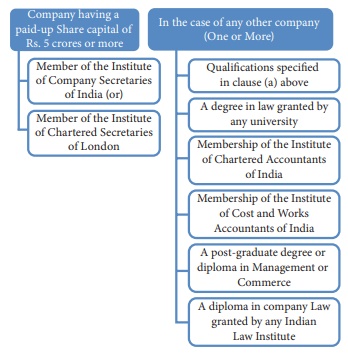 A (i) In case of a company having a paid-up share capital of ₹5 crore or more, the Secretary must be a member of the Institute of Company Secretaries of India incorporated under the Companies Act, 1956, and licensed under Sec. 25 of that Act.

(ii) A person who is a member of the Institute of Chartered Secretaries of London shall also be eligible for appointment as Secretary of such a company.

(B) In the case of any other company, one or more of the following qualifications shall have to be possessed by the Secretary:

(i) Qualifications specified in clause (a) above;

(ii) A degree in law granted by any university.

(iii) Membership of the Institute of Chartered Accountants of India.

(iv) Membership of the Institute of Cost and Works Accountants of India.

(v) A post-graduate degree or diploma in Management or Commerce granted by any university or the Indian Institute of Management.

(vi) A diploma in Company Law granted by any Indian Law Institute. 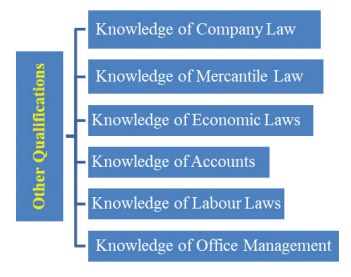