Viscosity of a Liquid By Stoke’s Method

VISCOSITY OF A LIQUID BY STOKE’S METHOD 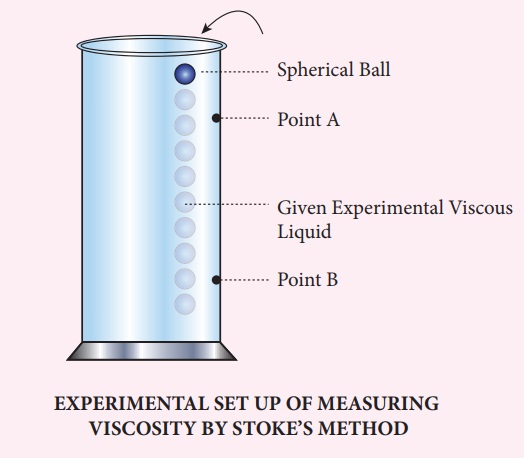 ·         Fill the glass jar with the given experimental liquid.

·         Two points A and B are marked on the jar. The mark A is made well below the surface of the liquid so that when the ball reaches A it would have acquired terminal velocity V.

·         The radius of the metal spherical ball is determined using screw gauge.

·         Note the distance between A and B and use it to calculate terminal velocity.

·         Now repeat the experiment for different distances between A and B. Make sure that the point A is below the terminal stage.