Debenture means a document issued by a company to raise finance.

Debenture means a document issued by a company to raise finance. It is an acknowledgement of a debt which is given under the common seal of the company. 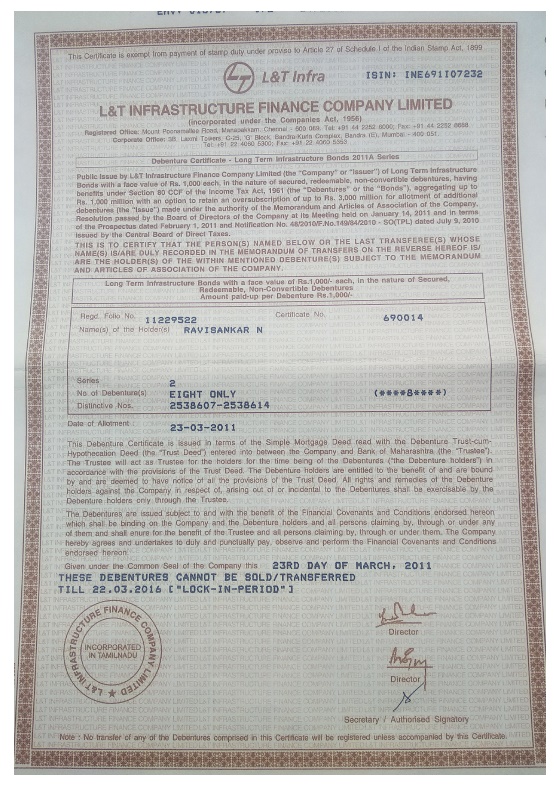 2. Bearer Debentures: Bearer Debentures are those which are transferred by mere delivery and company does not keep any record of debenture holders name and address. Payment of interest is made on submission on coupons attached to the debentures.

3. Secured Debentures or Mortgage Debentures: Mortgage debentures are those debentures that are secured either on a particular asset called fixed charge or on general assets of the company called floating charge. Mortgage debentures are also called collateral debentures. In this case, debentures may also be issued to banks and financial institutions as addition or subsidiary security along with certain principal security. Lending institutions can exercise their right as debenture-holders, if the company does not pay its loan and the principal security falls short.

4. Un-secured or Naked Debentures: Naked debentures are those which are not secured, companies of very good standing are able to issue Debentures of this type. They are not very common.

Debentures are redeemable in the following manner:

(i) At the expiry of a specified period at par or at a premium.

(ii) Through purchase in the open market any time, at the price prevailing in the market.

Auditor's Duty in Verification of Debentures

The auditor should note the following points while verifying debentures: 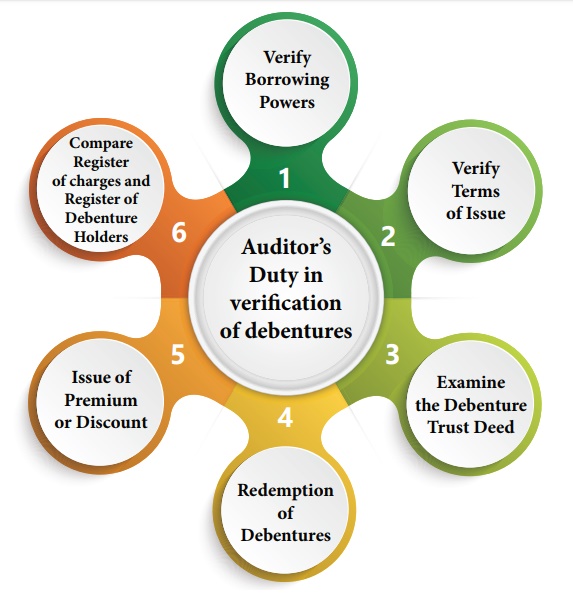 1. Verify Borrowing Powers: The auditor should verify the Memorandum and Articles of Association of the company and verify whether the company has got the power to issue debentures and ascertain the borrowing limits of the company.

2. Verify Terms of Issue: He should ensure that the terms of the issue have been complied with.

5. Issue at Premium or Discount: He should examine whether premium or discount on issue of Debentures are properly disclosed in the Balance Sheet.