Wireless communication plays a significant role in day to day life. The term wireless refers to the communication or transmission of information over a distance without requiring wires, cables or any other electrical conductors.

The Communication is set and the information is transmitted through electromagnetic waves like radio frequencies, infrared, satellite, etc., in a wireless communication technology network.

It is named after a Danish king named Harald Bluetooth. Bluetooth is used to connect different electronic devices wirelessly to a system for transferring and sharing data. Cell phones are connected to hands-free earpieces, wireless keyboard, mouse and mike to laptops with the help of Bluetooth as it transmits information from one device to other device. 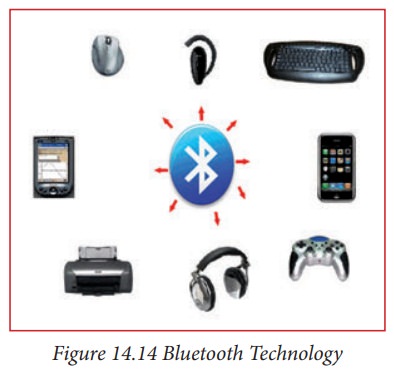 Infrared technology is a type of wireless communication technology to transfer data between two infrared enabled devices through infrared radiation. This technology plays very important role in wireless data communication. Infrared is used in devices such as the mouse, wireless keyboard and printers.

Unlike Wi-Fi and Bluetooth technologies, infrared network signals cannot penetrate walls or other obstructions and work only with a direct line of sight. 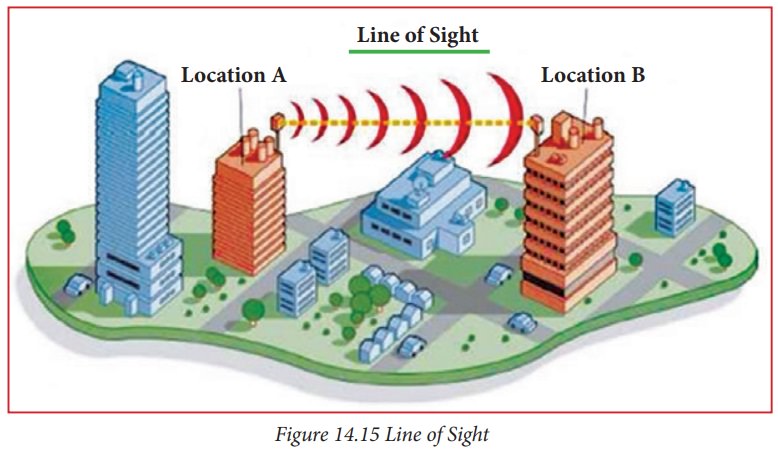 Wi-Fi is a low-cost wireless communication technology. A WiFi setup consists of a wireless router which serves a communication hub, linking portable device with an internet connection. This network facilitates connection of many devices depending on the router configuration. These networks are limited in range due to the low power transmission, allowing the user to connect only in the close proximity. 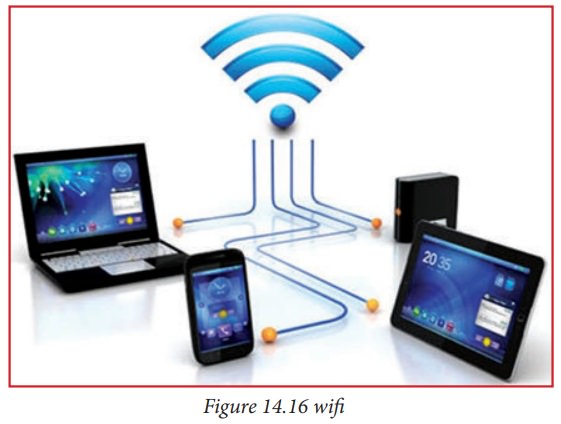 • A radio link is a wireless connection (also called wireless Point-to-Point connection) between two nodes, or radio units, in a data network.

• Each radio unit consists of a transceiver (a device that can both send and receive communication) and a highly directive antenna. The antenna only emits or receives power in the direction it is pointing.

• The two radio units are mounted and are directed towards each other with no obstacles, such as buildings, in between them that can hinder or disturb the transmission.

• As the connection is very directive it enables very high signal to noise ratio and thereby high data rates.

• The primary downside is that radio links require direct so called line-of-sight for optimum performance. Compared to fibre the connection is less stable as bad weather can interrupt the connection, in particular at higher frequencies.

• One of the reasons microwave links are so adaptable is that they are broadband.

• They require no equipment or facilities between the two terminal points, so installing a microwave link is often faster and less costly than a cable connection.

• Satellite communication is one of the wireless technologies, used to transfer the signals from the transmitter to a receiver with the help of satellites.

• It is widely spread all over the world allowing users to stay connected virtually anywhere on the Earth.

• The Satellites used in this mode of communication, communicate directly

with the orbiting satellites via radio signals.

• The process of satellite communication begins at an earth station. Here an installation is designed to transmit and receive signals from a satellite in orbit around the earth.