Network Topology is the schematic description of a network arrangement, connecting various nodes (sender and receiver) through lines of connection.

Network Topology is the schematic description of a network arrangement, connecting various nodes (sender and receiver) through lines of connection.

Bus topology is a network type in which every computer and network device is connected to a single cable. All devices are connected to a common backbone. Maximum nodes that can be attached are 30.

1. It transmits data only in one direction.

2. Every device is connected to a single cable. 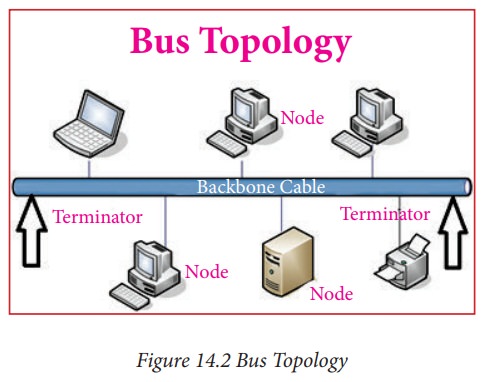 1. It is cost effective.

2. Installation of device is easy.

3. Cable required is least compared to other network topology.

2. It is difficult to isolate problems due to single cable.

3. If network traffic is heavy or nodes are more the performance of the network decreases.

4. Cable has a limited length. 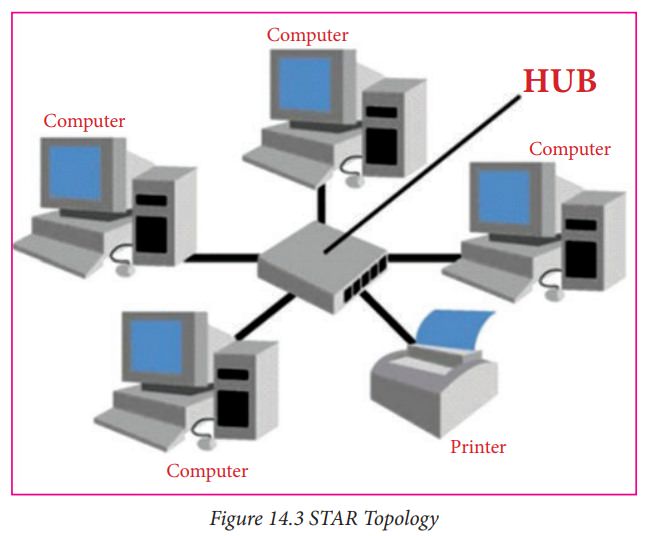 1. In this type, every node has its own dedicated connection to the hub.

2. The hub acts as a repeater for data flow.

1. The performance is fast with few nodes and low network traffic.

2. The hub can be upgraded easily.

3. It is easy to troubleshoot, to setup and modify.

4. Only the failed node will get affected, and the rest can work smoothly.

1. If the hub fails then the whole network is stopped because all the nodes depend on the hub.

1. It is ideal if workstations or nodes are located in groups.

2. It can be used in Wide Area Network.

1. The expansion of nodes is possible in this type.

2. It will be easily managed and maintained.

3. The error detection can be done easily.

1. If more nodes are added maintenance is difficult.