Cyber law is the part of the overall legal system that deals with the Internet, cyberspace, and their respective legal issues.

Cyber law is the part of the overall legal system that deals with the Internet, cyberspace, and their respective legal issues. Cyber law covers a fairly broad area including freedom of expression, access to and usage of the Internet and online privacy. Cyber law has been referred to as the Law of the Internet. 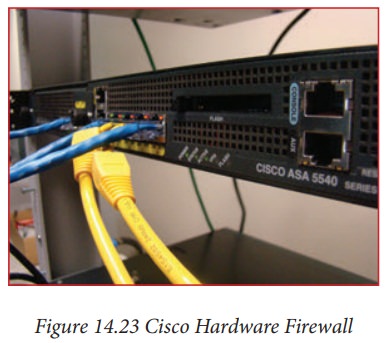 A firewall is a network security system, either hardware- or software-based, that uses rules to control incoming and outgoing network traffic. A firewall acts as a barrier between a trusted network and an untrusted network.

A firewall controls access to the resources of a network through a positive control model. This means that the only traffic allowed onto the network is defined in the firewall policy all other traffic is denied.

Cookies are small files which are stored on a user's computer. They are designed to hold a modest amount of data specific to a particular client and website, and can be accessed either by the web server or the client computer.

Computer hacking refers to the practice of modifying or altering computer software and hardware to accomplish a goal that is considered to be outside of the creator's original objective. Those individuals who engage in computer hacking activities are typically referred to as “hackers.”

A cracker is someone who breaks into someone else's computer system, often on a network; bypasses passwords or licenses in computer programs; or in other ways intentionally breaches computer security.