A representative democracy is the system of government in which all qualified citizens vote to elect their representatives based on the constituencies divided by the population or eligible voters.

People elect their representatives to power to run the government through political parties according to their views on ideology, principle, policies and programme for their socio-political and economic development. The parties are allowed to have choose the candidates on their own to attract the masses and winning chances.

During the election they announce to the people about their programmes and policies are known as the ‘party manifesto’. A transforming country like India, every national and regional party used to release their election manifesto to have a direction and trajectory of their future plan of action so as to win the confidence of the masses.

Representative Democracy is closely associated with Liberal Democracy which describes the political system which originated in the USA and Western Europe and has subsequently been adopted in numerous Third World countries and may gradually be well established in the former USSR and its former states in Eastern Europe. Liberal Democratic regimes may be classified as either Presidential or Parliamentary systems and there are also important variations within these broad categories. Representative democracies are based upon numerous interconnected principles:

The existence of regular, free, fair elections based upon universal suffrage and secret ballots under the supervision of Election Commission as an independent body.

·              The existence of electoral laws supervised by an independent judiciary.

The sessions could be watched in the television where the MLAs and MPs of our constituencies raising issues related to their particular constituencies.

This can be practiced for electing the Leader of the Class through a secret ballot system according to the wish of students.

Student parliament can be organized to take part in discussion with parliamentary procedures. Case Study

MORE THAN A SYMBOLIC CELEBRATION

We must step up our common efforts to make the U.N.Declaration of the Right of Indigenous Peoples something more than a mere pledge of intent.

The estimated 370 million indigenous peoples need and deserve more than just symbolic celebrations on August 9, when they commemorate everywhere the International Day devoted to the reaffirmation of the value and resilience of indigenous life and cultures. After centuries of repression, they need comprehensive tools to defend their human rights, their way of life, and their aspirations. 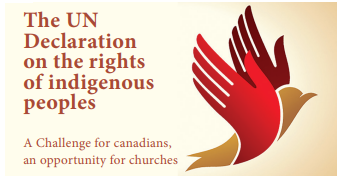 One such tool is the U.N.Declarasion on the Rights of Indigenous peoples. It established their right to self-determination and to maintain and strengthen their district political, legal, economic, social and cultural institutions, while retaining their right to participate fully in public life. Crucially, this document underscored indigenous peoples’ right to preserve or freely dispose of and trade, their traditional lands and resources.

Following negotiations that spanned more than two decades, the Declaration was adopted in September 2007 by the General Assembly with the support of 143 Member States. This support keeps expanding. Significally, Colombia and Australia – two of the countries that originally did not approve the text have now endorsed the Declaration. These developments are encouraging, but we must continue to strive for universal acceptance of this crucial document. 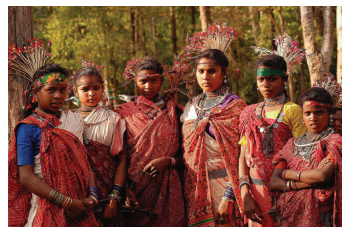 Such acceptance is key to counter the daily hardship and discrimination that indigenous people endure. It is estimated that at least one in every ten indigenous peoples in the world is facing extreme poverty. These peoples are more likely to receive inadequate health services and poor education – if any at all. Economic development plans often bypass them or do not take into sufficient consideration their particular needs and traditions. Other decision making processes are often equally contemptuous of, or indifferent to, their contribution and customs. As a result, law and policies designed by majorities with the regarded to indigenous concerns frequently lead to land disputes and conflicts over natural resources that threaten the way of life and the very survival of indigenous peoples.

We must step up our common efforts to make the Declaration something more than a mere pledge of intent. We must translate its letter and spirit into concrete change – change that can be felt in indigenous peoples daily lives. 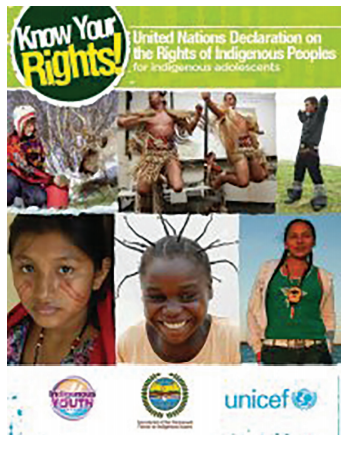 With reference to the U.N. Declaration on the Rights of Indigenous Peoples answer the following questions:

Give three reason for the importance of Indigenous Rights today.

Write in your own words that the Indigenous rights are inalienable, interdependent and indivisible?

Participatory democracy is been promoted to achieve equity reversing the concept of equality. In the recent days participatory democracy is a process that enables and ensures the wider participation of constituents in the direction and operation of political systems. Democracy tends to support more involved forms of citizen participation than traditional representative democracy. A civil society based concept, participatory democracy attempts to create opportunities for all members of a group to make expressive contributions to decision-making, and to increase the range of access to such opportunities. Social relations is base for its “political” operation in that it revolves around a structure of authority increasing and extending the scope of participation and political equality involves democratizing society.

The aim of participatory democracy is to make people interested to take part in the political, legal and economic processes of the state and also to make people more responsible for the decisions made. The important feature of a participatory democracy is that people will have the opportunity to directly participate in the functions and access to the decision- making institutions of state and there shall be no provision for delegating power to another body or organ. It is designed to revitalize the democratic participation in the era of economic growth, to redress the inequality among the people. The most important characteristic is the importance of political equality in democratic system a long side basic or fundamental rights, liberties that needs emphasis and to be highlighted.