The role of the elites in a democracy is an unavoidable force.

The role of the elites in a democracy is an unavoidable force. Elites of Leaders rule, control key resources and enforce major decision for centuries. In an industrial, agrarian society the ownership of property and control over production were the important factors. Elites from the agrarian and industrial sectors emerge as feudal landlords and owners of industry. They later take a political role to govern the state. 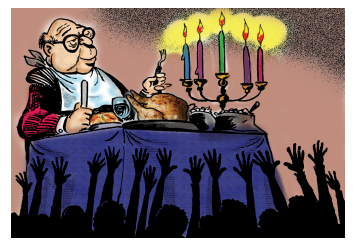 Three important theorists Vilfredo Pareto (1848-1923), Gaetano Mosca (1857-1941) and Robert Michels (1876-1936) are the leading thinkers of elitist democracy. Pareto classified the elites into governing and non-governing elite from the masses. The governing elite are the power elites who are the ruling classes. They derive power from the variety of sources such as education, social status, bureaucratic position, political connections, and wealth.

Pareto described the Elite qualities in two psychological types (a) Foxes – who rule the masses by cunningness and manipulate their consent, (b) Lions – who achieve power through domination, coercion and violence. Elitism developed as a critique of egalitarian idea such as democracy and socialism.

Robert Michels had an alternative view about the democracy that even though the organization tend to be democratic but the small group of dominant figures who can organize and make decision rather than having deliberation with rank and file of the organization and called it as ‘iron law of oligarchy’.

Joseph Alois Schumpeter (1883-1950) proposed the concept of democratic elitism. Schumpeter defined that democracy was a good political method to arrive at political, legislative and administrative decisions by placing in certain individuals in power to decide on all matters of the masses as a representative means and the result of successful pursuit of people’s vote. Democracy paves way for competitive pursuit means among the elites to achieve their legitimacy and power.

The Elitist theory partly accepts the Marxian view of democracy that large corporations dominate in production and distribution of goods, however it does not agree with Marxian class analysis. The democratic Elitism theory engages with the groups and individuals to meet their endsand facilitates with their disagreements so as to meet the ends of the both.