The Marxist theory views the democracy in the social context of class analysis during the era of industrial revolution.

The Marxist theory views the democracy in the social context of class analysis during the era of industrial revolution. Society was divided into two classes viz: capitalists or owners of the property are called as ‘bourgeois’ and the working class is called as ‘proletariat’. The Marxist theory of Democracy held the political position to always challenge the dominance of capitalists and against the exploitations of working class. The Marxist theory of democracy did not support electoral rights, but strongly supported economic rights and the creation of ‘socialist democracy’. 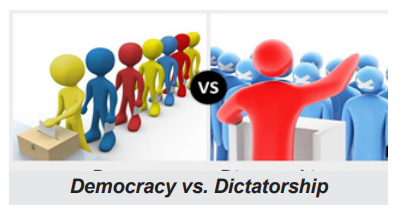 The Marxist theory of Democracy favoured the collapse of capitalism and calls for the revolutionary transformation of the society. It believes that political power is possible only through the ideals of ‘socialism’; and is based on the equal distribution of economic power against the unequal wealth and ownership of production. The Marxists democrats and socialists believe in the removal of class differences and privileges are the necessary step to freedom, equal status and democracy. 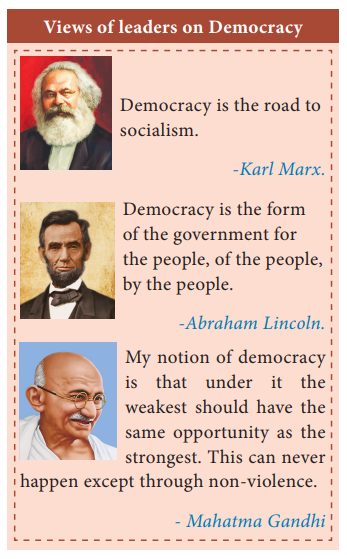 The socialists believed that with universal education people can govern themselves. The Marxist theory criticises the falseness of the liberal democracies are thus seen as ‘capitalist’ or ‘bourgeois’ democracies which are manipulated and controlled by the entrenched power of ruling class. The Marxist theory emphasises the importance of economic factor as the key factor for the class divisions and ownership and the control of the means of production. However the Marxists democrats in Europe support the strong role of electoral democracy to establish a peaceful, legal and democratic road to socialism.

Democratic Marxists view (a) State as an agency of anti-people crimes and considered the abolition of standing army and instituting a citizen’s militia, Implement the election of all officials subjecting them to recall, (c) Totally remove the political attribute of police, (d) Eliminate the monarchy.