Types and Characteristics of Soils in India

Soil is the uppermost layer of the land surface, usually composed of minerals, organic matter, living organisms, air and water.

Soil is the uppermost layer of the land surface, usually composed of minerals, organic matter, living organisms, air and water. Grains in the soil are of three categories namely, clay, silt, and sand. Soils are generally formed by the weathering of rocks under different conditions. Some soils are formed by the deposition of agents of denudation. Soils can vary greatly from one region to the other.

The Indian Council of Agriculture Research (ICAR) set up in 1953 divides the soils of India into the following eight major groups. They are 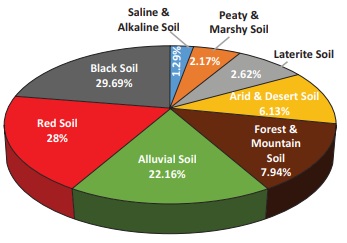 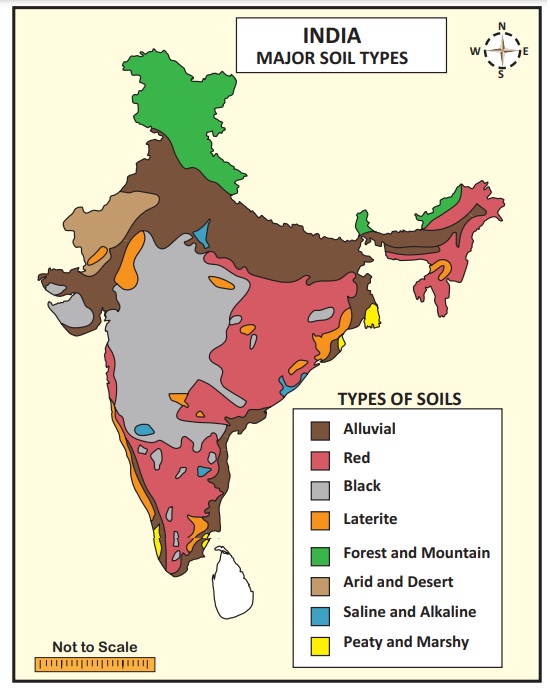 Bhangar – the older alluvium composed of lime nodules and has clayey composition. It is dark in colour.

Formation - sediments deposited by streams and rivers when they slowly loose

Colour - black colour, due to presence of titanium, iron.

Chemical properties - rich in minerals such as iron and magnesium.

Formation - formed in the regions where alternate wet and hot dry conditions prevail. It is formed by the process of leaching

Differ from region to region depending on climate.

Chemical properties - are deficient in potash, Phosphorus and lime.

Nature - light, sandy, thin and found with the pieces of rock. Their character changes with the parent rocks. Very rich in humus. slow decomposition makes it acidic

Formation - Due to prevalence of the dry climate, hightemperature and accelerated evaporation, the soil is dry, it also lacks humus content due to the absence of vegetative cover

Chemical properties - Contain high percentages of soluble salts, alkaline with varying degree of calcium carbonate and are poor in organic matter; rich enough in phosphate though poor in nitrogen

Formation - formed due to ill drainage which causes water logging, injurious salts are transferred from subsurface to the top soil by the capillary action, it causes the salinisation of soils

Formation - formed in humid regions from the organic matter. It is found in the areas of heavy rainfall and high humidity Peaty soils are black, heavyand highly acidic.

Nature - Contain considerable amount of Soluble salts and 10-40 per cent of organic matter; and high proportion of vegetable matter. 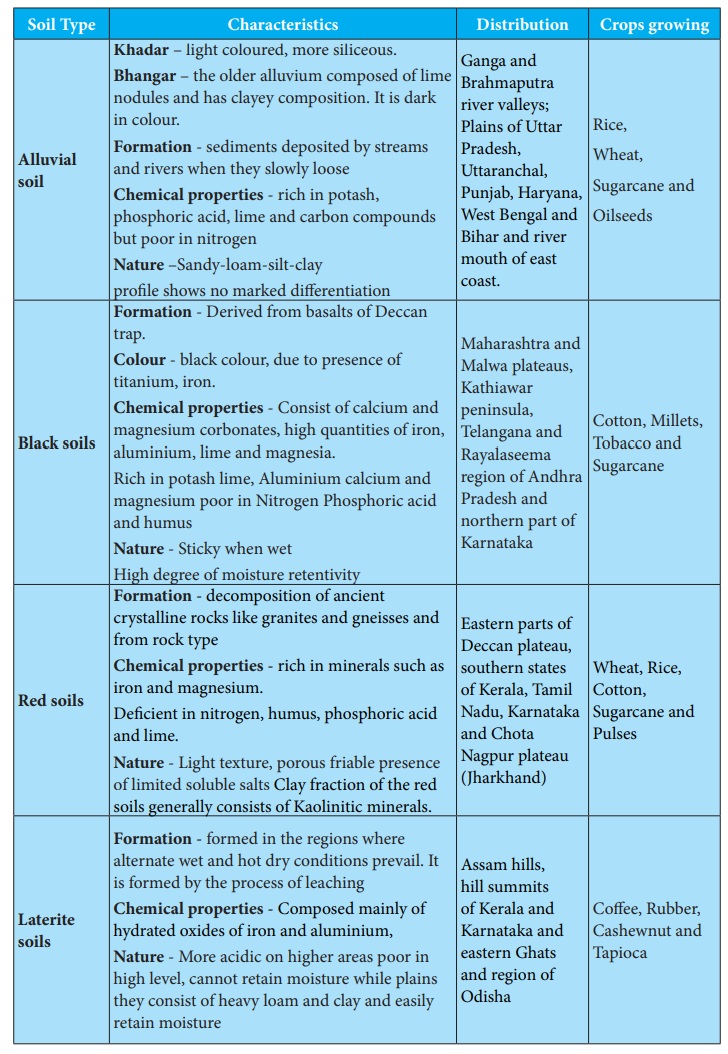 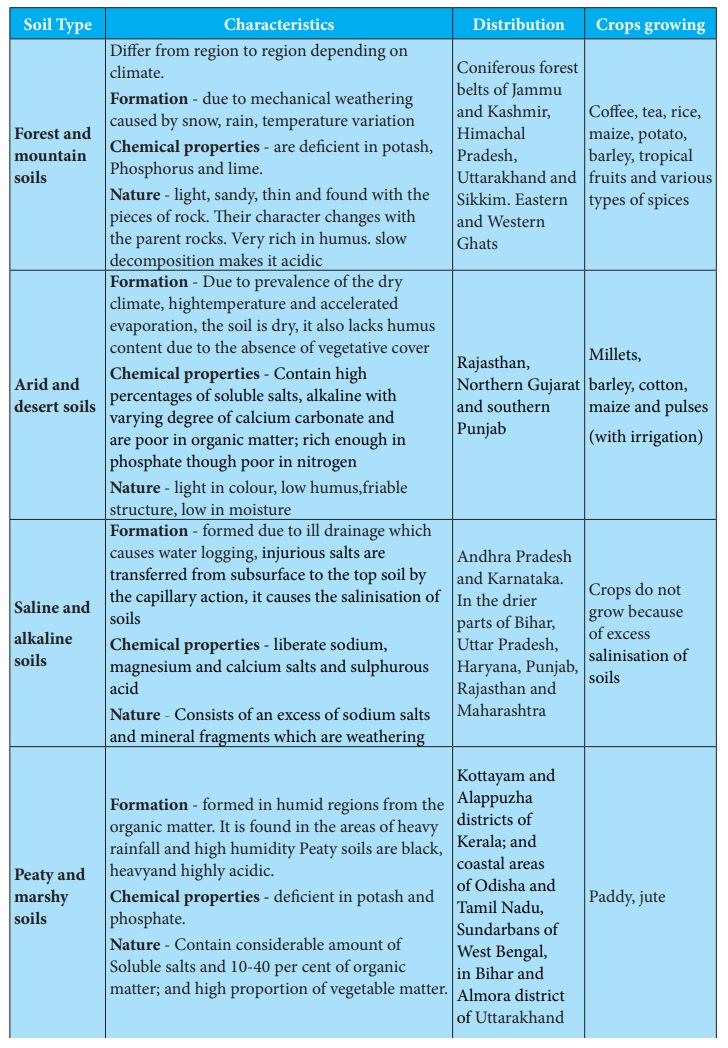 Soil degradation: Soil degradation is an acute problem in India. According to a 2015 report of the Indian institute of remote sensing (IIRS). The estimated the amount of soil .erosion that occurred in India was 147 million hectares.

Methods of Conservation and Management of Soil