Sources of Irrigation in India

Watering of agricultural plants through artificial means is called irrigation. Being a hot country with seasonal and irregular rainfall, it always needs irrigation to carry out agricultural activities during dry period.

Watering of agricultural plants through artificial means is called irrigation. Being a hot country with seasonal and irregular rainfall, it always needs irrigation to carry out agricultural activities during dry period. 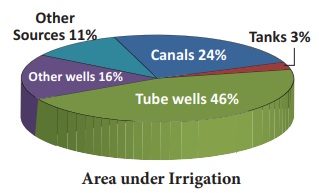 It is the second most important source of irrigation in our country.

Canals are the effective source of irrigation in areas of low level relief, deep, fertile soils, perennial source of water and extensive command area. The canals are of two types:

1. Inundation Canals: In this, water is taken out directly from the rivers without making any kind of barrage or dam. Such canals are useful for the diversion of flood water from the rivers and remain operational during rainy season.

2. Perennial Canals: These are developed from perennial rivers by constructing barrage to regulate the flow of water. About 60 percent of the canal irrigated area falls in the northern plains of India,

1. Open Wells: This type of irrigation is widely practiced in the areas where groundwater is sufficiently available. The areas are in Ganga Plains, the deltaic region of Mahanadi, Godavari, Krishna, Cauvery and parts of Narmada and Tapti valleys.

A tank is a natural or man-made hollow on the surface developed by constructing a small bund around it across a stream. It is used to collect and store water for irrigation and other purposes. Irrigation by tanks is a very old system in India. It also includes irrigation from lakes and ponds.

The tank irrigation is popular in the peninsular India due to the following reasons:

1. The undulating relief and hard rocks make difficult to dig canals and wells.

4. Impermeable rock structure which do not permit percolation.

5. The scattered nature of population and agricultural fields

There are many ways in Modern Irrigation. Among them mostly practiced in India are drip irrigation, sprinklers and Rain Gun and central pivot irrigation

It was first developed. In this method, water is supplied in the form of drops through nassals. water can be saved upto 70%.

It is the simplest and easiest method of all. In this method, water is supplied to the field from the source through the pipes with have small holes. It can be used in the areas of uneven surface also.

Rain gun is used to spread water like rain. It can be used to water the crops which grow upto 4 feet. It is useful to irrigate the crops like sugarcane and maize.

It is also called water wheel and circle irrigation. It is a method of crop irrigation in which equipment roatates around a pivot and crops are watered with springlers.

It is a scientific management of water resources in our country. Construction of dam across rivers is aimed at many purposes. Hence, it is termed as multi-purpose river valley projects. The various purposes of a dam serves are irrigation, hydro power generation, water supply for drinking and industrial purpose, controlling floods, development of fisheries, navigation etc. Generally, majority of multipurpose projects are combination of irrigation and hydro-power which are the major aims of the projects.

This has been implemented to get more production by using water saving and conservation technologies. 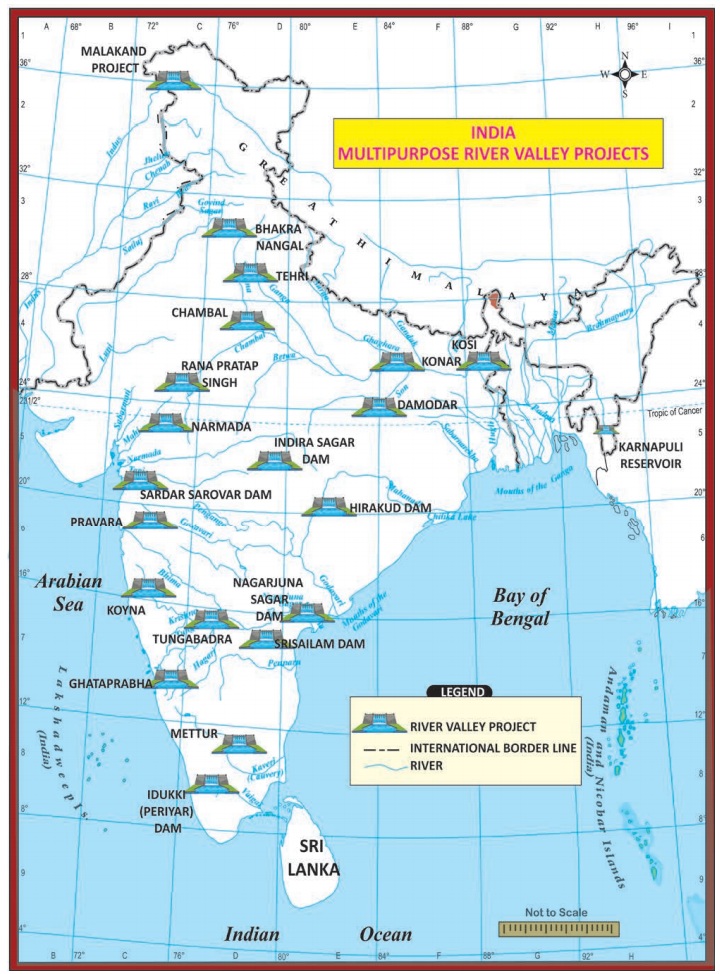 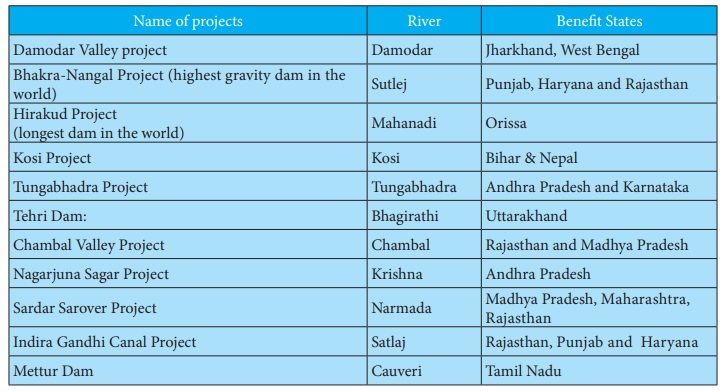