Triple helix-forming oligonucleotides, also known as TFO, act at the level of transcription of mRNA. 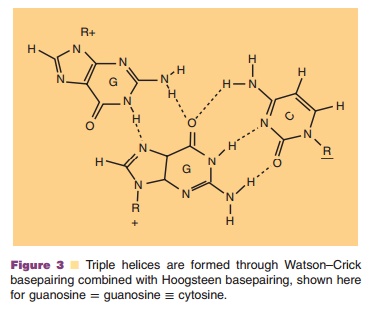 As a result of this binding, triplex-forming ONs can prevent transcription initiation or elongation by binding promoter, gene or regulatory DNA regions (Fig. 4). The concept has been validated in vivo, 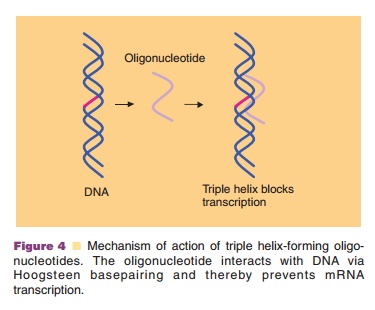 Triplex-forming ONs have also been used for site-directed mutagenesis with or without the use of coupled mutagens, as well as homologous-site-specific recombination using triple-forming ONs alone or in combination with a donor fragment to correct genetic disorders. This application will be discussed in the section on gene repair.