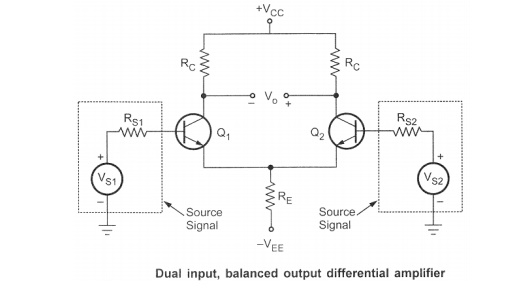 As the output is taken between two output terminals, none of them is grounded, it is called balanced output differential amplifier.

Let us study the circuit operation in the two modes namely 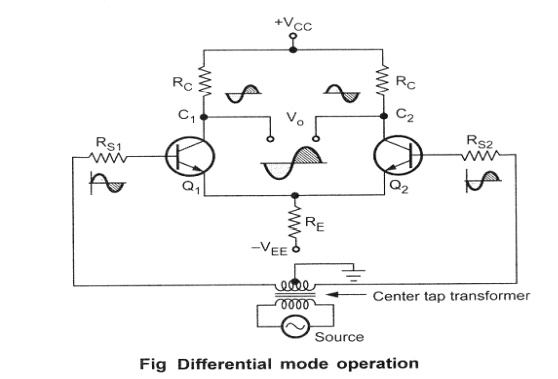 In this mode, the signals applied to the base of Q1 and Q2 are derived from the same source. So the two signals are equal in magnitude as well as in phase. The circuit diagram is shown in the Fig. 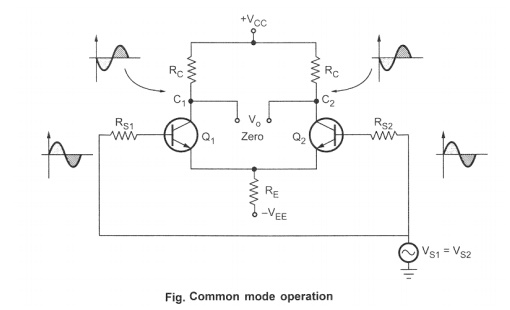 While the two signals causes in phase signal voltages of equal magnitude to appear across the two collectors of Q 1 and Q2. Now the output voltage is the difference between the two collector voltages, which are equal and also same in phase, Eg. (20) - (20) = 0. Thus the difference output Vo is almost zero, negligibly small. ideally it should be zero.