For the differential gain calculation, the two input signals must be different from each other. Let the two a.c. input signals be equal in magnitude but having 180" phase difference in between them. The magnitude of each a.c. input voltage V S1 and V S2beVs /2. The two a.c. emitter currents I e1 and I e2 are equal in magnitude and 180' out of phase. Hence they cancel each other to get resultant a.c. current through the emitter as zero. For the a.c. purposes emitter terminal can be grounded. The a.c. small signal differential amplifier circuit with grounded emitter terminal is shown in the Fig1 As the two transistors are matched, the a.c. equivalent circuit for the other transistor is identical to the one shown in the Fig..1. Thus the circuit can be analyzed by considering only one transistor. This is called as half circuit concept of analysis. The approximate hybrid model for the above circuit can be shown as in the Fig.2, neglecting hoe, 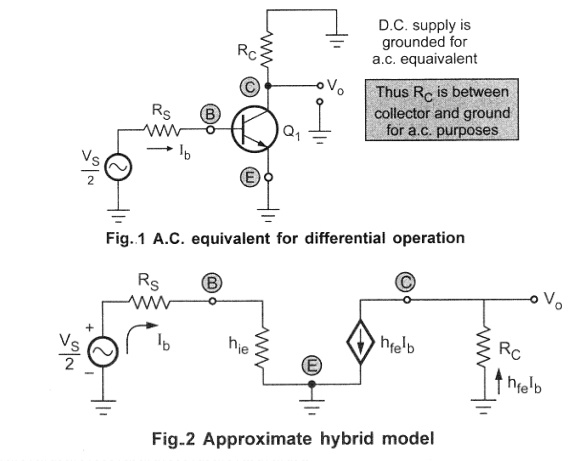 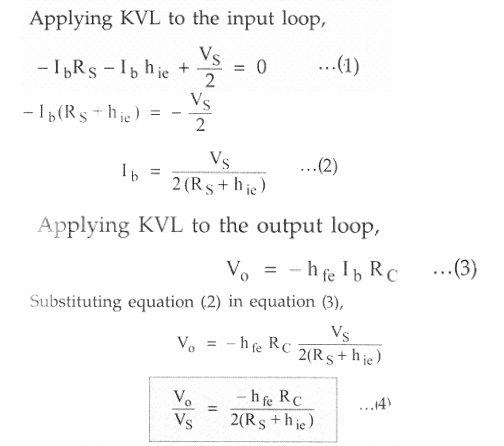 The negative sign indicates the phase difference between input and output. Now two input signal magnitudes are VS /2 but they are opposite in polarity, as 180" out of phase.

the expression for A d with balanced output changes as

Let the magnitude of both the a.c. input signals be VS and are in phase with each other. Hence the differential input Vd = 0 while the common mode input Vc is the average value of the two.

But now both the emitter currents flows through R E in the Same direction. Hence the total current flowing through R E is 2I e. considering only one transistor, as in the Fig 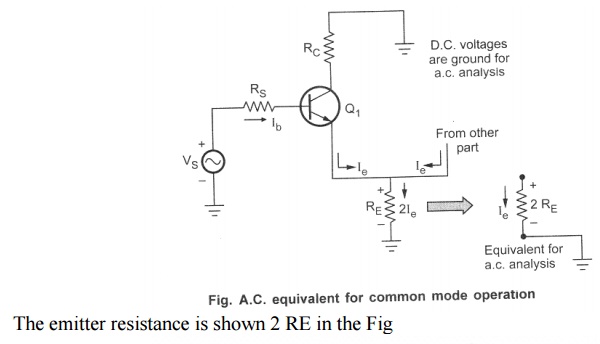 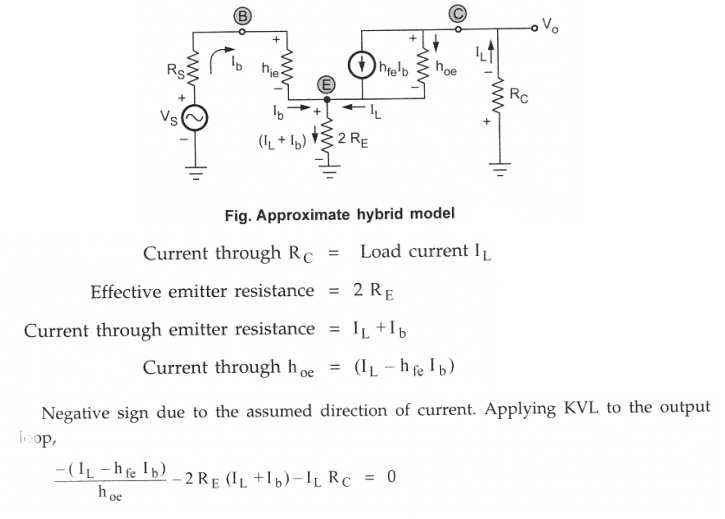