We have used the term gene creatures to refer to various genetic entities that are sometimes called subviral infectious agents. These creatures exist, but are not considered living because none of them can produce their own energy, duplicate their own genomes, or live independent of a host.

We have used the term gene creatures to refer to various genetic entities that are sometimes called subviral infectious agents. These creatures exist, but are not considered living because none of them can produce their own energy, duplicate their own genomes, or live independent of a host. The main advantage a virus has over a gene creature is the ability to survive as an inactive particle outside the host cell. Gene creatures are not normally found outside the host cell. 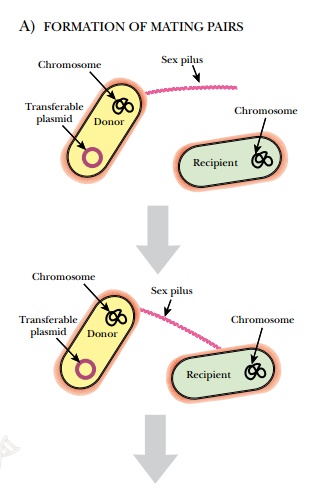 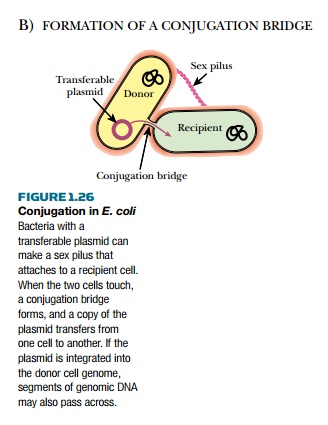 It is a double-stranded DNA virus that can replicate as a plasmid or integrate into the host chromosome, but it cannot form virus particles by itself. It relies on P2 bacteriophage to  supply the structural proteins. P4 sends transcription factors to the P2 genome to control expression of the genes it pirates.

Gene creatures also include genetic elements that may be helpful to the host. For example, the plasmids of E. coli and yeast are genetic elements that cannot produce their own energy and rely on the host cell to replicate their genome. They cannot survive outside a host cell. These traits qualify plasmids as gene creatures. Like viruses and satellite viruses, plasmids are replicons, that is, they have sufficient information in their genome to direct their own replication.

Plasmids may confer positive traits to the host. For example, plasmids can provide antibacterial enzymes, such as bacteriocins, that help their host compete with other bacteria for nutrients (see earlier discussion). Plasmids may carry genes for antibiotic resistance, thus allowing the host bacteria  to survive after encountering an antibiotic. Plasmids may confer virulence, making the host bacteria more aggressive and deadly. Finally, some plasmids contain genes that help the host degrade a new carbon source to provide food. Plasmids are usually found as circles of DNA, although some linear plasmids have been found. Plasmids come in all sizes, but are usually much smaller than the bacterial chromosome. The genes on plasmids are often beneficial to the host.

Because the plasmid coexists within the cytoplasm of the host cell, it does not generally harm its host.

The F plasmid is found in some E. coli, and it is about 1% of the size of the chromosome. It was named “F” for fertility because it confers the ability to mate. F plasmids can transfer themselves from one cell to the next in a process called conjugation (Fig. 1.26). The plasmid has genes for the formation of a specialized pilus, the F-pilus, which physically attaches an F+E. coli to an F− cell. After contact, a Conjugation in E. coli   junction—the conjugation bridge—forms between the two cells. During replication of the F plasmid, one strand is cut at the origin and the free end enters the cytoplasm of the F− cell via the conjugation bridge. Inside the recipient a complementary strand of DNA is made and the plasmid is recircularized. The other strand of the parent plasmid remains in the original F+ cell and is also duplicated. Thus, after conjugation, both cells become F+. Occasionally, the F plasmid integrates into the host chromosome. If an integrated F plasmid is transferred to another cell via conjugation, parts of the host chromosome may also get transferred.

Therefore, bacteria can exchange chromosomal genetic information through conjugation. Another gene creature that is very useful in biotechnology is the transposable element or transposon. This genetic element is merely a length of DNA that cannot exist or replicate as an independent molecule. To survive, it integrates into another DNA molecule. Mobile DNA or jumping genes are two terms used to describe transposons. When the transposon moves from one location to another, the process is called transposition. Unlike plasmids,

transposons lack an origin of replication and are not considered replicons. They can only be replicated by integrating themselves into a host DNA molecule, such as a chromosome, plasmid, or viral genome. Transposons can move from site to site within the same host DNA or move from one host molecule of DNA to another. If a transposon loses its ability to move, its DNA remains in place on the chromosome or other DNA molecule. This is what comprises much human “junk DNA”.

the transposon and excises the entire element from the chromosome. Next, transposase recognizes a target sequence of 3 to 9 base pairs in length on the host DNA. The transposon is then inserted into the target sequence, which is duplicated in the process. One copy is found on each side of the transposon. When a transposon is completely removed from one site and moved to another, the mechanism is conservative transposition or cut-and-paste transposition (Fig. 1.27). This leaves behind a double-stranded break that must be repaired by the host cell. Several cellular mechanisms exist to make this type of repair. 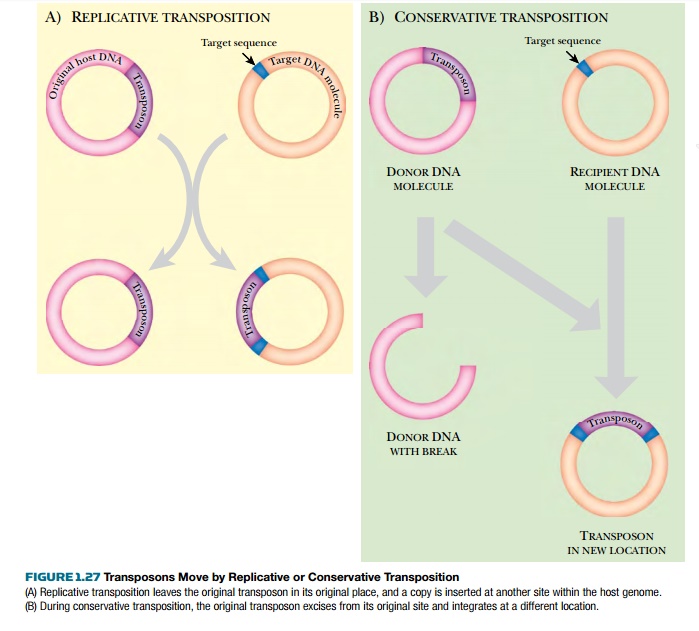 Transposon movement can cause problems for the host. When the transposon moves, there is a potential for insertions, deletions, and inversions in the host DNA. If two copies of a transposon are found on a plasmid and the target sequence is on the host chromosome, a segment of the plasmid (flanked by the transposons) may be inserted into the host DNA. More generally, when multiple transposons are near each other, the ends of two neighboring but separate transposons may be used for transposition. When the two ends move to a new location, the DNA between them will be carried along. Whole genes or segments of genes may be deleted from the original location in this process. Conversely, regions of chromosome may become duplicated. If transposons are active and move often, the genome will become very damaged and the host cells often commit suicide Because the transposon will be destroyed along with its host, many transposons move only rarely. Controlling their movement preserves their existence within the genome and keeps the host cell from committing suicide.

Gene creatures is a term to describe genetic elements that exist within the confines of a host cell, yet are separate from the original host genome. Some gene creatures include satellite viruses, plasmids, and transposons.

The plasmid is a unique gene creature because it confers positive traits such as resistance to antibiotics, bacteriocins, and the ability to transfer genetic material between two cells.

Transposons do not contain origins for their independent replication as do plasmids. These elements subvert the cell to make their copies by inducing breaks in the genome.