Describe the structure and discuss the function of the subcutaneous tissue.

Just as a house rests on a foundation, the skin rests on the subcu-taneous tissue, which attaches it to underlying bone and muscleand supplies it with blood vessels and nerves (see figure 5.1). The subcutaneous (s̆u b-koo-t̄a ′n̄e -̆u s; under the skin) tissue, which is not part of the skin, is sometimes called hypodermis (h -p̄o - der′mis; under the dermis). The subcutaneous tissue is loose con-nective tissue, including adipose tissue that contains about half the body’s stored lipids, although the amount and location vary with age, sex, and diet. Adipose tissue in the subcutaneous tissue functions as padding and insulation, and it is responsible for some of the differences in appearance between men and women as well as between individuals of the same sex. 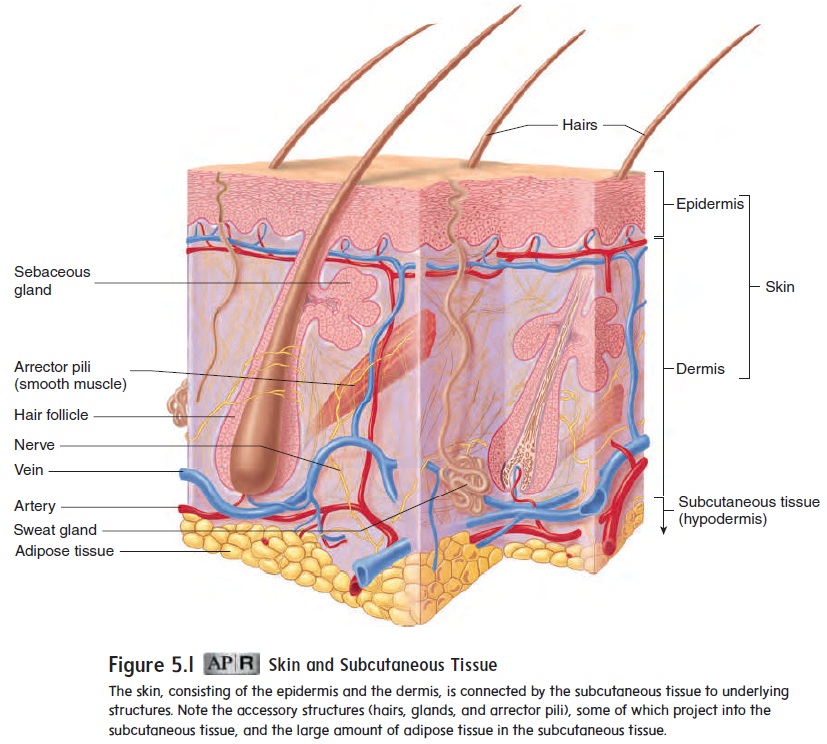