Cytoplasm is called as the internal matrix of the cell inside the cell membrane.

Cytoplasm is called as the internal matrix of the cell inside the cell membrane. Its major component is water (70-80%). It also contains proteins carbohydrates, lipids, inorganic ions, and certain low molecular weight compounds. Inorganic ions are present in much higher concentrations in cytoplasm than in most media.

Cytoplasm is thick, aqueous, semi-transparent and elastic. The major structures in the cytoplasm of prokaryotes are nucleoid (containing DNA), ribosomes and reserve deposits called inclusions. Prokaryotic cytoplasm lacks certain features of eukaryotic cytoplasm such as a cytoskeleton and cytoplasmic streaming. 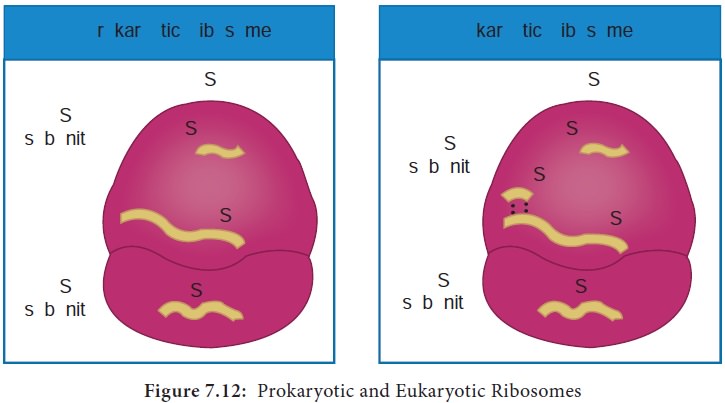 The nuclear area has the hereditary material of most bacteria. It contains a single, circular, long, continuous, thread like double stranded DNA called the bacterial chromosome. Some bacteria with linear chromosome also exist. It carries the information required for the cells structure and function. They are not surrounded by a nuclear envelope and are devoid of highly conserved histone proteins. The nuclear area can be spherical, elongated or dumbbell shaped. In actively growing bacteria, as much as 20% of the cell volume is occupied by DNA, because such cells presynthesize nuclear material for future cells. The chromosome is attached to the cell membrane. Proteins in the plasma membrane are believed to be responsible for the replication of the DNA and segregation of the new chromosomes to daughter cells in cell division. 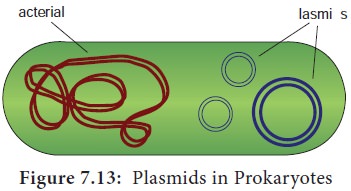 They are the helper proteins which recognize the newly formed polypeptides and fold them into their proper shape of secondary and tertiary structure. Many chaperones are involved in proper folding of bacteria. They were first identified in Escherichia coli mutant. Example: Heat shock proteins are produced in Escherichia coli cells subjected to live at high temperatures, or in any other stressful unfavorable conditions.

The cytoplasm of prokaryotic cells has several kinds of reserve deposits known as inclusions. Cells may accumulate certain nutrients when they are plentiful and use them when they are deficient. Some inclusions are common to a wide variety of bacteria whereas others are limited to certain species (Table 7.5). 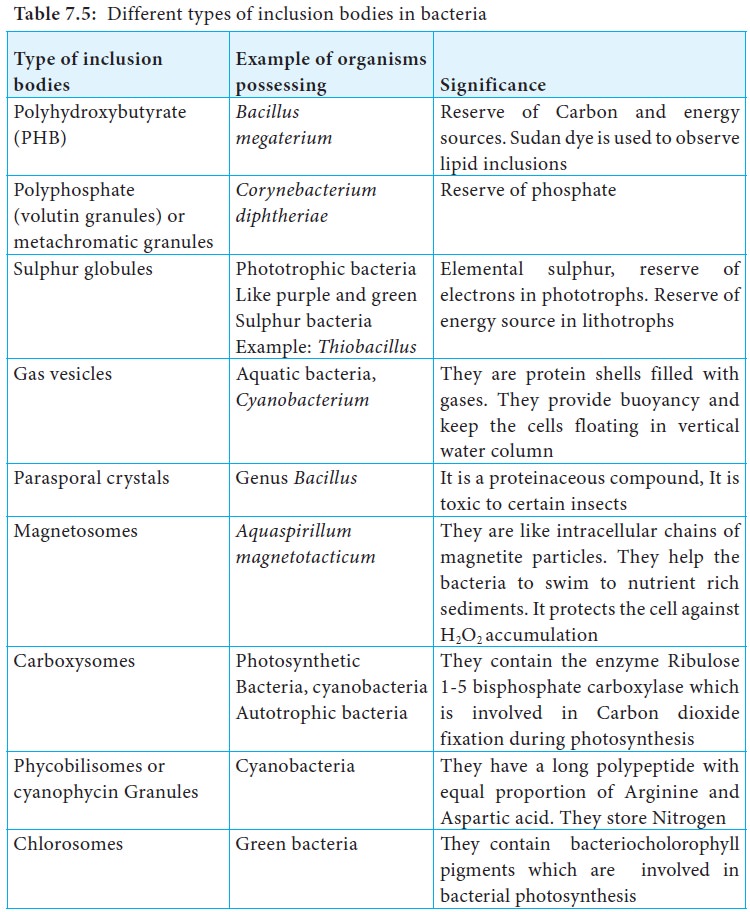 Some species of bacteria produce metabolically dormant structures called spores. They are highly durable and dehydrated resting bodies produced inside the cells. They are formed by bacteria only when there is lack of water or depletion of essential nutrients in the environment. Endospores are coated with a specific chemical compound diaminopimelic acid. It binds with the Calcium and forms Calcium dipicolinate which removes the water from it and makes the spore resistant to extreme conditions Example: Bacillus anthracis and Clostridium tetani possess endospores.

Generally prokaryotes do not have cytoplasmic organelles like mitochondria and chloroplast. It contains mesosome as their organelle. They are the invaginations of the cell membrane and they are in the form of tubules, vesicles or lamellae. They are seen in both Gram positive and Gram negative bacteria, generally more in Gram positive bacteria. They are located next to the septa or cross walls in dividing bacteria (Figure 7.14). They may be involved in cell wall formation during division or play a role in chromosome replication and distribution to daughter cells. If they are located near to the surface they are called peripheral mesosomes and if they are located deep into the cytoplasm they are called central mesosomes. 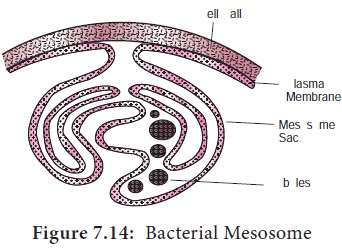