Size, Shape and Arrangement of Bacteria

Bacteria are minute living bodies and represent one of the lowest orders of living cells.

Size, Shape and Arrangement of Bacteria

Bacteria are minute living bodies and represent one of the lowest orders of living cells. The determination of size of the different forms is originally carried out by comparison with known RBC. A more accurate estimation is now obtained by the use of a special micrometer eye-piece, containing a graduated scale. The unit of measurement of bacteria is called micron (μ or μm). 1 micron is equal to 1 thousand of millimeter. Resolution of unaided eye is 200μm. The size of bacteria is constant but depends upon environmental and growth condition. Medically important bacteria ranges from 0.2 – 1.5 μm in diameter and 3-5μm in length (Figure 7.2). 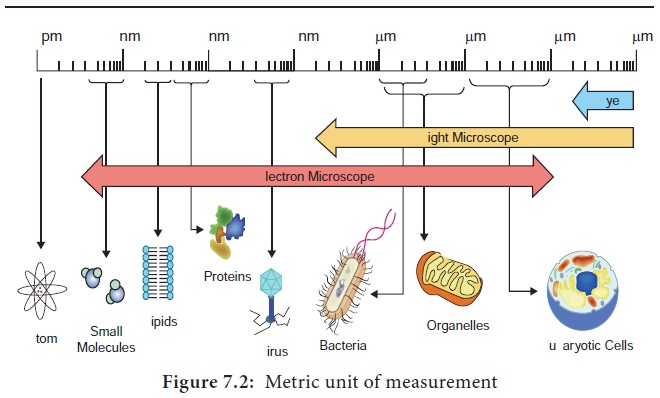 Cell Shape and Arrangement of Bacteria

The shape of a bacterium is governed by its rigid cell wall. Typical bacterial cells are spherical (called cocci), straight rods (called bacilli) and helically curved rods (called spiral). These shapes are constant for the particular species or genus but there are bacterial cells that are pleomorphic in nature. They exhibit a variety of shapes.

·        Cocci appear in several characteristic arrangements, depending on the plane of cellular division and whether daughter cells remain together with the parents even after cell division. The cells may occurs in pairs (diplococci), in groups of four (tetracocci), in clusters (Staphylococcus), in a bead like chain (Streptococci) or in cuboidal arrangement of cells (Sarcinae).

·        Bacilli are rod shaped organism (Singular, bacillus = stick) usually ranging between 1 and 10 μm in length. Some bacilli are so short and stumpy that they appear ovoid and are referred to as coccobacilli. Bacilli are not arranged in patterns as complex as those of cocci and mostly occur as singles or in pairs (diplobacilli, Example: Bacillus subtilis) or in the form of chains (Streptobacilli). Some form trichomes, which are similar to chains. In other Bacilli such as Corynebacterium diphtheria the cells are lined side by side like matchsticks (pallisade arrangement). Some bacilli are curved into a form resembling a comma. These cells are called vibrios as in Vibrio cholera.

·        Spiral bacteria: They are divided into two groups, spirilla (singular spirillum) and spirochetes (agent of syphilis). Although these two are similar in shape spirochetes are flexible in nature. Spiral bacteria are far too thin to be seen with the standard Brightfield microscope but are readily observed by Darkfield microscope (Figure7.3). 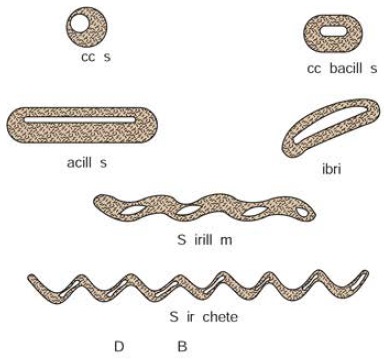 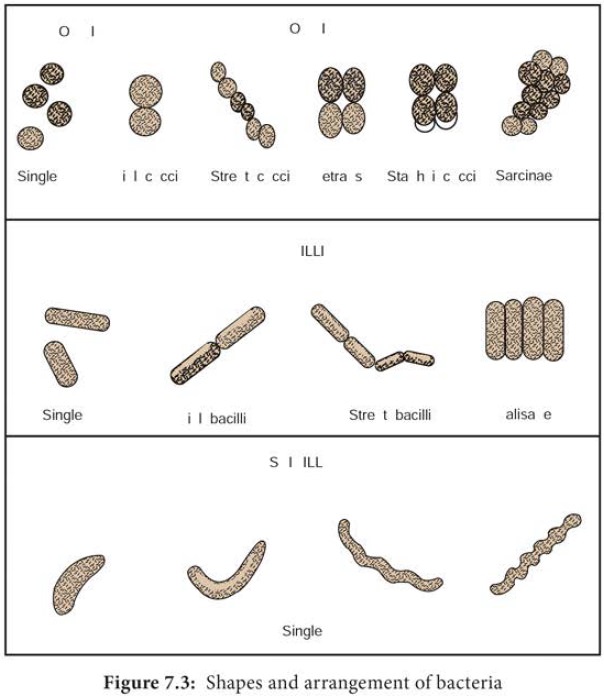 Bacteria tend to form long strands composed of many cells. In these cases, an occasional single cell may be seen after it breaks away from a long filament. These organisms resemble the threadlike strands of fungi but their internal structure is typical of bacteria. Filamentous soil bacteria include Streptomyces species. 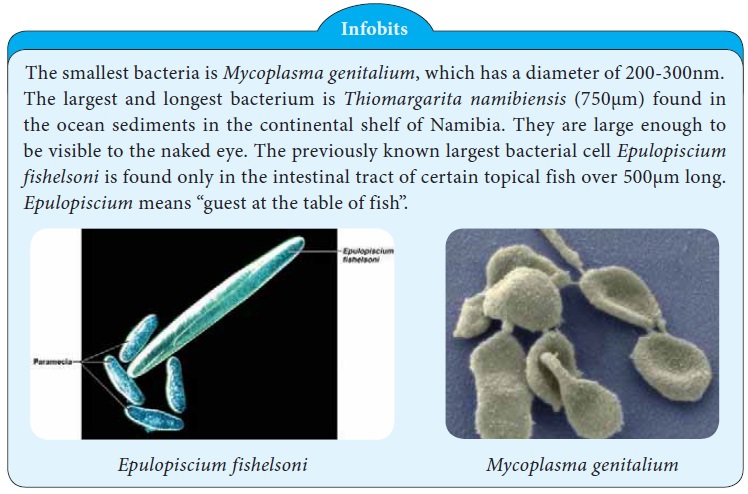