About 20 different amino acids may appear in proteins.

(NH2) or basic group. The amino acids are mostly linked together in forming a protein molecule through NH2 group of one amino acid condensing with COOH group of another amino acid with the elimination of one molecule of water, and a compound thus formed is called a peptide and the linkage is called ‘peptide linkage’. 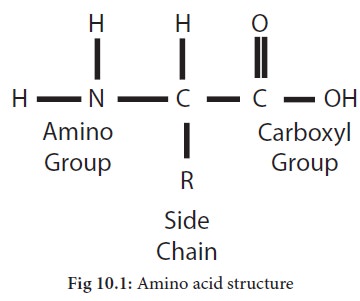 The 20 amino acids can be linked end-to-end in a virtually infinite variety of sequences to form proteins. When two amino acids bond together, the resulting structure is known as dipeptide. 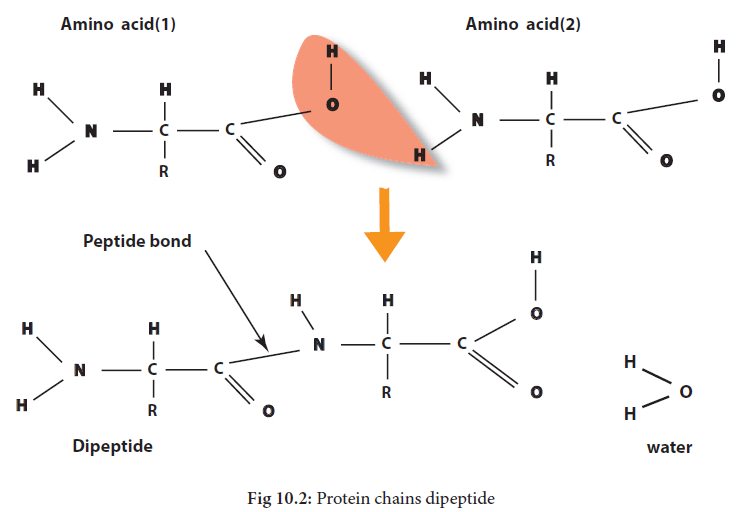 Three amino acids bonded together to form a tripeptide. As additional amino acids join the chain, the structure becomes a polypeptide. Most proteins are polypeptides that are 100 to 300 amino acids long.