What are some biological functions of small peptides?

What are some biological functions of small peptides? 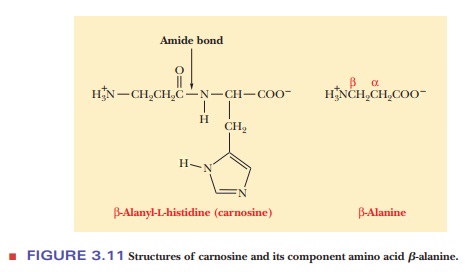 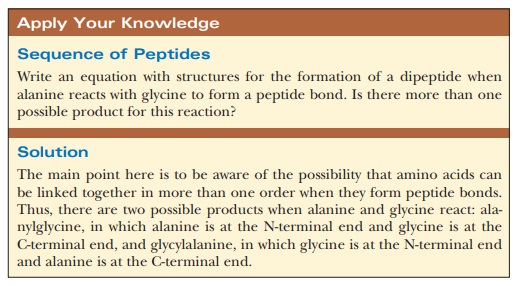 Glutathione is a commonly occurring tripeptide; it has considerable physi-ological importance because it is a scavenger for oxidizing agents. Recall that oxidation is the loss of electrons; an oxidizing agent causes another substance to lose electrons. (It is thought that some oxidizing agents are harmful to organisms and play a role in the development of cancer.) In terms of its amino acid composition and bonding order, it is γ-glutamyl-L-cyste-inylglycine (Figure 3.12a). The letter g (gamma) is the third letter in the Greek alphabet; in this notation, it refers to the third carbon atom in the molecule, counting the one bonded to the amino group as the first. Once again, the N-terminal amino acid is given first. In this case, the γ-carboxyl group (the side-chain carboxyl group) of the glutamic acid is involved in the peptide bond; the 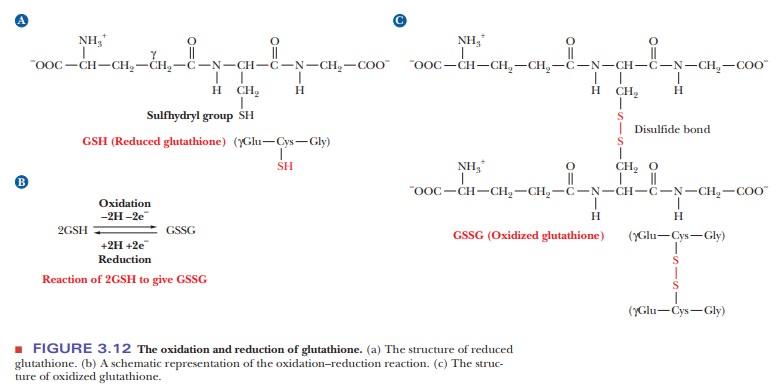 It is thought that the aromatic side chains of tyrosine and phenylalanine in these peptides play a role in their activities. It is also thought that there are similarities between the three-dimensional structures of opiates, such as mor-phine, and those of the enkephalins. As a result of these structural similarities, opiates bind to the receptors in the brain intended for the enkephalins and thus produce their physiological activities. 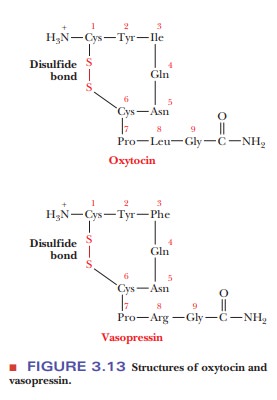 In some other peptides, the cyclic structure is formed by the peptide bonds themselves. Two cyclic decapeptides (peptides containing 10 amino acid resi-dues) produced by the bacterium Bacillus brevis are interesting examples. Both of these peptides, gramicidin S and tyrocidine A, are antibiotics, and both contain D-amino acids as well as the more usual L-amino acids (Figure 3.14). In addition, both contain the amino acid ornithine (Orn), which does not occur in proteins, but which does play a role as a metabolic intermediate in several common pathways. 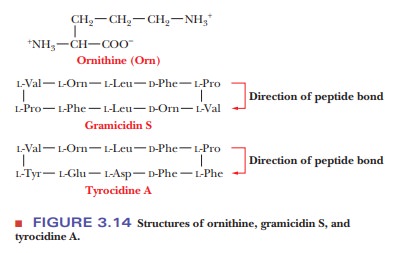 Small peptides play many roles in organisms. Some, such as oxytocin and vasopressin, are important hormones. Others, like glutathione, regulate oxidation–reduction reactions. Still others, such as enkephalins, are natu-rally occurring painkillers.