There are two other comparable characteristics called skewness and kurtosis that help us to understand a distribution.

There are two other comparable characteristics called skewness and kurtosis that help us to understand a distribution.

Skewness means ‘lack of symmetry’. We study skewness to have an idea about the shape of the curve drawn from the given data. When the data set is not a symmetrical distribution, it is called a skewed distribution and such a distribution could either be positively skewed or negatively skewed.

We can see the symmetricity from the following diagram.

It is clear from the diagram below that in a symmetrical distribution the values of mean, median and mode coincide. The spread of the frequencies is the same on both sides of the centre point of the curve. 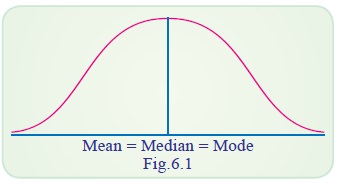 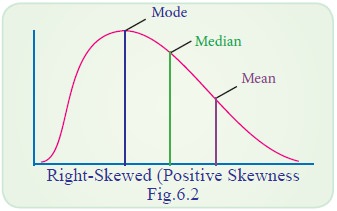 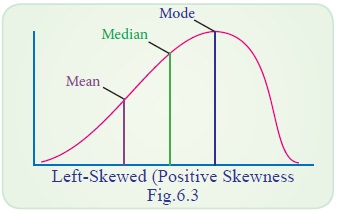 d. Some important Measures of Skewness

(i) Karl-Person coefficient of skewness

(iii) Coefficient of skewness based on moments

(i) Karl-Person coefficient of skewness

According to  Karl-Person the absolute measure of skewness = mean – Mode.

In Karl Pearson method of measuring skewness the whole of the series is needed. Prof. Bowley has suggested a formula based on position of quartiles. In symmetric distribution quartiles will be equidistance from the median. Q2 – Q1 = Q3 – Q2 , but in skewed distributions it may not happen. Hence 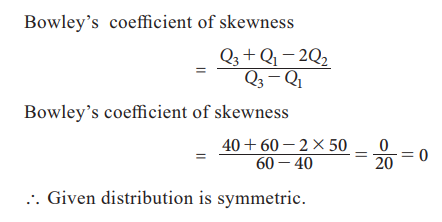 (iii) Measure of skewness based on Moments 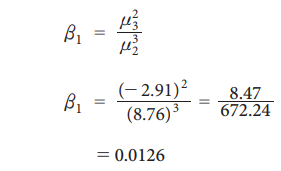 Kurtosis in Greek means ‘bulginess’. In statistics kurtosis refers to the degree of flatness or peakedness in the region about the mode of a frequency curve. The degree of kurtosis of distribution is measured relative to the peakedness of normal curve. In other words, measures of kurtosis tell us the extent of which a distribution is more peaked or flat-topped than the normal curve.

The following diagram illustrates the shape of three different curves mentioned below: 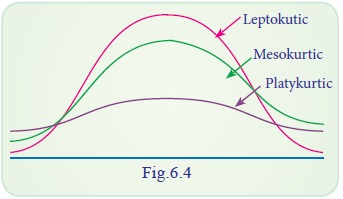