The single-phase series motor is a commutator-type motor. If the polarity of the line terminals of a dc series motor is reversed, the motor will continue to run in the same direction.

Let a dc series motor be connected across a single-phase ac supply. Since the same current flows through the field winding and the armature, it follows that ac reversals from positive to negative, or from negative to positive, will simultaneously affect both the field flux polarity and the current direction through the armature. This means that the direction of the developed torque will remain positive, and rotation will continue in the same direction. Thus, a series motor can run both on dc and ac.

However, a series motor which is specifically designed for dc operation suffers from the following drawbacks when it is used on single-phase ac supply:

In order to overcome these difficulties, the following modifications are made in a D.C. series motor that is to operate satisfactorily on alternating current:

2.                       The field winding is provided with small number of turns. The field-pole areas is increased so that the flux density is reduced. This reduces the iron loss and the reactive voltage drop.

The compensating winding may be short circuited on itself, in which case the motor is said to be inductively compensated shown in Fig. 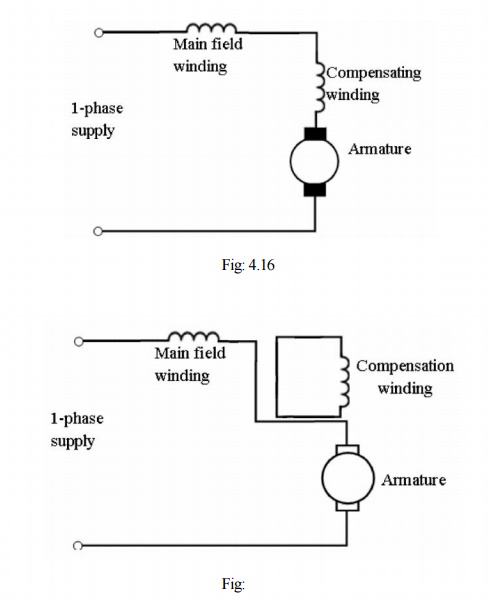 The characteristics of single-phase series motor are very much similar to those of D.C. series motors, but the series motor develops less torque when operating from an a.c. supply than when working from an equivalent D.C. supply [Fig:]. The direction of rotation can be changed by interchanging connections to the field with respect to the armature as in D.C. series motor. 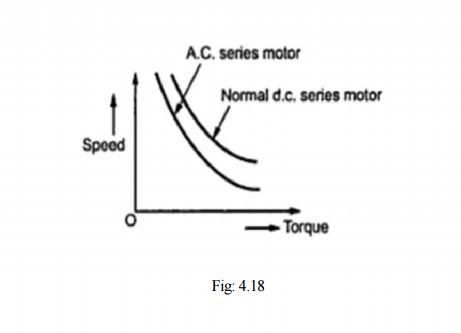 Speed control of universal motors is best obtained by solid-state devices. Since the speed of these is not limited by the supply frequency and may be as high as 20,000 r.p.m. (greater than the maximum synchronous speed of 3000 r.p.m. at 50 Hz), they are most suitable for applications requiring high speeds.

The schematic diagram and phasor diagram for the conductively coupled single-phase ac series motor are shown in Fig: 4.19 and Fig: 4.20 respectively. 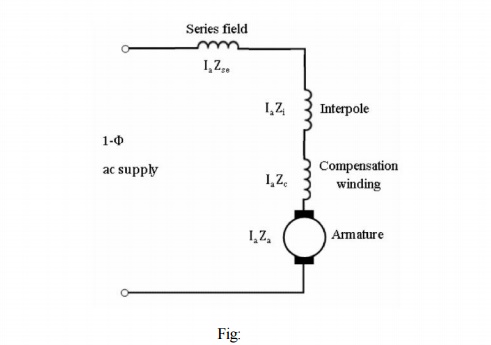 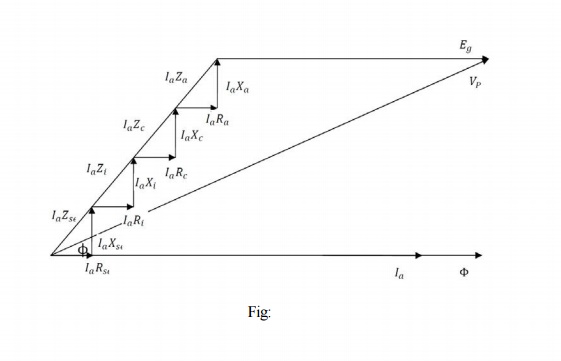 The power factor angle between VP and Iais .

There are numerous applications where single-phase ac series motors are used, such as hair dryers, grinders, table-fans, blowers, polishers, kitchen appliances etc. They are also used for many other purposes where speed control and high values of speed are necessary.