The purpose of sample is to study the population characteristics.

The purpose of sample is to study the population characteristics. The  sample  size  is  not  equal  to population size except in the case complete  enumeration.  Therefore, the statistical measurements like mean of the sample and mean of the population differ. 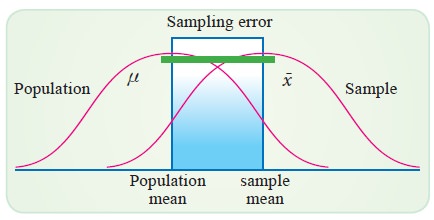 The measuring device may be biased or inaccurate. The respondent may not know the correct answer and may give imprecise answers. Common examples are questions on age, income, and events that happened in the past. The interviewer may also fail to record the responses correctly. Errors in measurement include errors in coding, editing, and tabulation.

·           The selected unit in the sampling frame is not interviewed by the investigator.

·           The selected unit is incorrectly classified as ineligible for surveys

The errors cannot be ignored since the cumulative effect of these errors affect the objectives of the survey.

The above said things provide a comprehensive idea about collection of data. However, when one decides to collect data through sampling the following steps are to be followed.

Stage I: Developing a sample plan

Definite sequence of steps the interviewer ought to go in order to draw and ultimately arrive at the final sample.

It is a guiding survey, usually on a small scale, carried out before the main survey. The information received by pilot survey is utilized in improving the efficiency of the large scale main survey. It helps in:

Procedures will have to be devised to deal with those who do not give information.