Rise of Extremism and Swadeshi Movement

By the last decade of the nineteenth century, there was conspicuous resentment against moderate politics within the Indian National Congress.

Rise of Extremism and Swadeshi Movement

By the last decade of the nineteenth century, there was conspicuous resentment against moderate politics within the Indian National Congress. This feeling of resentment eventually evolved into a new trend, referred to as the ‘Extremist’ trend. The extremist or what we may call radical or militant group was critical of the moderates for their cautious approach and the “mendicant policy” of appealing to the British by way of prayers and petitions. This form of militancy developed under the leadership of Bal Gangadhar Tilak in Maharashtra, Bipin Chandra Pal in Bengal and Lala Lajpat Rai in the Punjab. The primary reasons for the rise of this trend were: factionalism in the Congress, frustration with the moderate politics, anger against Lord Curzon for dividing Bengal.

The partition of Bengal in 1905 – a prime example of the British divide and rule policy– acted as the catalyst for the growth of anti-colonial swadeshi nationalism. The partition plan was first opposed by moderates but as the movement progressed, different techniques were improvised for the Swadeshi campaign. Swadeshi constructive programme included boycott of foreign goods and government-administered educational institutions. The Swadeshi movement (1905–1911) is the most important phase of the Indian National Movement in the pre-Gandhian era, as, during the course of the movement, the character of the Indian national movement changed significantly in terms of the stated objectives, methods and in its social base. 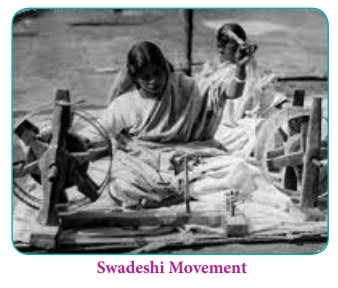 The mass base of the movement was expanded by exposing the problems of various social groups under the British governance and the underlying commonality in their lives - that is colonial exploitation. For the first time, in the history of Indian national movement, women, workers, peasants, and marginalised groups were exposed to modern nationalist ideas and politics. It was a period when the elite made a conscious effort to address the common people, calling upon them to join politics. The other prominent development during the Swadeshi period was the growth of the vernacular press (newspapers published in Indian languages) in various parts of India. The nationalistic tone of the vernacular press became more pronounced during this time. The role played by Swadesamitran in Tamil Nadu, Kesari in Maharashtra, Yugantar in Bengal are a few examples.

As the movement gained support among the people, the government passed a series of repressive Acts such as the Public Meetings Act (1907), the Explosive Substance Act (1908), the Newspaper (Incitement and Offence Act 1908) and the Indian Press Act (1910) to crush the nationalistic activities of any nature. One such measure was recording and monitoring of public meetings which were considered a matter of judicial scrutiny. (Shorthand was used by the police for the first time to record political speeches.) In this lesson, while discussing the Bengal as well as national scenarios, the Swadeshi Campaigns conducted in Tamil nadu with particular focus on the role played by V.O. Chidambaram, V.V. Subramaniam, Subramania Siva and Subramania Bharati. 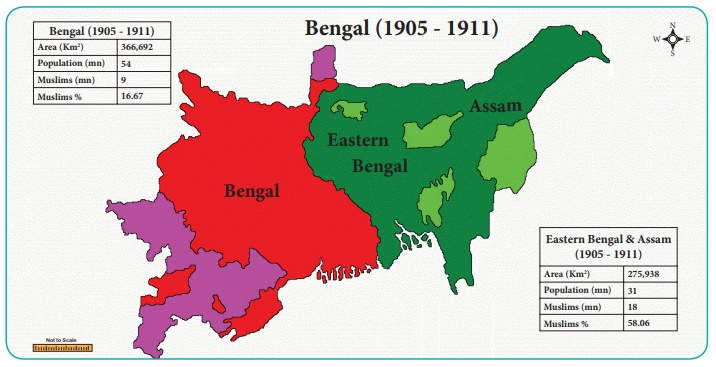