Around 1908, the decline of the militant nationalists and the rise of revolutionary activities marked an important shift from non-violent methods to violent action.

Around 1908, the decline of the militant nationalists and the rise of revolutionary activities marked an important shift from non-violent methods to violent action. It also meant a shift from mass-based action to elite response to the British rule. In Bengal, revolutionary terrorism had developed even earlier; around the 1870s, when the akharas or gymnasiums were setup in various places to develop what Swami Vivekananda had described as strong muscles and nerves of steel. Bankim Chandra Chatterjee’s novel, Anandmath also had a significant impact. Anandmath was widely read by the revolutionaries in Bengal. The Bande Mataram song, which is part of the novel, became the anthem of the swadeshi movement. 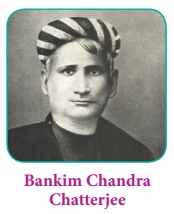 During the Swadeshi movement three factors contributed to the upsurge in the individual acts of violence:

·              The apolitical constructive programmes had little acceptance among the youth who was growing impatient under the repressive foreign rule.

·              The failure of the militant nationalists to lead the young people into a long-term mass movement also contributed to the growth of individual action.

·              The revolutionary action was part of an effort towards the symbolic recovery of Indian manhood, which the revolutionaries believed was often challenged and looked down upon by the British.

Such actions, however, did not lead to any organised revolutionary movement as was the case in Russia. The revolutionary actions were mostly attempts to assassinate specific oppressive British officers.

In Bengal, the story of revolutionary terrorism begins in 1902 with the formation of many secret societies. Most notable among them all was the Anushilan Samity of Calcutta, founded by Jatindernath Banerjee and Barindarkumar Ghose, brother of Aurobindo Ghose. Similarly, the Dhaka Anushilan Samity was born in 1906 through the initiative of Pulin Behari Das. This was followed by the launch of the revolutionary weekly Yugantar. The Calcutta Anushilan Samity soon started its activities and the first swadeshi dacoity, to raise funds, was organised in Rangpur in August 1906.

In the same year, Hemchandra Kanungo went abroad to get military training in Paris. After his return to India in 1908, he established a bomb factory along with a religious school at a garden house in Maniktala. In the same garden house, young inmates underwent various forms of physical training, reading classic Hindu text, and reading literature on revolutionary movement across the world.

A conspiracy was hatched there to kill Douglas Kingsford, notorious for his cruel ways of dealing with the swadeshi agitators. Two young revolutionaries - 18-year-old Khudiram Bose and 19-year-old Prafulla Chaki – were entrusted with the task of carrying out the killing. On 30 April 1908, they mistakenly threw a bomb on a carriage, that, instead of killing Kingsford, killed two English women. Prafulla Chaki committed suicide and Khudiram Bose was arrested and hanged for the murder.

Aurobindo Ghose, along with his brother Barinder Kumar Ghose and thirty-five other comrades, were arrested. Chittaranjan Das took up the case. It came to be known as the Alipore Bomb case.

The judgement observed that there was no evidence to show that Aurobindo Ghose was involved in any conspiracy against the British rule. Ghose was acquitted of all the charges. Barindra Ghose and Ullaskar Dutt were given the death penalty (later commuted to the transportation of life), with the rest being condemned to transportation for life. The year-long hearing of Alipore Bomb case made a great impact and portrayed the nationalist revolutionaries as heroes to the general public.

Trial and the Aftermath

After his acquittal, Aurobindo Ghose took to a spiritual path and shifted his base to Pondicherry, where he stayed until his death in 1950. The idea of bringing an armed revolution, envisaged by Aurobindo Ghose, never materialized. The reason for the gradual decline in the revolutionary activities in Bengal was a combination of government repression and alienation from the people. Beside this, revolutionary terrorism suffered from certain social limitations too as most of the revolutionaries were drawn from the three upper castes – Brahmin, Kayastha, and Vaishya.

In December 1908 the Morley-Minto constitutional reforms were announced. The moderates welcomed the reforms. However, they soon realised that there was hardly any shift of power. In fact, measures taken by Minto were highly divisive as it institutionalised communal electorates creating Hindu-Muslim divide. Beside this, the colonial government also introduced certain repressive laws such as:

·              The Newspapers (Incitement to Offence) Act, 1908. This act empowered the magistrate to confiscate press property which published objectionable material making it difficult to publish anything critical of British rule.

·              Indian Press Act 1910 made it mandatory for publishers and the printers to deposit a security that could be seized in case they printed ‘obnoxious material’.

Even with the widespread repression, the charm of revolutionary action never disappeared from the Indian national movement. The centre of activities moved from Bengal to Uttar Pradesh and Punjab.