Such efforts, both organized and spontaneous, laid the foundation for a sustained campaign against the British.

Such efforts, both organized and spontaneous, laid the foundation for a sustained campaign against the British. The boycott and swadeshi were always interlinked to each other and part of a wider plan to make India self-sufficient. G. Subramaniam, a nationalist leader from Madras, succinctly explained the aim of the swadeshi movement as ‘a revolt against their state of dependence…in all branches of their national life’. In the words of Gopal Krishna Gokhale, ‘the swadeshi movement is not only for the improvement of our industry but for an allround enhancement of our national life ....’ As the movement progressed, different definitions of Swadeshi appeared. However, for the larger part, the movement of Swadeshi and Boycott was practiced as an anti -colonial political agitation and not as a viable method to achieve dignity and freedom in life, a definition which would be later infused with the entry of Mahatma Gandhi. 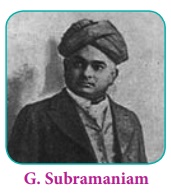 The constructive Swadeshi programmes largely stressed upon self-help. It focused on building alternative institutions of self-governance that would operate entirely free from British control. It also laid emphasis on the need for self-strengthening of the people which would help in creating a worthy citizen before the launch of political agitations.

Rabindranath Tagore was one of the central figures who popularized such ideas through his writings. He outlined the constructive programme of atmashakti Tagore called for economic self- development and insisted that education should be provided in swadeshi languages. He also made the call for utilising melas, or fairs, to spread the message of atmashakti. This became the creed of the whole of Bengal and swadeshi shops sprang all over the place selling textiles, handlooms, soaps, earthenware, matches and leather goods. 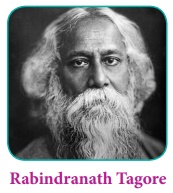 On 5 November 1905, at the initiative of the Dawn Society, the National Council of Education was formed. In August 1906, Bengal National College and a School were founded. A passionate appeal was made by Satish Chandra to the students to come out of ‘institutions of slavery.’ Such efforts, however, failed to attract many due to the bleak job prospects.

Evolution of the idea of Swadeshi

During the freedom struggle, the idea of Swadeshi movement was conceptualized first during 1905 by a string of Congress leaders and then later in the 1920s under the leadership of Mahatma Gandhi.

Swadeshi means ‘of one’s own country’. The origin of the idea can be traced to 1872 when Mahadev Govind Ranade, in a series of lectures in Poona, popularised the idea of Swadeshi. According to Ranade, the goods produced in one’s own country should be given preference even if the use of such goods proved to be less satisfactory.

In the 1920s Gandhi gave a new meaning to the idea of Swadeshi by linking it to the fulfilment of a duty that all Indians owed to the land of their birth. For Gandhi, Swadeshi did not merely mean the use of what is produced in one’s own country. Gandhi defined Swadeshi in following words “Swadeshi is that spirit in us which restricts us to the use and service of our immediate surroundings to the exclusion of more remote. I should use only things that are produced by my immediate neighbours and serve those industries by making them efficient and complete where they may be found wanting.”

The other successful method of mass mobilization was the formation of samitis (corps of volunteers). The samitis were engaged in a range of activities such as physical and moral training of members, philanthropic work during the famines, epidemics, propagation of Swadeshi message during festivals, and organization of indigenous arbitration courts, and schools. By its very nature boycott was passive action and its aim was to refuse to cooperate with the British administration.

But these mass mobilization efforts failed to flourish as they could not extend their base among the Muslim peasantry and the “Depressed Classes”. Most of the samitis recruited from the educated middle class and other upper caste Hindus. Besides this, the swadeshi campaigners often applied coercive methods, both social and physical. For instance, social boycott of those purchasing foreign goods was common and taken up through caste associations and other nationalist organisations.

From 1906, when the abrogation of partition was no longer in sight, the Swadeshi Movement took a different turn. For many leaders, the movement was to be utilized for propagating the idea of the political independence or Swaraj across India. The constructive programmes came under heavy criticism from Aurobindo Ghose, Bipin Chandra Pal, and other militant leaders. Under their new direction, the swadeshi agenda included boycott of foreign goods; boycott of government schools and colleges; boycott of courts; renouncing the titles and relinquishing government services; and recourse to armed struggle if British repression went beyond the limits of endurance. The programme of this nature required mass mobilization. Using religion, combined with the invocation of a glorious past, became the essential features of their programmes.