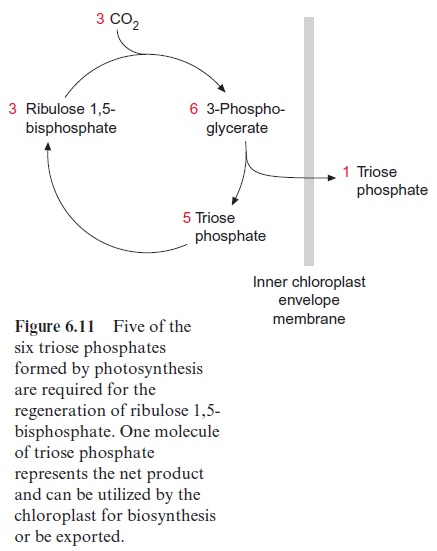 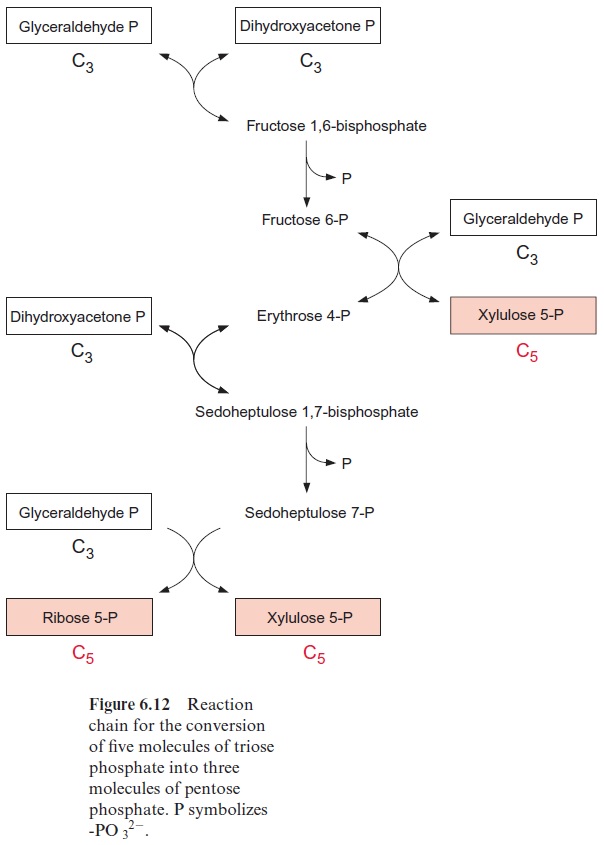 The two trioses dihydroxyacetone phosphate and glyceraldehyde phos­ phate are condensed in a reversible reaction to fructose 1,6-bisphosphate, as catalyzed by the enzyme aldolase (Fig. 6.13). Figure 6.14 shows the reaction mechanism. As an intermediate of this reaction, a protonated Schiff base is formed between a lysine residue of the active center of the enzyme and the keto group of dihydroxyacetone phosphate. This Schiff base enhances the release of a proton from the C-3 position and enables a nucleophilic reac­ tion with the C atom of the aldehyde group of glyceraldehyde phosphate. Fructose 1,6-bisphosphate is hydrolyzed by fructose 1,6-bisphosphatase in an irreversible reaction to fructose 6-phosphate (Fig. 6.15). 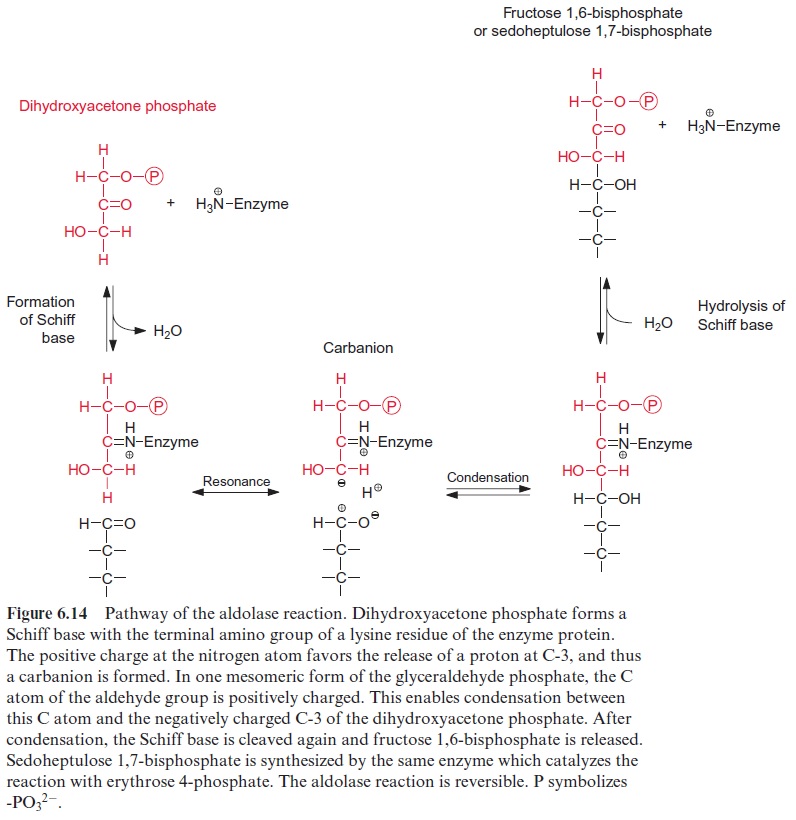 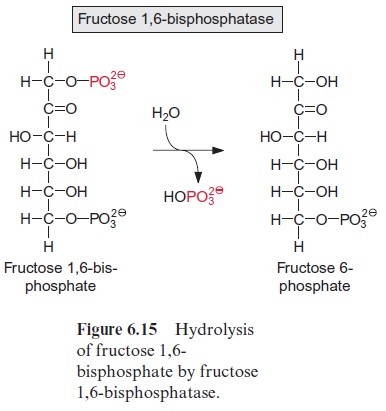 The enzyme transketolase transfers a carbohydrate residue with two carbon atoms from fructose 6-phosphate to glyceraldehyde 3-phosphate yielding xylulose 5-phosphate, and erythrose 4-phosphate in a reversible reaction (Fig. 6.16). Thiamine pyrophosphate (Fig. 5.5), already discussed as a reaction partner of pyruvate oxidation , is involved as the prosthetic group in this reaction (Fig. 6.17). 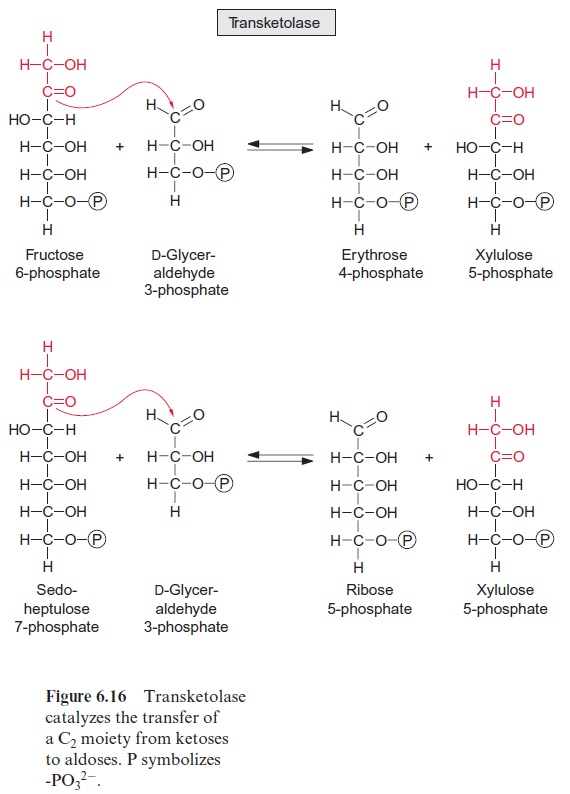 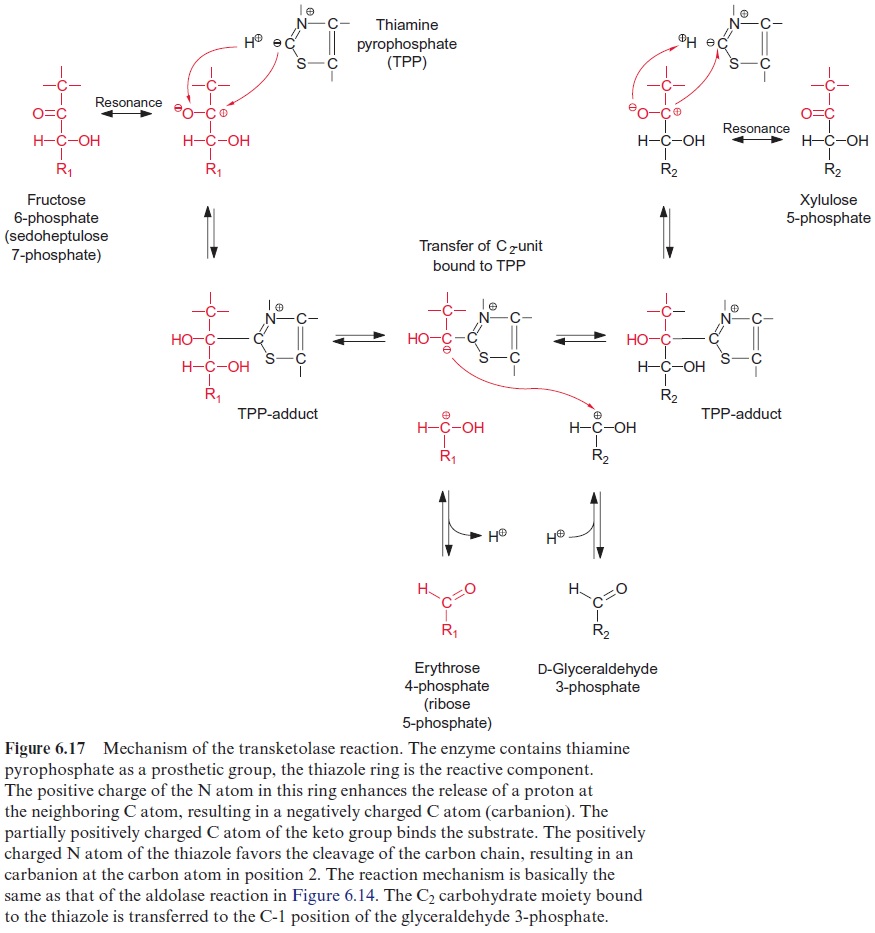 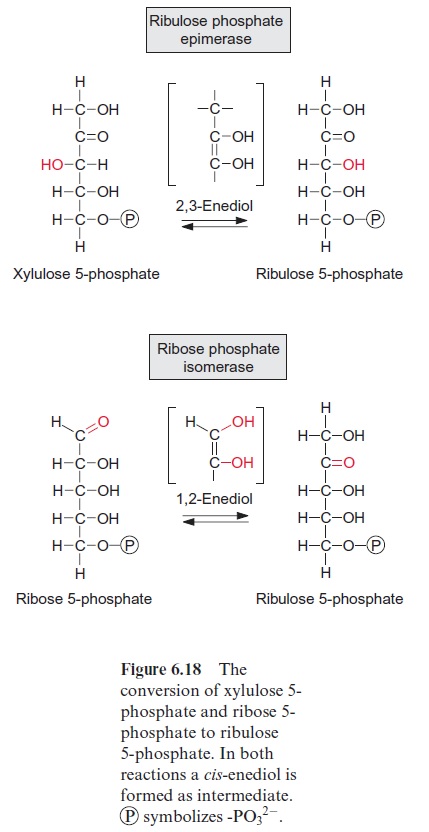 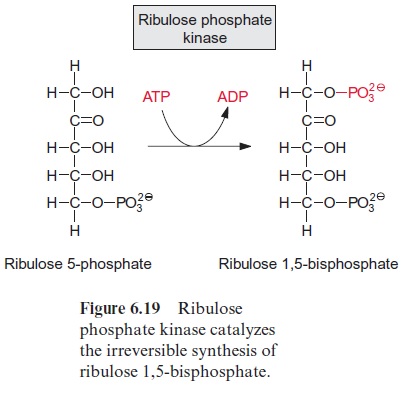 This kinase reaction is irreversible, since a phosphate of the “energy-rich” anhydride in the ATP is converted to a phosphate ester with a low free energy of hydrolysis.

The scheme in Figure 6.20 presents a summary of the various reactions of the Calvin cycle. Four irreversible steps are indicated in the cycle (bold arrows): carboxylation, hydrolysis of fructose- and sedoheptulose bisphosphate,and phosphorylation of ribulose 5-phosphate. The fixation of one molecule of CO2 requires in total two molecules of NADPH and three molecules of ATP. 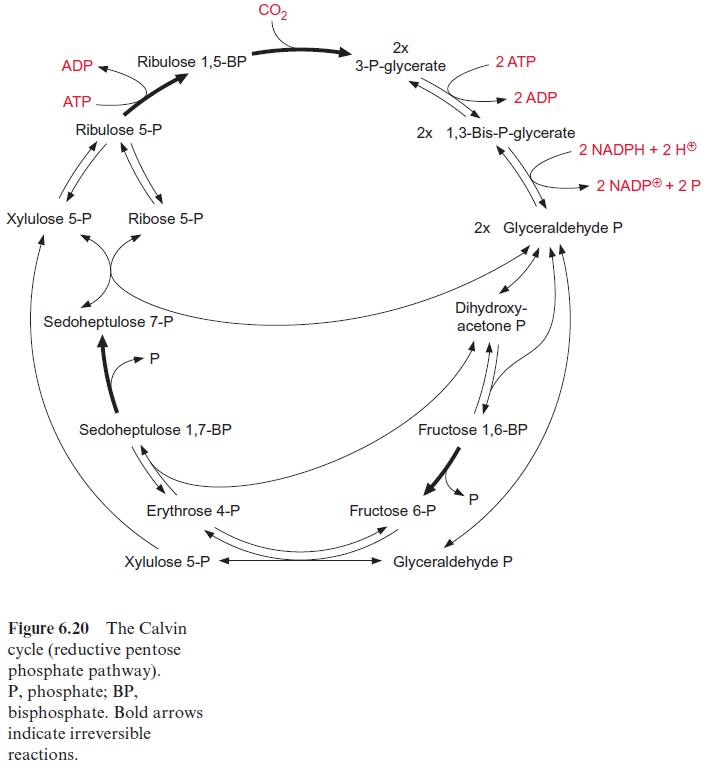