The mechanisms that regulate systemic blood pressure may be divided into two types: intrinsic mechanisms and nervous mechanisms.

The term intrinsic means “within.” Intrinsic mecha-nisms work because of the internal characteristics of certain organs. The first such organ is the heart. When venous return increases, cardiac muscle fibers are stretched, and the ventricles pump more forcefully (Starling’s law).

Thus, cardiac output and blood pres-sure increase. This is what happens during exercise, when a higher blood pressure is needed. When exer-cise ends and venous return decreases, the heart pumps less forcefully, which helps return blood pressure to a normal resting level.

The second intrinsic mechanism involves the kid-neys. When blood flow through the kidneys decreases, the process of filtration decreases and less urine is formed. This decrease in urinary output preserves blood volume so that it does not decrease further. Following severe hemorrhage or any other type of dehydration, this is very important to maintain blood pressure. 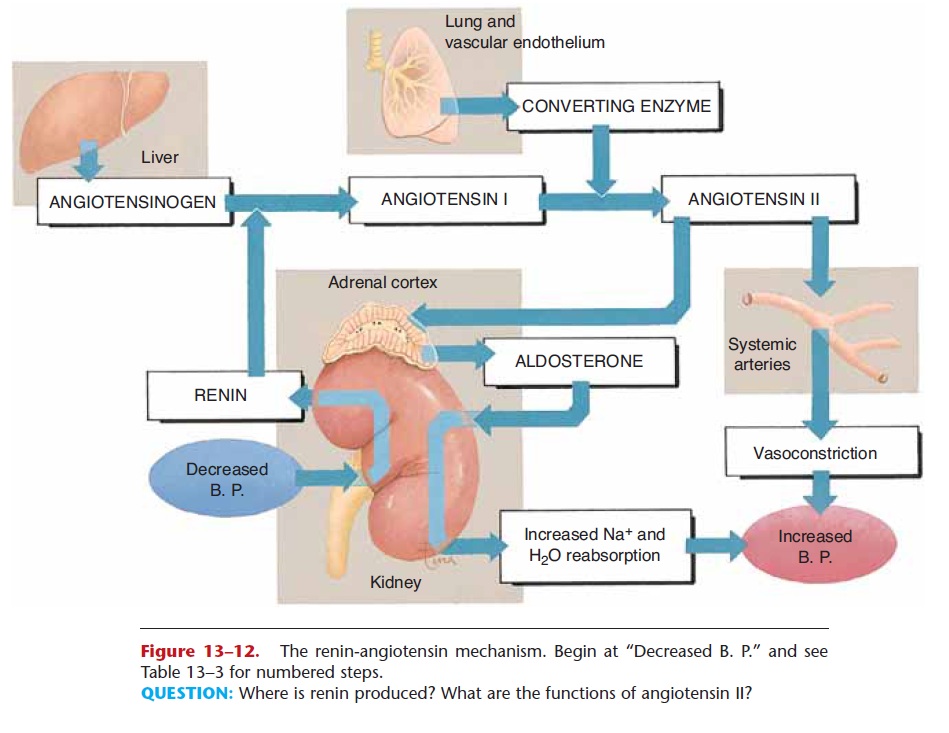 Figure 13–12. The renin-angiotensin mechanism. Begin at “Decreased B. P.” and see Table 13–3 for numbered steps.

QUESTION: Where is renin produced? What are the functions of angiotensin II?

The  kidneys  are  also  involved  in  the  reninangiotensin mechanism. When blood pressure decreases, the kidneys secrete the enzyme renin, which initiates a series of reactions that result in the formation of angiotensin II. These reactions are described in Table 13–3 and depicted in Fig. 13–12. Angiotensin II causes vasoconstriction and stimulates secretion of aldosterone by the adrenal cortex, both of which will increase blood pressure. 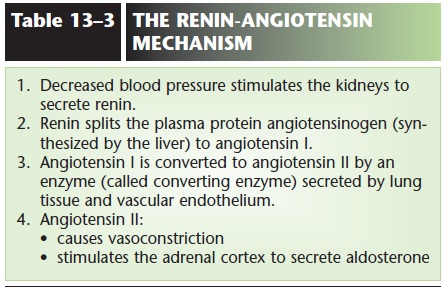 The medulla and the autonomic nervous system are directly involved in the regulation of blood pressure. The first of these nervous mechanisms concerns the heart; this was described previously. 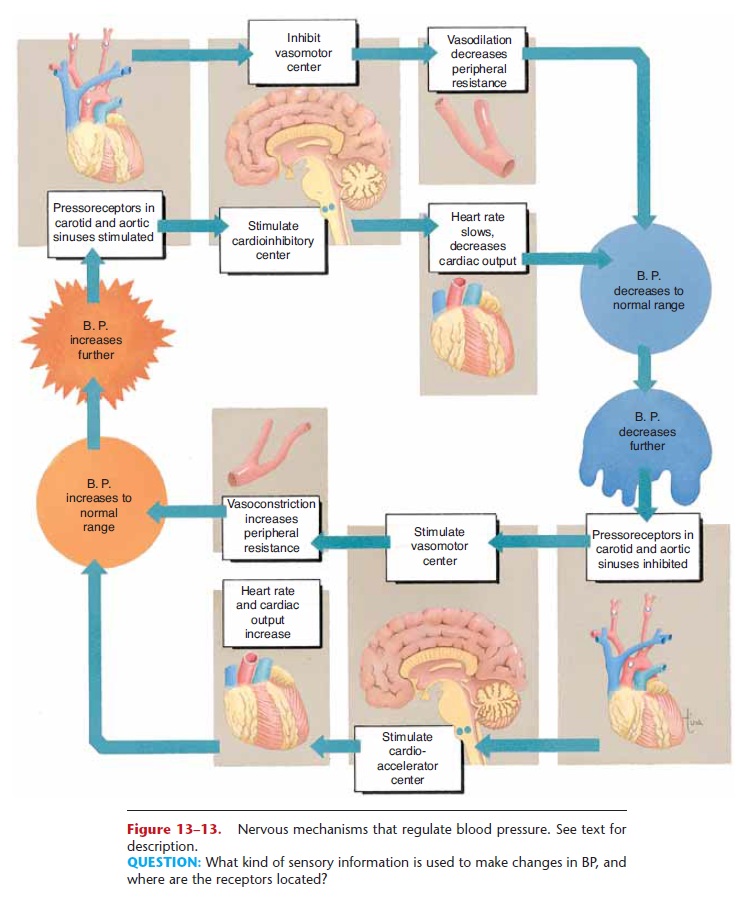 QUESTION: What kind of sensory information is used to make changes in BP, and where are the receptors located?