Rectifiers and Types of rectifiers

Regulator: A circuit that maintains the terminal voltage as constant even if the input voltage or load current varying.

Rectifiers are grouped into two categories depending on the period of conduction.

Ø   It consists of step-down transformer, semiconductor diode and the load resistance.

Ø   The diode can be used to convert the ac into pulsating dc.

Ø   During the positive half cycle of input, the diode D is forward biased, it offers very small resistance and it acts as closed switch and hence conducts the current through the load resistor.

Ø   During the negative half cycle of the input diode D is heavily reverse biased, it offers very high resistance and it acts as open switch hence it does not conduct any current. The rectified output voltage will be in phase with AC input voltage for completely resistive load. 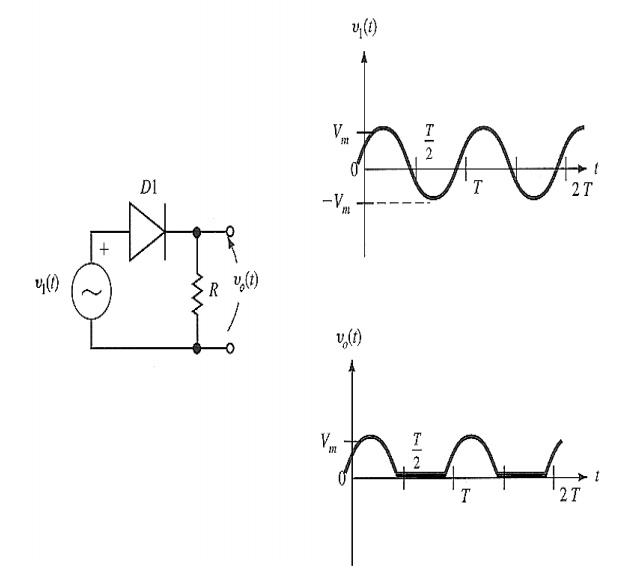 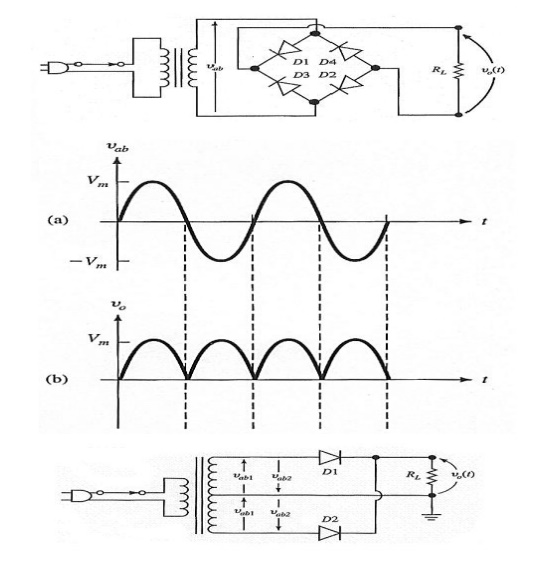