Proteins and their structure

Proteins are made up of the 20 different amino acids.

Proteins and their structure

Proteins are made up of the 20 different amino acids. These amino acids are joined together by a covalent linkage commonly known as a peptide bond. The linear sequence of these linked amino acids is specific for a protein. The amino acid sequence contains necessary information for that protein to fold into a unique three dimensional structure and correspondingly a unique function. The structure of proteins can be best understood by considering them in four hierarchical levels as described in figure 3.7

1. The primary structure of proteins 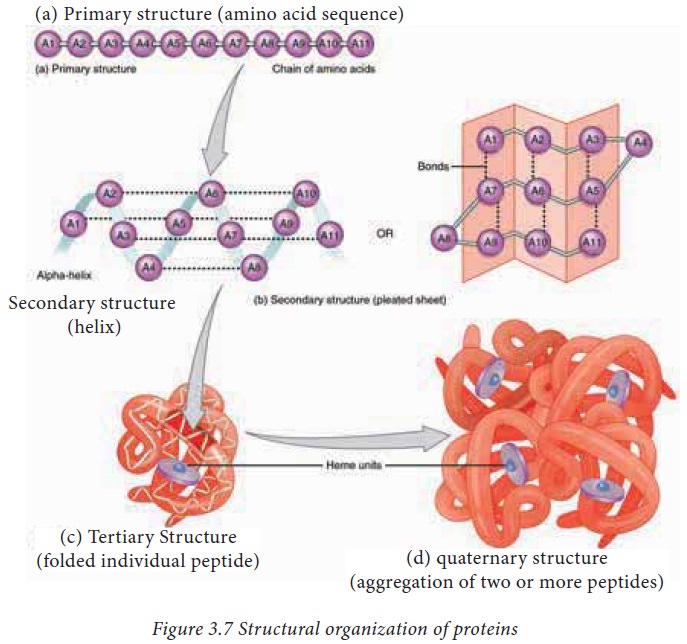 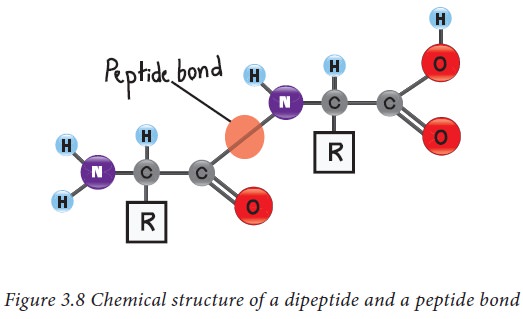 Peptide bonds have some important properties, which are

b.  Peptide bonds have a partial double bond character, which gives them a planar nature and hence cannot be rotated.

c.   Since peptide bonds are amide linkages the –C=O and –NH groups cannot donate or accept protons and are uncharged. The net charge of a polypeptide can come only from the N terminus amino group, C terminus carboxyl group and the side chains of the amino acids.

d.  Despite not being ionisable, the –C=O and –NH groups of peptide bonds are polar and can involve in the formation of hydrogen bonds. This property is important for the formation of secondary structures of proteins.

The back bone of a polypeptide forms regular structural arrangements by making hydrogen bonds with its neighbouring amino acids. As a rule, these hydrogen bonds are always between the main chain –NH group and –C=O group. There are three main types of secondary structures present in proteins namely α Helix, β sheet and β turn.

It is a spiral (helical) structure of a tightly packed and coiled main chain of a polypeptide with the side chain groups of amino acids protruding outside. The helical structure is achieved by the formation of hydrogen bonds between the –C=O of an nth amino acid with the –NH group of n+4th amino acid. Each turn of an α helix contains 3.6 amino acids.The α helices are mostly right handed but there are rare instances where left handed α helices are also present in proteins. The amino acid Proline can produce a kink in an α helix as its secondary amino group is not geometrically compatible inside an α helix. 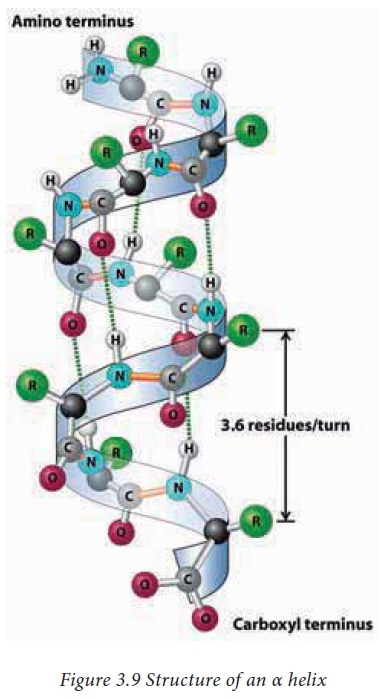 In a β pleated sheet, two or more segments of a polypeptide chain line up next to each other forming a sheet like structure held together by hydrogen bonds. The strands of a β pleated sheet may be parallel where the N- and C- termini of the strands match up or antiparallel where the N-terminus of one strand is positioned next to the C-terminus of the other. 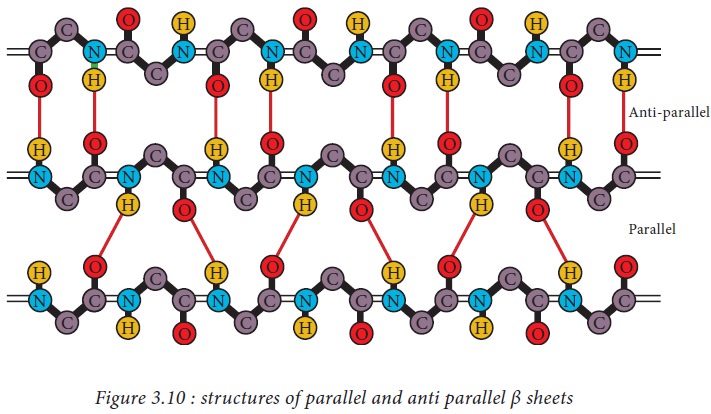 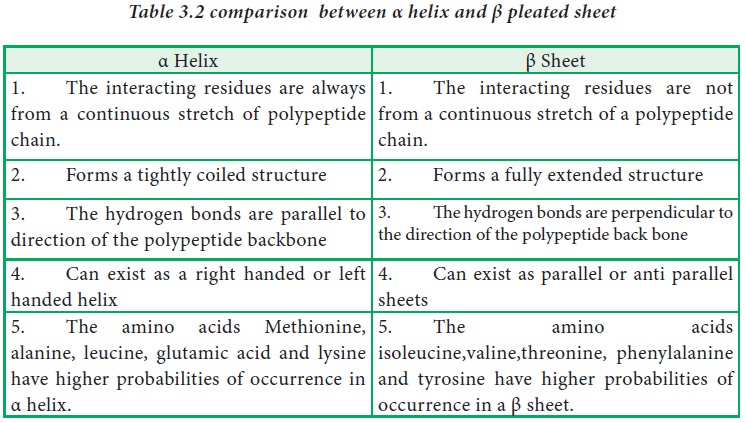 These are secondary structural elements with four amino acids that can reverse (turn) the direction of a polypeptide and thus help the polypeptide to form a globular shape. They are mostly found on the surface of proteins. The amino acids proline and glycine are more frequently found in β turns. They are also mostly found to connect two different α helices or β strands to form super secondary structure motifs such as helix-turn helix, beta meander, beta barrel etc.

The polypeptide folds in such a way that the secondary structure elements are packed compactly to form an overall three-dimensional structure called its tertiary structure. The tertiary structure is stabilized mainly by the interactions between the R groups (side chains) of the amino acids. 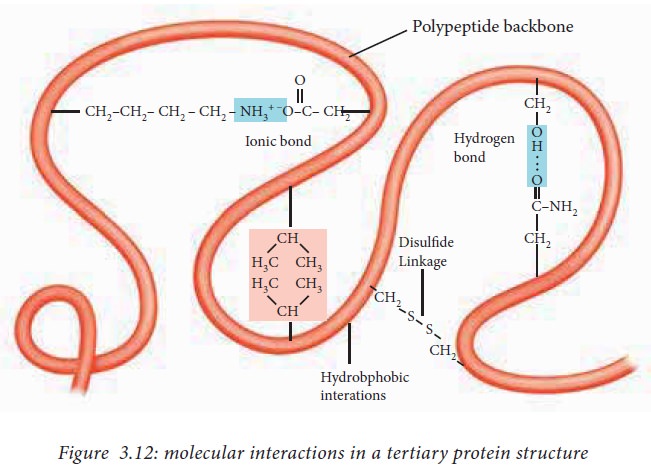