There are more than 300 amino acids found in nature.

There are more than 300 amino acids found in nature. However, only 20 of them are present in proteins. Each amino acid has three distinct groups

a.  A primary amino group (Except for the amino acid proline, which has a secondary amino or imino group)

b.  A carboxylic acid group and

c.   A distinct side chain or R group. 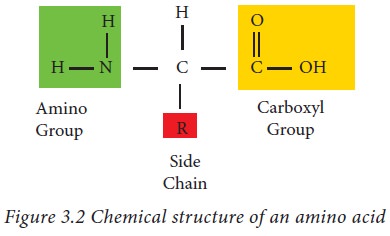 The amino acids serine, threonine, tyrosine, cysteine, asparagine and glutamine have a net zero charge at neutral pH. However at alkaline pH the side chain of cysteine and tyrosine can lose a proton. The polar hydroxyl group (-OH) present in the side chains of serine, threonine and tyrosine can form a hydrogen bond. Similarly, the cysteine side chain can form disulphide bonds. The details of hydrogen bond and disulphide bonds along with their role in protein structure and stability will be explained in a later section of this unit.

3. Amino acids with basic side chains

At physiologic pH the amino acids arginine and lysine are positively charged due to the ionization of their side chains. The side chain of the amino acid histidine acts as a weak base and in proteins histidine is either neutral or basic depending on the chemical environment. 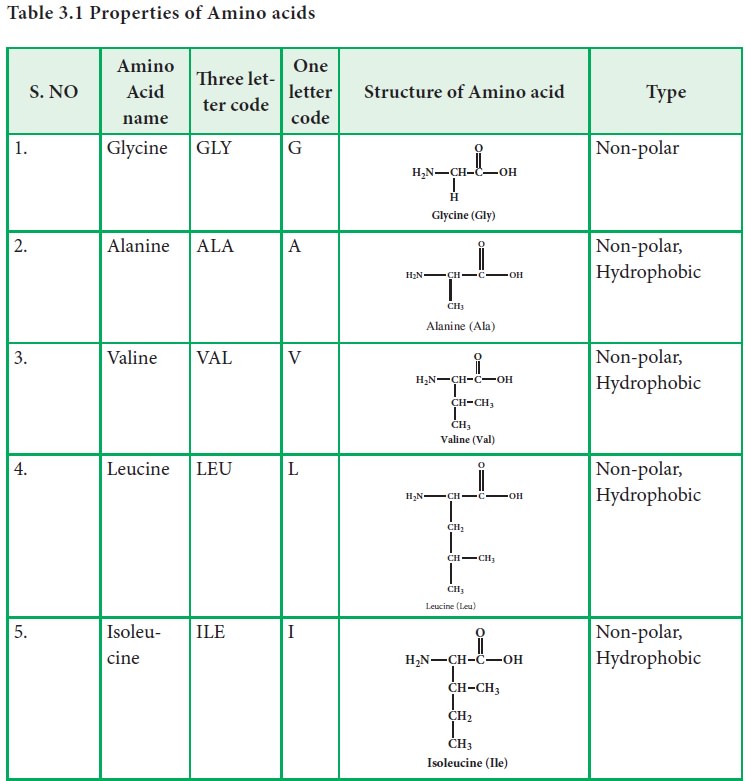 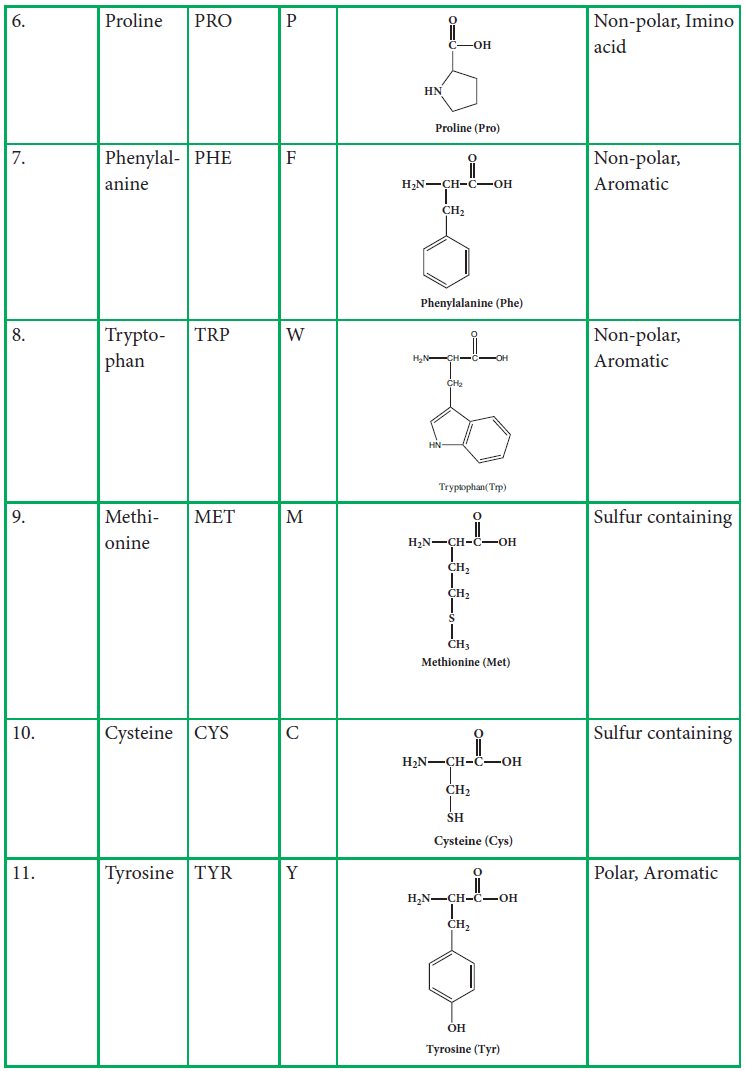 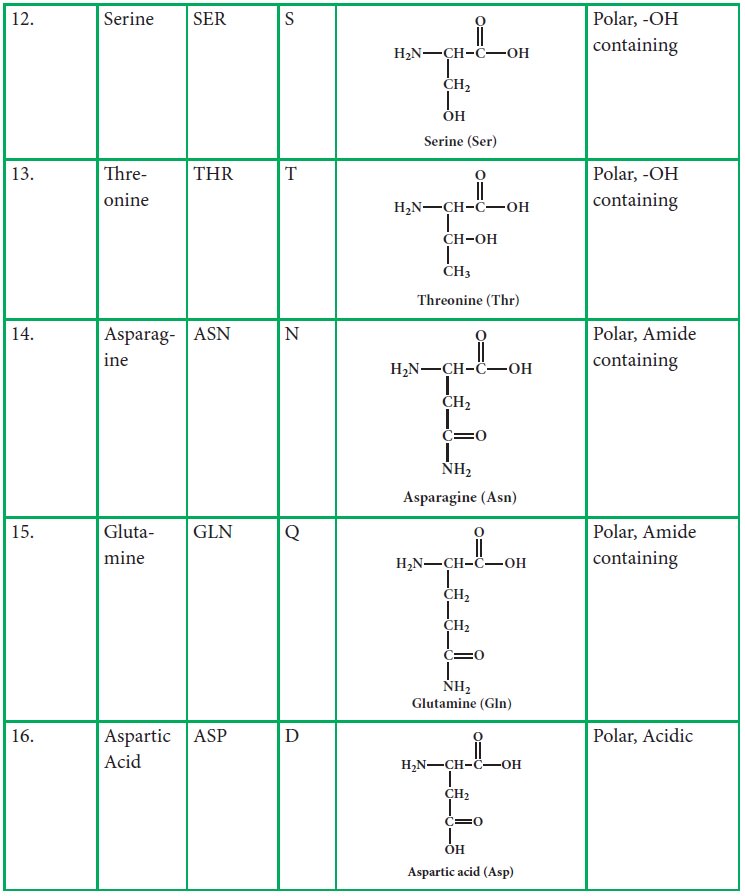 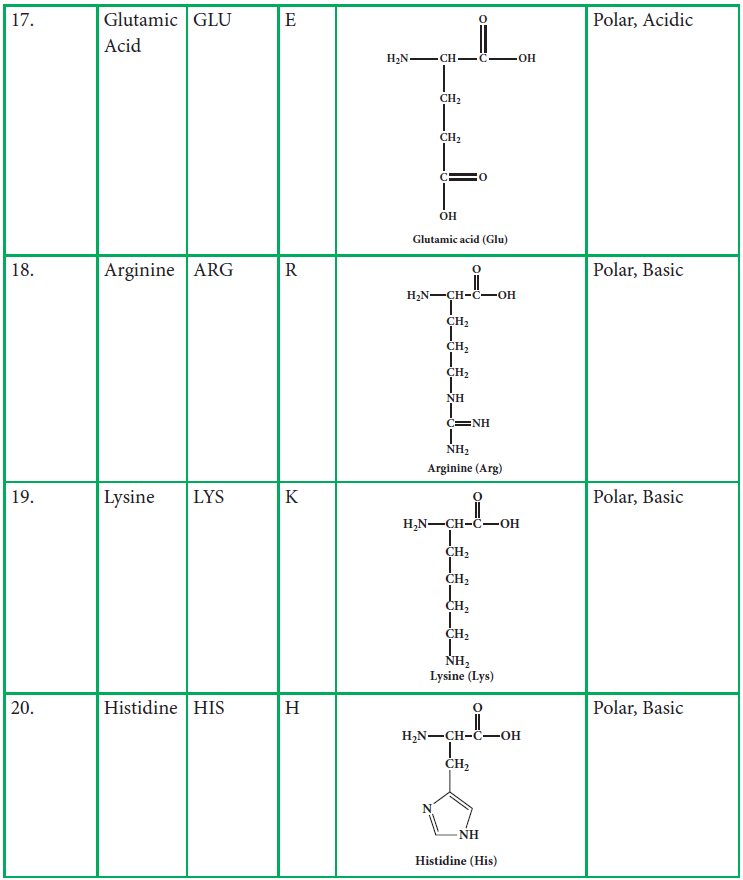 All amino acids except glycine have at least one asymmetric carbon atom and hence they exist as stereo isomers and are normally represented as D and L isomers. Proteins are always made up of L amino acids. However D amino acids can be found in antibiotics, bacterial cell walls etc. 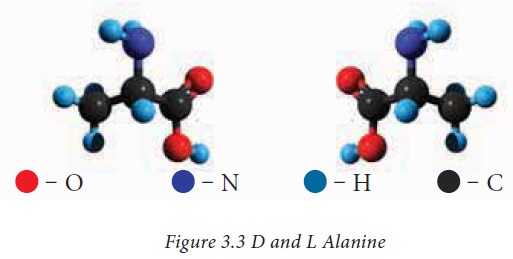 5. Acid – base properties of amino acids

Amino acids have both carboxylic acid and amino groups. Similarly, the side chains of acidic and basic amino acids contain additional ionisable groups. Recall that acids are proton donors, where as bases are proton acceptors and the quantitative relationship between pH of a solution and the concentration of the weak acid and its conjugate base is given by Henderson-Hasselbalch equation.

The dissociation of the acidic and basic groups can be explained with alanine as an example. The three different ionic forms of alanine in acidic, neutral and basic solutions is explained in Figure 3.4

At a particular pH, the net charge of an amino acid becomes neutral (Form II) and such ionic forms are known as zwitter ions and the corresponding pH is known as its iso electric point (pI). The titration curve of alanine is given in figure 3.5 Note that since there are two ionisable groups in alanine, it has two pKa values denoted as pKa1which is equal to 2.3 and pKa2 which is equal to 9.1. The iso electric point is denoted as pI and for alanine it is 5.7. 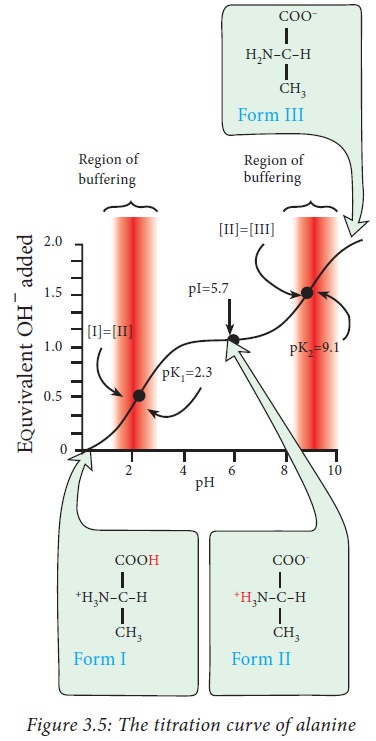 Ninhydrin oxidatively decarboxylates an amino acid to CO2 and an aldehyde. The reduced ninhydrin subsequently reacts with another molecule of ninhydrin to form a purple complex which absorbs light at 570 nm 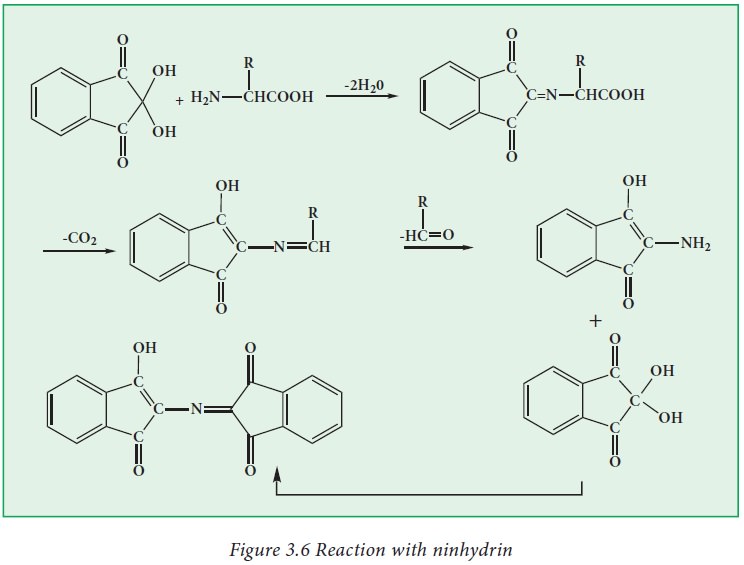