Take a tuning fork and strike its prongs on a rubber pad. Bring it near your ear. Do you hear any sound? Now touch the tuning fork with your finger. What do you feel? Do you feel vibrations?

Take a steel tumbler and fill it with water. Take a spoon and gently tap the tumbler. What do you observe? Can you hear some sound? Do you see any vibration on the surface of the water?

1. Sound needs a medium for Propagation

In the activities given above we saw that sound needs a material medium like air, water, steel etc., for its propagation. It cannot travel through vacuum. This can be demonstrated by the Bell – Jar experiment.

An electric bell and an airtight glass jar are taken. The electric bell is suspended inside the airtight jar. The jar is connected to a vacuum pump, as shown in Figure 2.1. If the bell is made to ring, we will be able to hear the sound of the bell. Now when the jar is evacuated with the vacuum pump, the air in the jar is pumped out gradually and the sound becomes feebler and feebler. We will not hear any sound,if the air is fully removed (if the jar has vacuum). 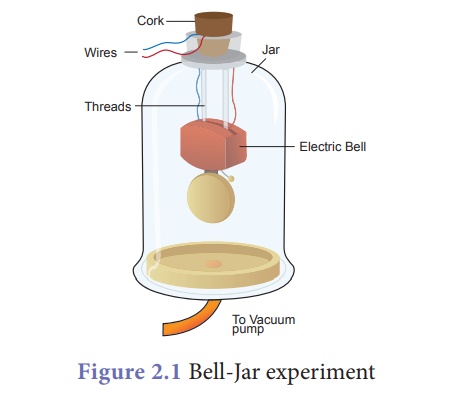 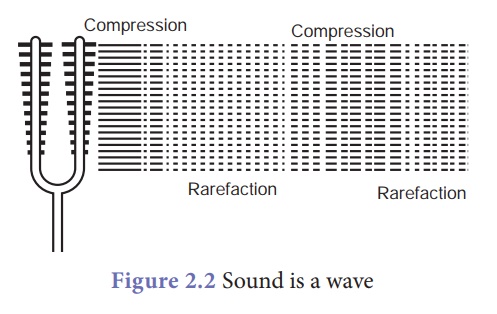 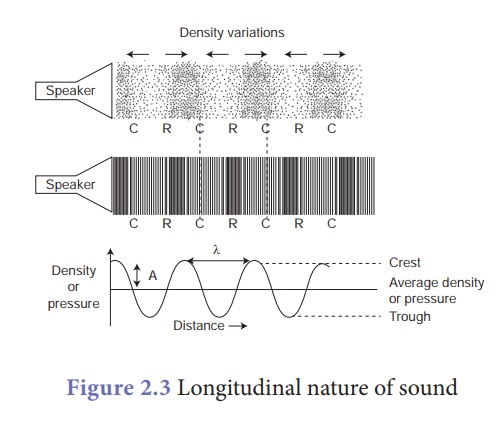