Sounds can be distinguished from one another in terms of the following three different factors. 1.  Loudness 2.  Pitch 3.  Timbre (or quality)

Sounds can be distinguished from one another in terms of the following three different factors.

Loudness is a quantity by virtue of which a sound can be distinguished from another one, both having the same frequency. Loudness or softness of sound depends on the amplitude of the wave. If we strike a table lightly, we hear a soft sound because we produce a sound wave of less amplitude. If we hit the table hard we hear a louder sound. Loud sound can travel a longer distance as loudness is associated with higher energy. A sound wave spreads out from its source. As it move away from the source its amplitude decreases and thus its loudness decreases. Figure 2.5 shows the wave shapes of a soft and loud sound of the same frequency. 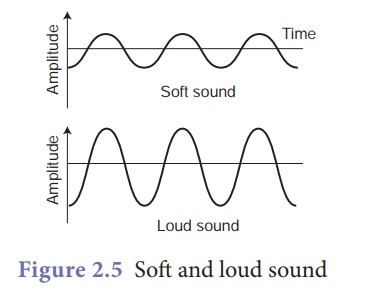 The loudness of a sound depends on the intensity of sound wave. Intensity is defined as the amount of energy crossing per unit area per unit time perpendicular to the direction of propagation of the wave.

The intensity of sound heard at a place depends on the following five factors.

i. Amplitude of the source.

ii. Distance of the observer from the source.

iii. Surface area of the source.

iv. Density of the medium.

v. Frequency of the source.

The unit of intensity of sound is decibel (dB). It is named in honour of the Scottish-born scientist Alexander Graham Bell who invented telephone. 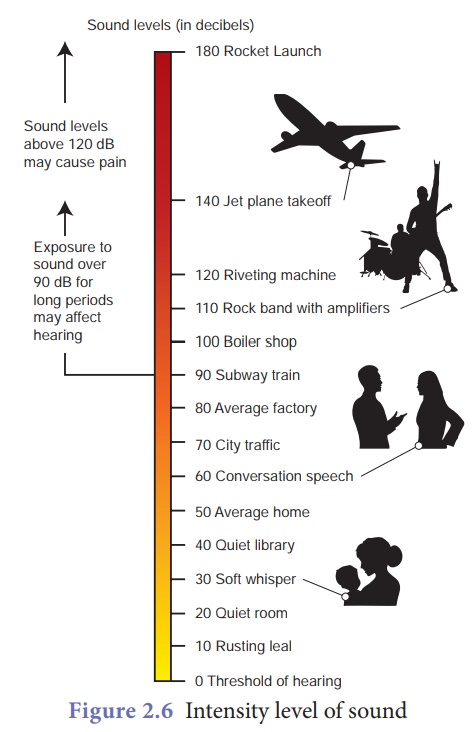 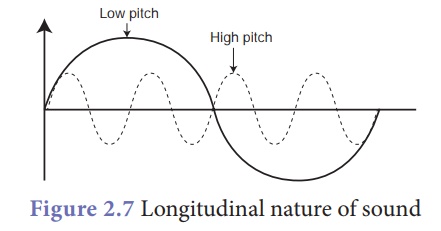