Preservation of Foods with Low Temperature

Preservation of Foods with Low Temperature

Chill temperature is just above the refriger-ated temperature. In chilling fish, the tem-perature is reduced to freezing point of water. Chill temperature delays both bio-chemical and bacteriological changes. The deteriora-tive changes are retarded when low temper-ature is maintained. Hence the shelf life of food is improved and this ensures preserving natural and functional properties of food. Storage at −1°C and −4 °C can provide sta-bility in the presence of food preservation. 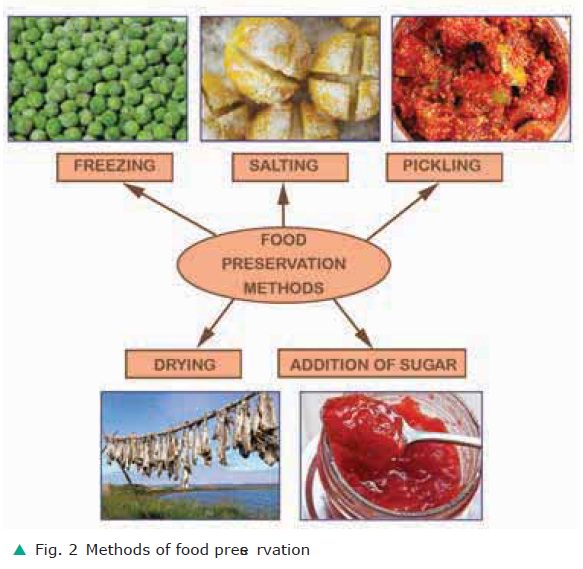 Freezing is a means of preserving food through the application and maintenance of extreme cold temperature (−4°C to −40°C). It is effective because most of the water of the food tissue is changed from the liquid to the solid state. This change in the physical state of water retards enzy-matic action and stops microbial growth, the cause of food spoilage, thus preserving food. Many foods can be frozen for twelve months or more without major changes in size, shape, texture, colour and flavour. 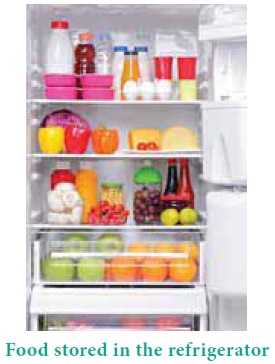 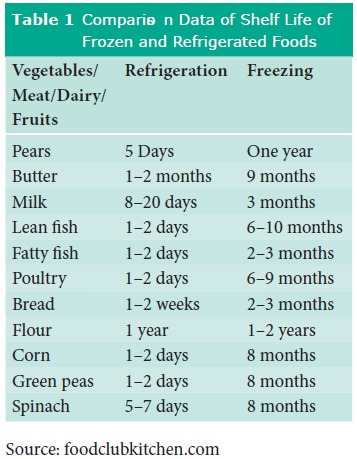 It is also known as sharp freezing. In this method, the food is frozen under tem peratures ranging from −4oC to −29oC.

Freezing may require three to seventy-two hours under such conditions. Home freez-ing is done by this method.

The temperatures used in the quick freez-ing process range from −32oC to −40oC. It freezes food so rapidly that fine crys-tals are formed. The time taken for quick freezing is significantly lower than that of slow freezing. In quick freezing, large quantities of food can be frozen in a short period of time. The use of very low tem-perature for both freezing and holding frozen products adds to the cost but of desirable for many products in terms of retention of palatability and nutritive value. 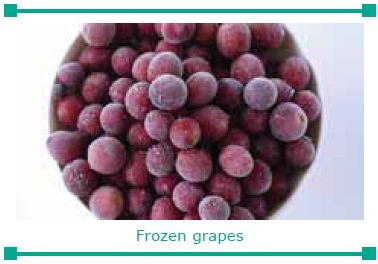 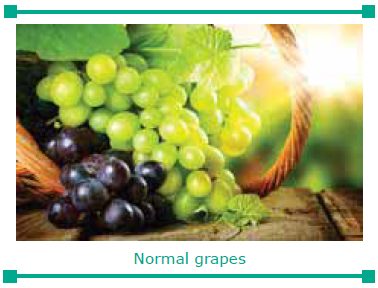 Points to be Considered Before Freezing Food

Blanching (dipping the products in boil-ing water for two to three minutes) veg-etables before freezing reduces the num-ber of microorganisms, removes some air from the tissues, makes them more compact and enhances their colour. Its most important function is to inactivate enzymes otherwise that would cause dete-rioration in palatability, colour and ascor-bic acid content during storage.

The enzymes of fruits can be inactivated by blanching but it is not done as it gives the fruit a cooked flavour and soft texture. Rather fruits are cut directly into sugar syrup or sugar to prevent oxidation. Sugar not only increases the sweetness but helps to retain volatile aroma.

Meat and poultry require only wrapping for freezing. After slaughtering the ani-mal, the pork, meat and poultry is chilled promptly to avoid spoilage. The ten-dency of the fat of the pork and poultry to become rancid during storage in a freezer is aggravated by storage before freezing.