Postmodernism refers to a variety of ideas that criticize modernity and emerge as its successor and rival.

Postmodernism refers to a variety of ideas that criticize modernity and emerge as its successor and rival. The major proponents of Postmodernism include Fredrick Nietzsche, Jean -Francois Lyotard, Michel Foucalt and Jacques Derrida. Modernity has dominated the political theory in the last 200 years. Rationality, universalism, reductionism are among the dominant principles of modernity. Postmodernism challenges these principles and advocates alternatives. It emerged in the last three decades in western political theory.

Fredrick Nietzsche is called Father of Post Modernism. He famously said “God is dead”. He argued that man should stop the search for the ultimate truth to explain human life. It is beyond our capacity.

Modernity believes in universalism and reductionism. It explains all the phenomena through a single factor or one ultimate truth. For example, Karl Marx said human life depends on economy and all problems can be solved by eliminating the right to private property. Similarly Fredrick Hegel, the German philosopher argued that the world is nothing but the embodiment of World Spirit. Postmodernism, in contrast, advocates that the world and our life is complex and cannot be explained by a single factor. A host of factors like culture, language, religion, politics, and economy decide human life and this world. 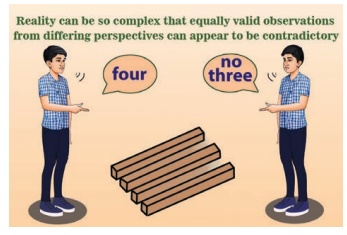 Postmodernism believes that truth is not singular but plural. There are multiple versions of truth. For example, take any one leader or historical event. Different people will talk about the leader or the event differently. One person may call that leader a visionary. Another may call him a demagogue. Yet another may have a different perspective. All may be right in their own perspective and interpretation. The world is not constituted only by the two colours of black and white. There are more colours positioned in a continuum in between black and white. 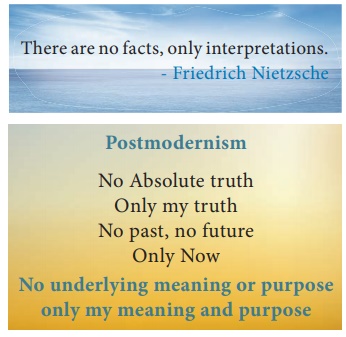 Jacque Derrida was a French philosopher who advocated an innovative Post- modern concept called deconstruction. He provides deconstruction as an approach to understand meanings and texts. There are multiple meanings in a text and as human language is not so developed it may not be possible for the author of a text to communicate all his thoughts and the receiver or reader of the text may understand the meanings differently. Multiple interpretations of a text exist and therefore Derrida suggests deconstructing the meanings of the text. 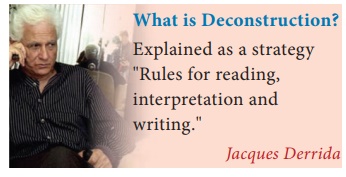 Postmodernism opposes the universalism of modernity. In contrast it supports Particularism. It argues that the parts are more important than the whole. For example, modernity pays attention to universal theory of rights or welfare. Post- modernism focuses on the rights of particular social groups like women, tribal and the like, who are less privileged. Modernity devotes attention to systemic change but Postmodernism focuses on emancipating or changing the condition of specific social groups.

Identity politics is interlinked with post - modernism. Identity Politics refers to the activities of specific social groups, usually the weak, vulnerable and under-privileged communities who organise themselves under the banner of their own caste, race, and gender to resist domination of other groups over them. The members of these groups call themselves ‘we’ and oppose the activities of others, ‘they’. Postmodernism and Identity Politics promote the empowerment of local, specific communities. 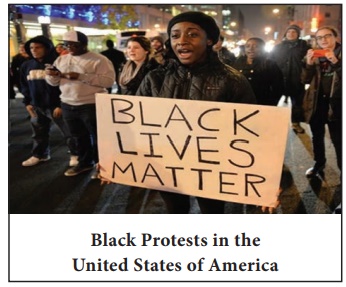 Postmodernism has been criticised by many thinkers and scholars. In fact, Alan Kirby, a British cultural critic, said Postmodernism is dead as its cultural period is over and the world has entered digi-modernism or the Era of Digital Modernism.