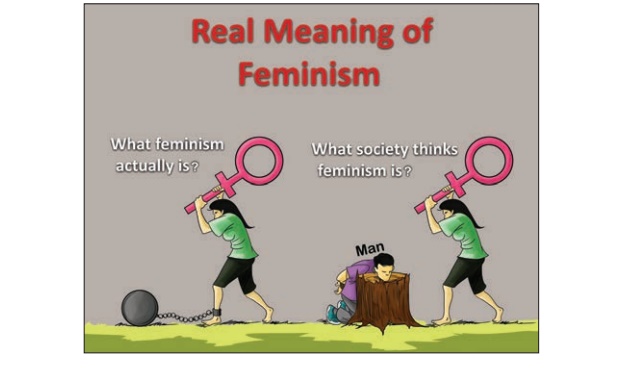 Feminism refers to the movements and ideologies that strive to promote empowerment of women so that they achieve equality with men.

Feminism refers to the movements and ideologies that strive to promote empowerment of women so that they achieve equality with men. Feminist schools of thought emerged on the horizon of Modern Political Theory from the last decades of the 19th century. It was propelled by scientific realisation about the innate capability and equality of women with men 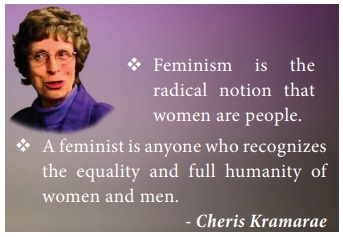 There are different feminist schools of thought that can be broadly categorized as; 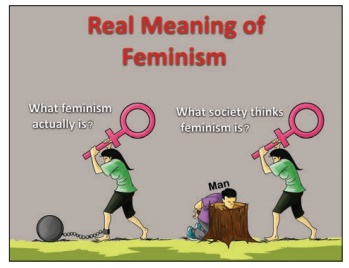 The feminist movement, in its infant stage in the late 19th century, advocated equal political rights for women. It believed that the subordination of women in society could be rectified with electoral enfranchisement of women and endowment of other political and economic rights. The State was considered to be a gender neutral institution. Therefore granting of voting rights to women will culminate in the fruition of women development. The greatest feat of liberal feminism lies in winning voting rights to women in the democratic western countries.

It placed gender inequality and exploitation in the origin of private property from the second stage of human history called Ancient Slave Society. Friedrich Engels, a close associate of Karl Marx, wrote the book “The Origins of The Family, Private Property and the State”. He argued that subordination of women emerged with the rise of private property as men controlled the property and used it to establish their domination over women. The struggle for women liberation should take place simultaneously with the struggle for liberation of the working class. Marxist revolution will lead to the destruction of capitalism and the establishment of communism where there will be no private property. There will be equality among not only men but also between men and women

There are no innate differences between men and women and women came to be subjugated deliberately for the purpose of exploitation, is the ideological crux of Radical Feminism.

Simone de Beauvoir, the famous radical feminist and author of the work “The Second Sex”, asserted that “A woman is not born but made”. Both woman and man are endowed with same capacities when they are born. Male-dominated society and culture known as patriarchy creates through indoctrination the inequality between them. The differences in gender are created artificially and unjustly. We can understand this assertion when we note the enormous differences in the status and position accorded to women among the cultures of the world.

Carole Hanisch, a famous Radical Feminist, brought out the most important slogan of Radical Feminism - Personal is Political - to reveal patriarchal domination over women. The liberal politics divides the activities of humankind into personal and public domains. The personal domain is considered to be a sphere of personal life where family operates. It is believed that there is no scope for conflict and domination in this sphere and only love, affection and empathy are relevant. Women live in the personal sphere and therefore there is no need for political rights, power and authority for women.

But the public domain is a sphere of struggle, competition and therefore politics. This domain is dominated exclusively by men. Therefore, men alone participate in politics and possess political power.

Radical Feminism repudiates the above liberal exposition and asserts that private and personal domain is also subject to politics. The relationship between man and women in personal domain is not always characterised by the considerations of love and affection. Even here struggle, competition and domination operate. For example the relations between husband and wife and a brother and sister are not always friendly and affectionate.

Eco Feminism provides a feminist interpretation of nature. The two ideologies of Feminism and Environmentalism are fused in Eco Feminism. It argues that patriarchy is the root cause of environmental degradation and women exploitation. The important architects of Eco Feminism are Francoise D’Eaubonne, Rosemary Ruether, Ynestra King and Vandana Shiva. 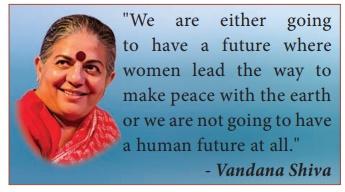 The other school, Cultural Feminism argues that women are closer to nature as both are food providers and play indispensable role in biological reproduction. The environmental degeneration affects women more than men. The division of work between the two genders leaves women more disadvantaged in the age of environmental crisis. They suffer more as in male dominant societies they are given the responsibilities directly linked with nature.

Audre Lorde said, “To imply, however, that all women suffer the same oppression simply because we are women is to lose sight of the many varied tools of patriarchy. It is to ignore how those tools are used by women without awareness against each other… As an African-American woman in White patriarchy, I am used to having my archetypal experience distorted and trivialised.” 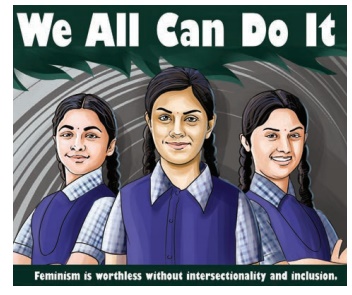 It revolts against the western feminist movements’ attempts at universalizing their experience. Women do not constitute a single and homogenous category as they are differentiated by a host of factors like class, race, religion and country. The mainstream feminism suffers from several deficiencies when applied to non-western societies The Post-Colonial Feminism criticises the negative impact of western colonialism on the social economic and political universe of women in Asia and Africa, a realty that was ignored and never experienced by the mainstream feminist thought. They had experienced racism, slavery, forced migration and numerous other evils that make them different from the Western women.

It also condemns the projection of the western women as educated, politically-conscious, modern and empowered and non-western women as passive, powerless victims. Post -Colonial Feminism argues that women in these societies are victims of double colonisation represented by the exploitative forces of colonialism and patriarchy. Post-Colonial Feminism castigates the visible indifference of the mainstream post colonial political thought to the peculiar sufferings of the women in their societies and countries. 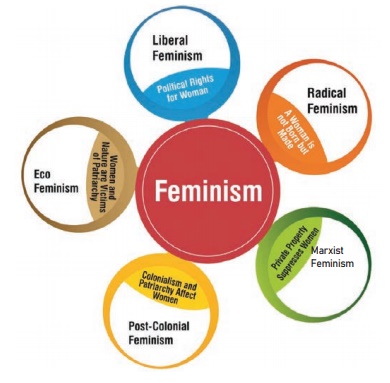 Not only feminism but all recent theories in political science emphasise the need to promote gender equality and women empowerment. Indian State had implemented certain crucial measures for protecting women. 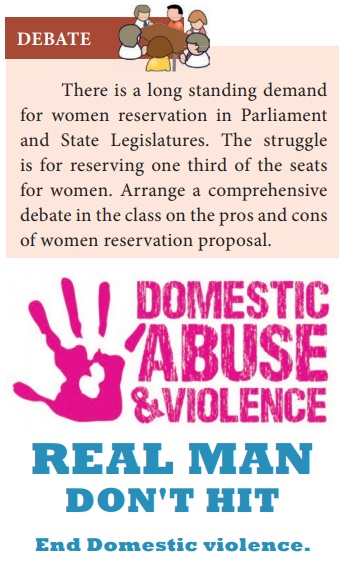 The 73rd and 74th Constitutional Amendment Acts reserve one-third of the seats in panchayat and urban local bodies for women. The implementation of reservation in elected local bodies in the last two decades has led to political empowerment of women. The Supreme Court of India had provided ‘Vishakha Guidelines’ to protect women from sexual harassment in working places. Accordingly, the Union government enacted The Sexual Harassment of Women at Workplace (Prevention, Prohibition and Redressal) Act, 2013. The Act establishes Internal Complaints Committee and Local Complaints Committee to provide redressal to women seeking justice from sexual harassment in their workplace. Parliament had earlier passed The Protection of Women from Domestic Violence Act, 2005 to provide justice and protection from violence within their homes.

In conclusion, one can say gender equality paves way for empowerment of the half of humankind.