Before the European discovery of America three centres of civilisations existed there in Mexico in Central America and in Peru in South America.

Before the European discovery of America three centres of civilisations existed there in Mexico in Central America and in Peru in South America. The Maya, the Inca and the Aztec Civilizations were highly advanced. There were several states in each of these areas of civilisation. Well organised and strong governments existed. Around the eleventh century, large cities formed into a league of Mayapan (centre of Maya civilisation of Native Americans American Indians). For over hundred years the League of Mayapan lasted. Though Mayapan was destroyed towards the close of twelth century, other cities continued. Aztecs from Mexico conquered the Maya country in the fourteenth century and founded their capital city of Tenochtitlan. For nearly two hundred years the Aztecs ruled their empire.

European Colonisation and its Impact

In the sixteenth century (around 1519) when the Aztecs were at the height of their power, the whole empire collapsed before a handful of adventurers led by a Spaniard named Hernan Cortes. Mexican civilisation collapsed. With it the great city of Tenochtitlan also perished. This is one of the world's worst genocides. The other famous Conquistador (conqueror) was also a Spaniard by name Francisco Pizarro. who led the conquest of the Incan Empire. Later the Spaniards made Peru a part of their dominions. 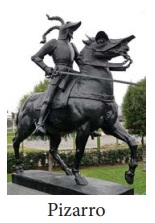 By the late 18th century, demand for political freedom, administrative autonomy and economic self-determination was articulated throughout Latin America. There were bloody conflicts between Haitian slaves, colonists, the armies of the British and the French colonizers. These struggles led by Toussaint L'Ouverture during 1791-1804 ended in the Haitian people’s independence from the colonial control of France. Haiti thus became the first Caribbean country to throw off slavery and French colonial control.

Impact of Napoleonic Invasion of Spain and Portugal

The American and French Revolutions provided inspiration to the Latin Americans. The Napoleonic invasion of Spain and Portugal in 1808 quickened the process of liberation Struggle in South America. Already the spirit of independence was growing under the leadership of Simon Bolivar, called El Liberator, the liberator. In the case of Brazil, the Portuguese royal family in the context of conquest of Portugal by Napoleon fled from Lisbon and thereby assisted the transition of Brazil from colony to independent nation. Pedro I renouncing the claim to the Portuguese throne declared independence of Brazil.

The fight for independence intensified when Napoleon fell in 1815. But Monroe, the President of the USA, came up with his famous Monroe doctrine, which declared that if Europeans interfered anywhere in America, north or south, it would amount to waging a war against the United States. This threat frightened the European powers. By 1830 the whole of South America was free from European domination. Thus the U.S. protected the South American republics from Europe; but there was no one to protect them from the Protector, the United States.

Latin American nationalists fought not only Spain and Portugal but also each other. In 1821 Central America seceded from Mexico. Later (1839) Central America itself split into five republics (Costa Rica, El Salvador, Guatemala, Honduras, and Nicaragua). Uruguay split from Brazil in 1828. In 1830 Venezuela and Ecuador seceded from Gran Columbia, the republic created by Bolivar. 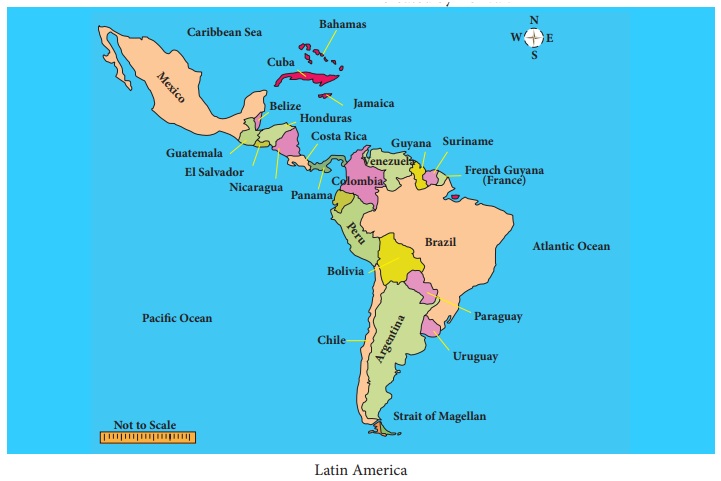 At the dawn of the twentieth century the United States had occupied Cuba and Puerto Rico, after defeating the Spanish in 1898. From 1898 to 1902 Cuba was under US military rule. When the Americans finally left they retained a naval station in Cuba. Roosevelt made an important amendment to the doctrine in 1904. It authorised US intervention in Latin America ‘in order to maintain order.’ After effecting this amendment, the US became the dominant influence not only politically but also in economics.

The situation created by the Great Depression made it impossible for oligarchic regimes to accommodate the rising expectations of several assertive groups. In Mexico, there was violent social protest involving dissatisfied segments of the oligarchy, middle-class intellectuals, and peasant communities. Elsewhere electoral reform enabled newer social groups to obtain political power through the ballot box. 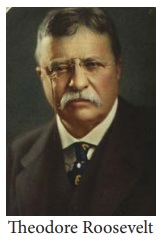 Latin America protested American intervension and disliked their “dollar imperialism”. The opposition to political intervention produced a change in US policy after 1933. Franklin Roosevelt in his “Good Neighbour” policy agreed that the US would not intervene in the internal affairs of any state, and would give economic and technical assistance to Latin America.

Dollar Imperialism, the term used to describe the policy of the USA in maintaining and dominating over distant lands through economic aid.