* The field of study of the universe is called astronomy.

* The universe consists of galaxies, planets, stars, meteorites, satellites and all other forms of matter and energy.

* The reversal of direction of planets is called as ‘retrograde motion’.

* The geocentric theory followed by the ancient people proposed that the Earth is at the centre and the sun and other planets revolve around it.

* Galilio gave the observational evidence to support the heliocentric theory

* There are at least hundreds of billions of galaxies in the Universe.

* A galaxy is a large collection of stars or cluster of stars and celestial bodies held together by gravitational attraction.

* A constellation is a recognizable pattern of stars in the night sky when viewed from the Earth.

* An object that revolves around a planet in a stable and consistent orbit is called a satellite.

* The Indian Space Research Organization (ISRO) is the space agency of the Government of India headquartered in the city of Bangalore. 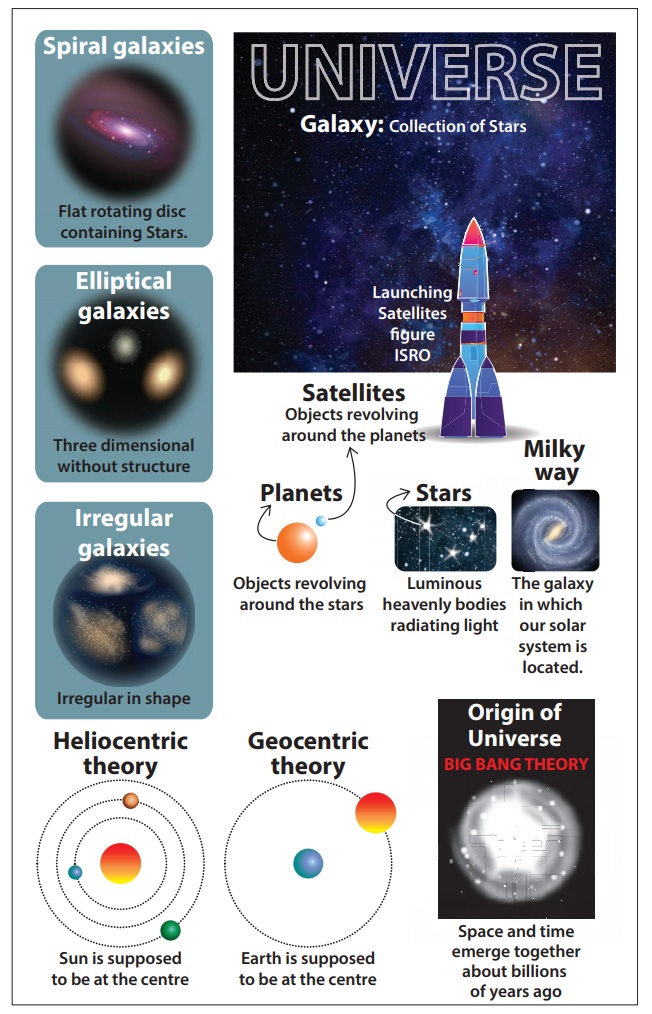 Let us know about Universe and space

Step 3: Click the top most icon in the side bar then Click the RUN INTRO button to see the various views of the solar system and universe

Step 4: Click the bottom most search icon in the side bar to search a particular planet, constellation, stars and Spacecraft.

Step 5: By dragging the mouse left ,right, up and down you can see the various views and scroll the Mouse to zoom in and zoom out .

Step 6: Click the play button to see the solar system in year wise. 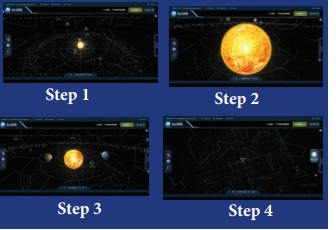