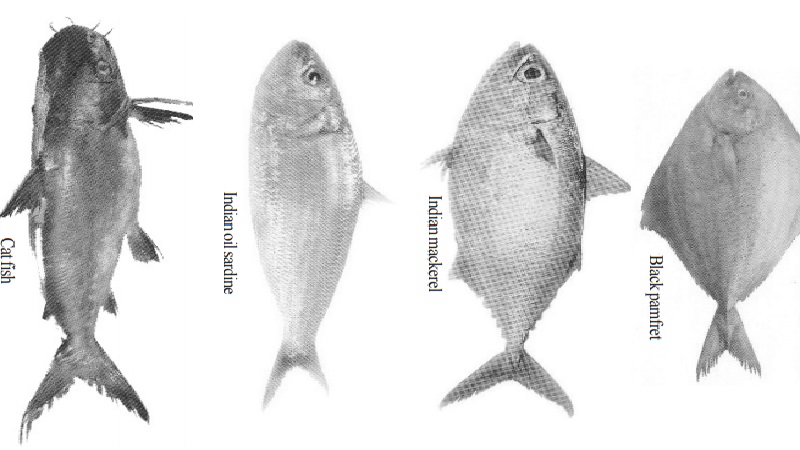 Fish farming is a productive venture. Fishes are highly nutritious sources of easily digestible proteins (rich in lysine and methionine. They are essential amino acids); minerals like calcium, phosphorous, iron, sodium, potassium, magnesium and sulphur; vitamins such as A, D and health promoting fats. Fish are the source of polyunsaturated fatty acids which are helpful in cholesterol regulation and promoting cardiac health. Fish farming can help in integrated rural development by generating employment opportunities.

The following criteria should be considered before selecting a fish for farming purpose.

�  Rate of growth :Fish which grow to a larger size in shorter period are suitable for culture.Eg. Carps.

� Adaptation to climate: The cultured species of fish should be able to adapt to the local climatic conditions of the farm.

�Tolerance: The fish should have the capacity to tolerate wide fluctuations in the physico chemical conditions such as oxygen, salinity, temperature etc of the water.

�Acceptance of artificial feed : When more number of fish is to be accom-modated in a limited space, there is the need for supplementary feeding on compounded diets. The fish should show ready preference for these feeds.

�Resistance:It is desirable that the cultured fish is hardy enough to resist the common diseases and attack of parasites.

�  Amiability and compatibility: The fishes proposed to be cultured together ('poly culture') should be able to live together without interfering or attacking the other.

� Conversion efficiency: The species of fish which give more edible flesh per unit of food consumed, is preferred.

�  Consumer's preference: Food preference of people vary with the geographic regions. Hence, the species cultured should be easily marketable locally or to the targeted consumers.

Lates calcarifer (Sea bass or cockup, 'Koduva') Mugil cephalus (Grey mullet, 'Madavai') Chanos chanos (Milk fish) esides these food fishes, there is an enormous potential for the mass culture of a variety of ornamental fishes, which can bring in high profit, also from overseas markets.