People always want to lead healthy life. But due to various reasons such as pollution, life style and natural calamities they are always prone to diseases.

People always want to lead healthy life. But due to various reasons such as pollution, life style and natural calamities they are always prone to diseases. So they need to fight against diseases in order to lead healthy life. Do you know how our ancestors treated diseases? There is a long history of plants being used to treat various diseases. They figure in the records of early civilisations of Babylon, Egypt, India and China.

When modern organic chemistry evolved at the beginning of nineteenth century, chemists isolated various alkaloids like morphine, quinine and atropine from plants and used them for treatment of diseases. After 1860, many developments arose from synthesis of medicinally important chemicals and were used for treatment of numerous diseases.

When scientists started using synthetic chemicals as medicines, they started to analyse the effects of those chemicals in human and made necessary modifications. Then another new branch of chemistry was evolved. It is called Pharmaceutical Chemistry.

Even though we use so many chemicals in our daily life, the chemicals used for treating diseases are termed as drug. The word drug is derived from the French word 'droque' which means a dry herb.

According to World Health Organisation, a drug is defined as follows: 'It is a substance or product that is used or intended to be used to modify or explore physiological systems or pathological states for the benefits of the recipient'. 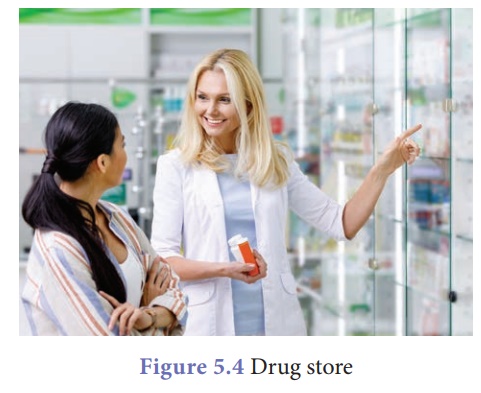 Can we use all chemicals as drugs? Definitely not. A drug must possess the following characteristics:

·           It should not affect the normal physiological activities.

Chemicals which satisfy the above criteria only are preferred as drugs.

The main sources of drugs are animals and plants. The modern manufacturers adopt many chemical strategies to synthesize drugs for specialized treatments which are more uniform than natural materials. The following table shows various sources of drugs. 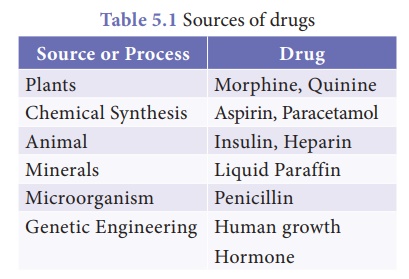 ·           The drugs that have some characteristic effect on the animal organism, but do not have any remedial effect for a particular disease. This class includes, morphine, cocaine etc.

The drugs which cause loss of sensation are called Anaesthetics. They are given to patients when they undergo surgery.

(a) Types of Anaesthetics

General anaesthetics: They are the agents, which bring about loss of all modalities of sensation, particularly pain along with ‘reversible’ loss of consciousness. For example, when a surgery is carried out on internal organs, this anaesthetics are given. The patient loses consciousness for specific period of time (depending on the duration of surgery) and get it back later. 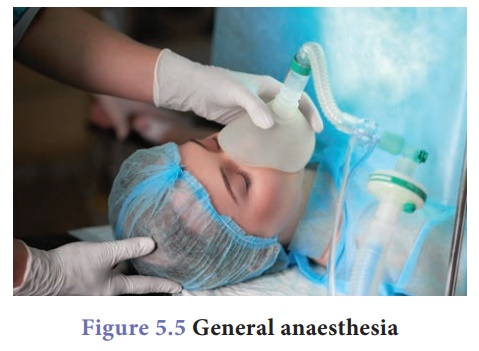 Local anaesthetics: They prevent the pain sensation in localised areas without affecting the degree of consciousness. For example, dentist give patients this kind of anaesthetics when carry out a minor surgery in teeth. 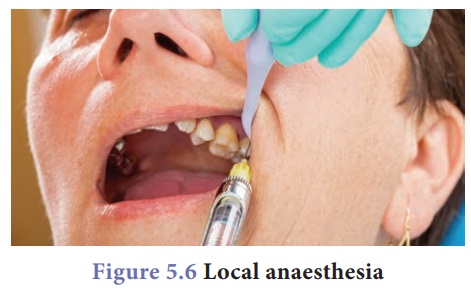 (b) Chemicals as Anaesthetics:

There are three major chemicals which are used as anaesthetics. They are:

Nitrous Oxide (N2O): It is a colourless, non-irritating, inorganic gas. It is the safest of the anaesthetic agents. This is used after mixing general anaesthetics like ether.

Chloroform (CHCl3): It is a volatile liquid. It has pleasant smell and sweet taste. With oxygen it forms a toxic carbonyl chloride. Hence it is not used now.

Ether: Diethyl ether or simply ether (C2H5–O–C2H5) is a volatile liquid. This is mixed with a stabilizer, 0.002% propyl halide. After absorption by tissues it attacks the central nervous system and makes the patient unconscious.

Analgesics are the compounds which relieve all sorts of pains without the loss of consciousness. These are also called as pain killer, or pain relievers. These are effective in headaches, myalgia and arthralgia. 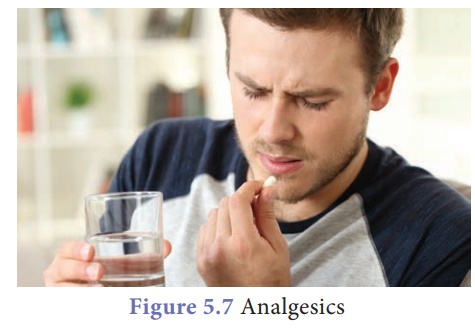 Aspirin and Novalgin are the commonly used analgesics. Aspirin acts both as antipyretic as well as analgesic. Certain narcotics (which produce sleep and unconsciousness) are also used as analgesics. The analgesics are given either orally or applied externally. In general, externally applicable pain killers come as “gels”. 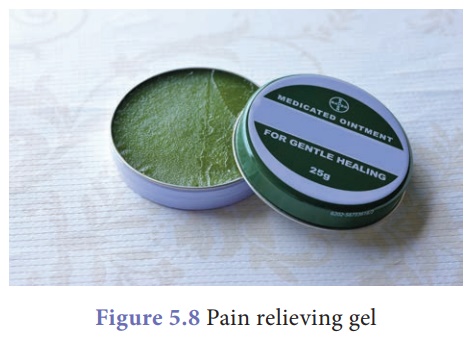 Antipyretics are the compounds which are used for the purpose of reducing fever (lowering the body temperature to the normal). They are taken orally as tablets and capsules. The most common antipyretics are, aspirin, antipyrine, phenacetin, and paracetamol. 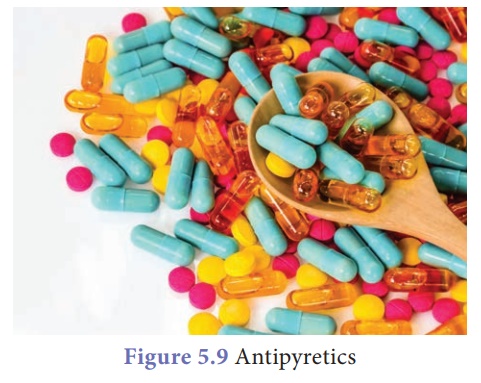 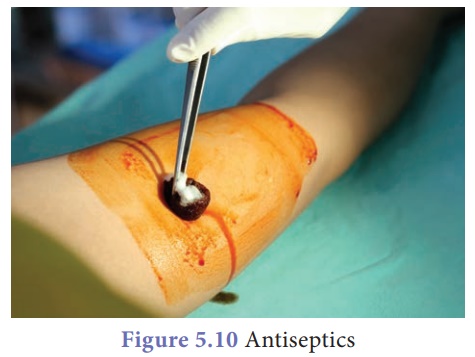 Malaria is a vector borne disease which causes shivering and fever. It raises the body temperature to 103-106°F. It causes physical weakness with the side-effects in liver and also causes aneamia.

Extracts of roots and stems of certain plants are extensively used as antimalarial. Quinine is a natural antimalarial obtained from Cinchona bark. The last antimalarial discovered in 1961 is pyrimethamine. However, quinine, primaquine and chloroquine are some of the best antimalarials. Chloroquine is used specially to control malarial parasites such as plasmodium ovale, plasmodium vivax etc. It is not used in curing the disease. It is used as an additive with other antimalarial drugs. 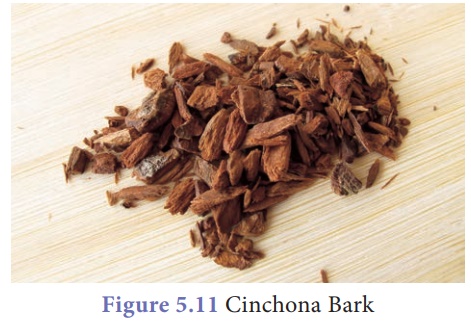 Many microorganisms (bacteria, fungi and molds) produce certain chemicals which inhibit the growth or metabolism of some other disease causing microorganism. Such chemical compounds are known as antibiotics. These need to be present only in low concentration to be effective in their antibiotic action. The first antibiotic 'penicillin' was discovered by Alexander Fleming in1929, from the mould Penicillium notatum. Penicillin is extensively used for rheumatic fever, narrowing of heart wall, bronchitis, and pneumonia etc.

There are three main sources of antibiotics: (i) Bacteria (ii) Fungi and (iii) Actinomycetes. The original antibiotics, like a lot of today’s antibiotics, are derived from natural sources. Certain plant extracts, essential oils, and even foods have antibiotic properties. Example: Honey, garlic, ginger, clove, neem and turmeric. 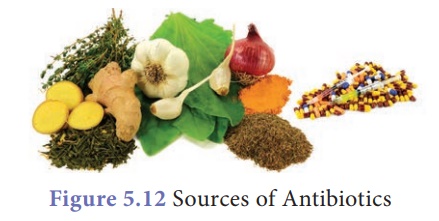 Quite often, after eating oily and spicy food, one may feel uncomfortable due to some burning sensation in stomach / food pipe. This is due to imbalance in the acidity in the stomach. Certain drug formulations provide relief from such burning sensation. These are known as antacids. Antacids are available in tablet as well as gel / syrup forms. These antacids contain magnesium and aluminium hydroxides, in addition to flavouring agents and colour. 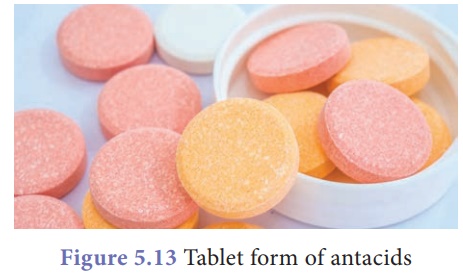